Quest For The Harmony: On the Vienna Reservations Regime and International Human Rights Treaties 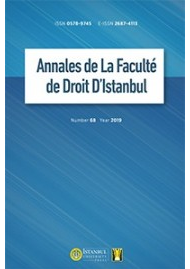