In Pisidia/Lakes Region, the architectural and pottery development of the Neolithic period is known from the settlements of Hacılar, Bademağacı, Kuruçay, and Höyücek, at which excavations have been finalized in the region. The archaeological data collected from these settlements clarify in detail the architectural and pottery development of Pisidia/Lakes Region in the Neolithic Period and are significant in determining the place of the Southeastern Anatolia Region within the Neolithisation process. In this context, the data obtained from the aforementioned excavations provide important clues to understand the cultural structure of the region’s Neolithic Period and the network of relations established between the region and its contemporary settlements. One of the primary objectives of this study is to ascertain the direction and existence of communication between the said region and the neighboring and distant regions in the Neolithic Period. The data acquired from the excavations necessitate a re-evaluation especially of pottery wares and forms, for the purpose of using a common language for the region. In this context, the pottery finds of the settlements were renamed in this study. In light of the archaeological data, concerning the chronology problem at Hacılar, and especially the controversial issue of the intended purpose of Höyücek during the Shrine and the Sanctuary Phases, a different perspective tried to be captured through new suggestions.

It is already acknowledged that settled life began in Anatolia before agriculture and animal husbandry. The Neolithic period, updated in line with the new-generation archaeological studies, is currently placed within the date range of circa 11000 - 6000 BC. It is known that the Neolithic lifestyle, point of origin being the Near East, is transmitted to Europe via the Aegean area and the Balkans. It could be said that the transmission to the Coastal Aegean area and subsequently to the Aegean Islands and Mainland Greece is via Pisidia/Lakes Region. Pisidia/Lakes Region is situated within the narrow strip of land that stretches approximately 60 km in the north - south direction from the pit of the Burdur Lake to the southern versant of the Taurus Mountains, which separate the Antalya coastal plain from the Anatolian Plateau. The information acquired from the excavations conducted in Hacılar, Bademağacı, Kuruçay and Höyücek settlements of the region is significant in casting a light on the architectural and pottery development of the Neolithic Period of the region.

James Melaart was the first person to conduct surface surveys in Pisidia/Lakes Region, between 1951 and 1952, and encountered about 25 prehistoric settlements. J. Melaart, during his excavations in Hacılar between 1957 and 1960, discovered the pre-Early Bronze Age settlements, whose existence was unknown in Anatolia until then, and used for the first time the terms, Neolithic and Early Chalcolithic Age, for Anatolia (Duru, 1994). Subsequently, Refik Duru carried out excavations in Kuruçay between 1978 and 1988, in Höyücek between 1989 and 1992, and the Bademağacı excavations together with Gülsün Umurtak between 1993 and 2010. All these excavations played a significant role in illuminating the Neolithisation process of Pisidia/Lakes Region.

In this study, the architectural and pottery traditions of the subject region are approached from a different perspective, based on the results of a growing body of new-generation Neolithic Period excavations in Anatolia. Thereby, the existing data, which could be interpreted as “tradition” for the said period and which reflects the association or common mindset among the settlements, is opened for discussion and some suggestions are attempted to be presented.

Especially regarding the architectural tradition of the Early Neolithic Period (EN), it would not be wrong to say for the settlements examined in this manner, in addition to a few common features such as terrazzo floors, kilns, ovens and silos, that each settlement actually has its own unique architectural understanding. In the region, terrazzo floors are only encountered in Hacılar and Bademağacı settlements, and undoubtedly the buildings in which such floors were discovered are -as we know from some settlements in Southeastern Anatolia- among the special-purpose buildings. Although having a controversy about their functions, another group of special-purpose buildings belonging to the EN were unearthed at the Höyücek Excavation. There is not another building complex similar to this one, which is characterized in Höyücek as a shrine, found in the Neolithic Period of the Pisidia/Lakes Region. Number 4 of this building complex, which consists of a total of 5 buildings, has been interpreted by the excavators as the most sacred place of the complex due to the finds recovered inside and the fact that the room was not suitable for living.

As for the Late Neolithic Period (LN), it could be observed that the architecture in the Pisidia/Lakes Region contains comparably more common elements than the previous period. In some of the settlements, the horseshoe-shaped hearths, rectangular ovens and silos found in settlements are common features. In layers 13 and 12 of Kuruçay, which present a different architectural understanding when compared with the other settlements of the region, there are no ovens, silos, or storage boxes, only a horseshoe-shaped hearth with a pebble pavement floor in layer 12 of Kuruçay (Duru&Umurtak, 2005, s.147). Höyücek, with all its architectural features, again varies from the Pisidia/Lakes Region Neolithic settlements. Pisidia/Lakes Region’s Neolithic Period Pottery ware groups, which are re-evaluated in order to use a common language, are separated into five groups as Red/Reddish Brown Ware Group, Beige/Buff/Light Gray/Light Brown/Red Ware Group, Red/Gray/Dark Brown Ware Group, Dark-Surfaced Ware Group, and Plain Ware Group.

The Red/Reddish Brown Ware Group is the most common group in the region throughout the Neolithic Period. It could be observed that in LN the usage of this group has increased. However, it is seen that the Dark-Surfaced Wares, even though have been found in plenty in ENA, have lost their former popularity in LN. In the Pisidia/Lakes Region’s Early and Late Neolithic pottery, the repertoire generally consists of the same forms. The most common forms we encounter in EN are bowls and jars with inverted rims, and “S-profile” bowls. Although a significant increase in the number of bowl forms is observed in LN, it could also be seen that forms such as bowls with straight bodies, spouted bowls with everted rims, and flasks, only known from Hacılar, appeared for the first time in this period.

In addition to the architectural remains of the Pisidia/Lakes Region, the pottery finds from which more archaeological data could be acquired are significant in determining whether there was a relationship with the neighboring Neolithic Period settlements in Western Anatolia. These relations must have been maintained through the natural passages and access roads situated between the Pisidia/Lakes Region and the neighboring regions. Considering its location, these passages are of great importance for the Pisidia/Lakes Region, which is surrounded by high mountain ranges, to establish contact with neighboring regions. The close parallelism between Ege Gübre’s and Yeşilova's carinated bowls with inverted rims and straight bodies is consequential in proving the cultural interaction between the two. This interaction must have been maintained through the route of the Büyük Menderes River and partly the Gediz Basin, where access to Coastal Aegean area is quite easy.

In addition, similar pottery forms and decorations found in settlements such as Sesklo, Argissa Magula and Achilleion in Mainland Greece are of great importance in showing that the pottery dated to the Neolithic Period had been transported via the Pisidia /Lakes Region, following a path from there first to Coastal Aegean area, then onto the Aegean Islands and Mainland Greece, and that, thanks to this, the Lakes Region’s Neolithic Period pottery tradition has been conveyed to the West. As a result, the area of this study is consequential in demonstrating how the settlements of Hacılar, Kuruçay, Höyücek and Bademağacı reflect the arrival process of the Neolithic lifestyle in Central Anatolia to the Pisidia/Lakes Region. The studies conducted around İzmir, particularly in Ege Gübre, Ulucak, Yeşilova, and Çukuriçi, indicate that the Neolithic lifestyle reached the West, the Aegean coasts, via the Pisidia/Lakes Region around the years 7000 BC. 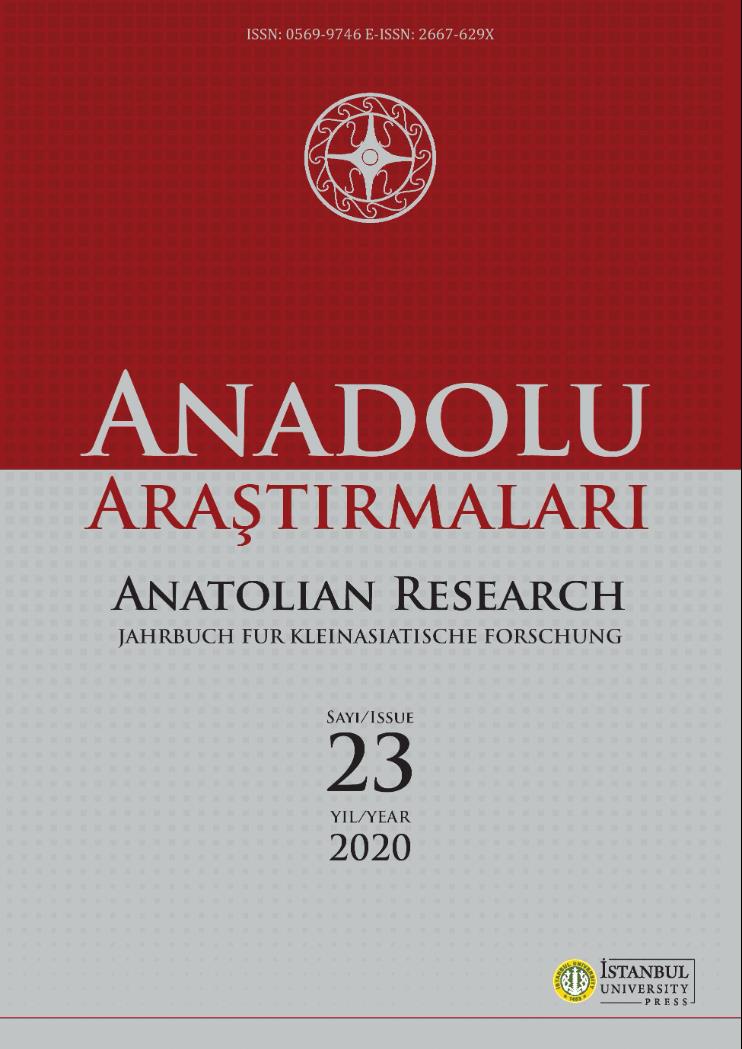