In the Turkish legal system, the contractual relationship whereby the agent undertakes to conduct a particular business or provide certain services of the principal is known as an “agency contract” {Turkish Code of Obligations (TCO) art. 502}. The definition, scope, and obligations of the parties and the contract’s termination are expressly regulated in our law. Under this contract, legislators have given the parties the right to revoke with a unilateral declaration of will without reason (TCO art. 512). This provision is one of the most prominent and ambiguous provisions of both the TCO and the agency contract. It has been the topic of much discussion in legal doctrine and court decisions of Turkish and Swiss law. These debates are concerned with the scope of the revocation right and whether the right is of an imperative or regulatory nature. Provisions about contracts in the codes have proven insufficient to meet the new conditions in real life over time. For this reason, contractual parties have tried to meet their needs by concluding innominate contracts based on the principle of freedom of contract. The agency contract is general contracts for the management of another’s affairs (TCO art. 502/2). Therefore, it is noted that the provisions of the agency contract apply to an innominate contract for the management of the affairs of another, insofar as this provision is also suitable for their nature (TCO art. 502/2). This article has attempted to determine the legal nature of the revocation right, which is the specific means for termination of an agency contract, and whether it will apply to innominate contracts.

Art. 512 of the TCO is considered a problematic regulation in the field of agency law because this provision has led to many discussions in legal doctrine and court decisions of Turkish and Swiss law. The first of these discussions concerns whether the provision is of an imperative or regulatory nature. If it is concluded that the provision is imperative, it is not possible for the parties to regulate the unilateral revocation right by contract and to condition the exercise of this right under some conditions. Conversely, if one concludes that TCO art. 512 is of a regulatory nature, the contracting parties may restrict or completely revoke the exercise of the unilateral revocation right.

The second issue that is controversial and needs to be determined concerns the scope of the unilateral revocation right. Because of economic and technological developments or changes in the purposes of contracting parties, the parties choose to conclude the various contracts that are not regulated by law. Hence, according to the principle of freedom of contract (CRT art. 48, TCO art. 26), innominate contracts may arise that are not included in our law. The agency contract is general contracts for the management of another’s affairs. For this reason, it is pointed out that the provisions of the agency contract apply to innominate contracts for the management of the affairs of another, insofar as this provision is also suitable for their nature (TCO art. 502/2). The question whether art. 512 of the Turkish Code of Obligations applies only to simple agency contracts within the meaning of TCO art. 502 or to what extent it also includes innominate contracts for the management of the affairs of another must be answered.

In this article, priority shall be given to innominate contracts in general and the relationship between innominate contracts and agency contracts. Then, in order to clarify the above two questions, the idea of the appropriate legislator to regulate TCO art. 512 has to be dealt with. Subsequently, by evaluating the expression and content of the provision of TCO art. 512, the discussions about its legal nature should be examined on the basis of legal doctrine and court decisions. Eventually, the legal nature of the unilateral revocation right and the question of its application to innominate contracts is to be assessed under a separate heading. The results achieved are generally to be discussed in the final section. 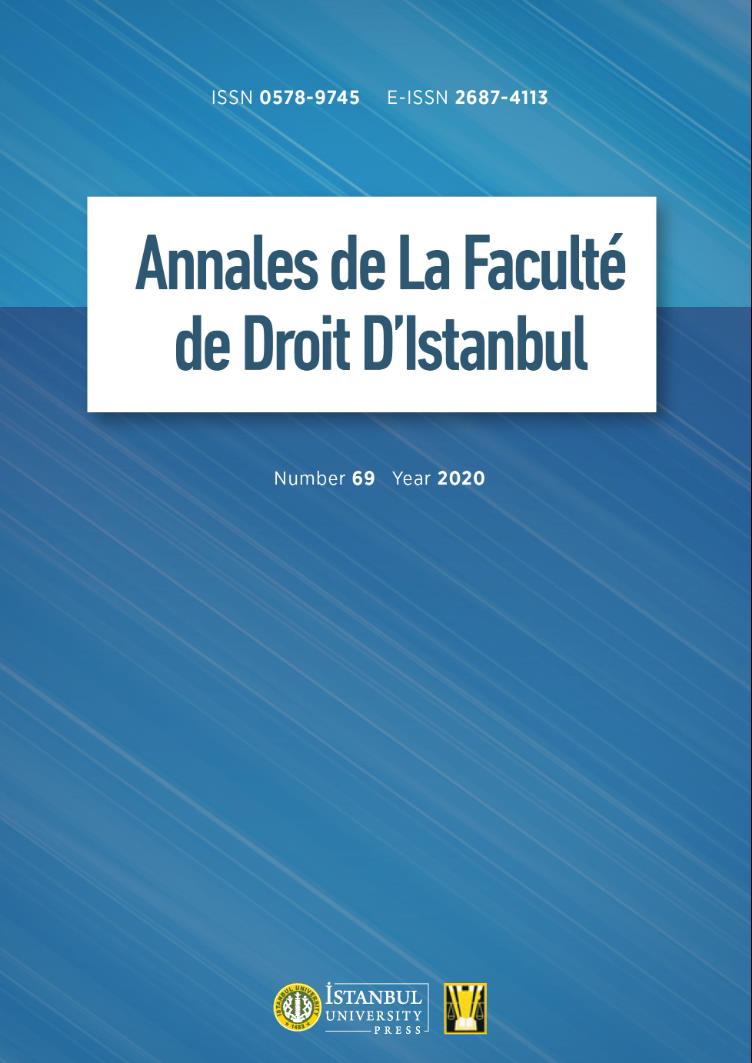