Culture is a whole and consists of the values that shape human life. As abstract concepts, cultural values are embodied in various forms, like a functional space, a tool, or a behavior pattern when they are involved in human life. In addition to cultural values, the lives of individuals are shaped by the political, economic and social conditions of the society in which they belong. With the change of these conditions, the spaces in which life passes are reshaped. In this process, changing lifestyles inevitably define new forms of behavior and create new spatial needs. As a natural consequence of this situation, new uses and spatial relations are expected to emerge.

The relationship between society and space is a reciprocal and dynamic phenomenon. Lefebvre states that space is a product of society and that social, economic and political elements, which are unique to society, shape the physical environment. According to him, shaping is a mutual process, and the space produced by society becomes a means of reproducing itself. This statement explains how spaces and spatial fictions are formed that are distinctive for the society.

The proclamation of the Republic in our country and the process of restructuring and development in every field after that has brought changes in the lives of the society and individuals. Studies on the spatial formation of the Republican era residence based on social and cultural change began to emerge in the early 2000s. Güney examined the spatial reflections of the new life that came with the Republic through period apartments in Ankara, while Erman et al. questioned the impact of social, cultural and economic changes on the shaping of the housing space via the research completed in 2007. In addition to similar studies, Dursun analyzed the dwellings that were built in different periods and belonged to different cultural groups within the urban fabric of Trabzon. The common results of these studies can be summarized as the space is shaped by the character of the period, each period creates its own space, cultural tendencies and cultural behaviors are embodied within space and spatial relations, and although similarities are observed in the use of space in different cultures, differences occur in spatial relations.

It can be said that the effects of the modernization movement that started with the Early Republican era begun to be seen in Gaziantep city in the 1950s. Since these years, it is seen that modern life has started to come into being in the housing space and the traditional housing structure has been replaced by the houses designed with a modernist approach. Before the Republican era, traditional Antep Houses, which consisted of rooms facing the same courtyard or sofa, were the common residential buildings where crowded families resided in the city. Each of the rooms was a separate residence in itself and several generations lived in the same dwelling in a patriarchal family order. The changing socio-cultural and socio-economic structure inevitably affected the existing family life. The increase in the level of education of family members and the fact that women are more involved in business and social life together with men have enabled the outward way of life to become widespread. The individuals, who started to live their lives as required by modernization, turned to the renewal of the place where they lived. As a result of this, modern houses were built in this period in such a way that the elders of the family and each of the married children could live on a separate floor. It is possible to say that this situation is an indicator of the effort to maintain the family integrity in the modern housing life. Therefore, it is thought that the change in social and cultural structure is reflected in Gaziantep’s housing culture and the modernist attitude of the period has caused the change of housing schemes. This new architecture has also changed the shape and spatial relations of the residential space.

In this context, the aim of this study is to determine the change of the configuration of the house based on the assumption that the housing is a reflection of the social life and the changing dynamics of the society affect the shaping of the housing space. In order to determine the effect of socio-cultural and socioeconomic changes on housing culture and housing, ten housing schemes that were built between 1960 and 1980 were analyzed. In addition, it was aimed to determine the effect of traditional and modern elements on the plan features and spatial structure in the shaping of the house. Space syntax analysis technique was used to observe the change.

Space syntax analysis method was developed by Bill Hillier and his team at the University College of London (UCL) in the early 1970s. The aim of the method is to reveal the interactions of the spatial relations in a built environment with the social environment. In this study, space syntax analysis was performed by using the Depthmap X package program developed by Alasdair Turner and Eva Friedrich in UCL Space Syntax Laboratory between 2000-2011. Within the scope of the study, Step Depth Analysis and Justified Graph Analysis were performed by using space syntax method. In the frame of the analysis, residential spaces were grouped according to their functional features and user’s characteristics. Accordingly, spatial groups were as follows:

The results of the study pointed out that traditional elements affect the formation of the housing plan, the configuration of the housing area changes over time and the impact of social and cultural factors on change. Although it was in the same geography, it was clearly seen that the changing of the life style and the differentiation in living culture conditions over time caused the housing scheme to change. This result confirmed once more that housing is a cultural element and it is a reflection of life. 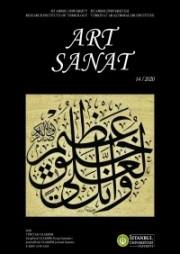