The Middle East has been a region of significant importance for Russian interests in the historical process. This have never changed until nowadays even though Russia has been governed by three different regimes. The region, which has become an area of international competition, offers Russia, among other things, the opportunity to achieve its ambitions to be a global power again. Russia, having had to withdraw from the region after the Cold War, had returned to the Middle East after Putin took and recovered its power. During this period, she made significant achievements but lost all of these achievements with the Arab Spring due to her unprepared posture. Therefore, its success in the region depends largely on the success of its policy in Syria. In this study, I will discuss Russia's policy in Syria, which has a very important geopolitical position in the Middle East region, the answer to the questions of whether finally this mentioned policy is able to contribute to the achievement of Russia’s regional goals, and most importantly, in what kind of regional and global consequences are resulted, will be sought. 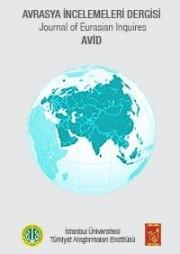