Russian Turkish Authours, Their İdeas and Their Contributions to Turkishness in Türk Yurdu Magazine

This study focuses on the thoughts of Russian Turkish writers who contributed to the ideal of Turkish nationalism in Türk Yurdu magazine. Russian Turk intellectuals have produced content that can be understood by the public by collecting scientific data about Turcology with their research and studies on Turkish history. In this way, they created an awareness of the Turkish self on the cultural ground and an awareness of Turkishness. These activities were first continued in Türk Yurdu magazine, which they pioneered. In terms of instilling a Turkish identity and a national identity by establishing a connection between Turks, Türk Yurdu magazine has become a Pan-Turkist magazine with a rich staff where Ottoman Intellectuals and Russian Turk intellectuals meet on a common ground. The magazine also constitutes an important source of Turkish nationalism ideal in the Ottoman period. The founder and writer staff of the magazine, being predominantly immigrant Russian Turks, are thought to have an important role in the Turkism movement and the awareness of Turkishness. Türk Yurdu magazine consists of 17 volumes between 1911-1931. However, this subject, which should be examined in a wide range, is limited to 1-2 volumes between 1911-1912. The aim of the study is to show that during the period 1911-1912, when the national awakening of the Turks started to rise, Russian-Turk writers made important contributions to Turkish knowledge and national awareness. In order to achieve this goal, we also touched upon the political atmosphere that developed in that period and investigated the contributions to Turkishness; The rise of Turkism ideas among Russian Turks in Türk Yurdu Magazine, Türk Yurdu magazine and its publishing policy, Russian Turkish Writers and Turkism Ideas (1911-1912).

This study focuses on the thoughts of Russian Turkish writers who contributed to the ideal of Turkish nationalism in Türk Yurdu magazine. Russian Turk intellectuals have produced content that can be understood by the public by collecting scientific data about Turcology with their research and studies on Turkish history. In this way, they created an awareness of the Turkish self on the cultural ground and an awareness of Turkishness.

The Turkism ideas of the Russian Turks took advantage of the relative freedom environment provided by the 1905 revolution. Their ideas began to emerge after the Young Turk Revolution (2nd Constitutional Monarchy-1908) in the Ottoman Empire. Since this date, the Russian Turks, who could not maintain their Turkism ideas in Russia and could not get the right to equality and freedom, tried to gather under one roof and make their voices heard in the Ottoman lands. We see the first examples of this purpose in Türk Yurdu magazine, which is the first publication of the Turkism organization.

Türk Yurdu magazine has become a publishing platform where Turkism ideas of both Russian Turks and Ottoman Turks meet on a common ground. The most important feature of the magazine was that it coincided with the 19th century world where there was nationalist turmoil and that it announced intense Turkish ideas in Ottoman lands since its first publication. Türk Yurdu magazine was a magazine that tried to spread the ideas of Turkish nationalism in order to fill the ideology gap that emerged in the political and social environment during this period. The writer’s staff consisted of the brightest-minded intellectuals of the period. Magazine; He was trying to enlighten the Ottoman Turks with subjects such as language, history, geography, ethnography and economics. Thus, they aimed to provide a nationalism program based on the Turkish race in order to preserve the unity of the empire. In this context, the Pan-Turkist movement initiated by the Russian Turks against the Tsarist regime also paved the way for the attempt to establish a national state in the Ottoman Empire with Türk Yurdu magazine.

With the magazine Türk Yurdu, the Turks of Russia showed that they can provide information about the “idea of Turkishness” in general and the awakening of the Turks can be achieved with a national identity and a national spirit. They aimed to create a national public opinion among the Turks and took this path they drew mostly from the ideas of İsmail Gaspıralı. As can be seen, the thoughts of Russian Turkish writers are important in terms of being the first sources that provide national awareness and highlight Turkishness.

Türk Yurdu magazine acted in a Pan-Turkist line with a nationalist program designed by Yusuf Akçura. Türk Yurdu magazine suspended its publication in the first period due to the Turkish national struggle period between 1911-1918. The second publication period was between 1924-1931 with the establishment of the Republic of Turkey. Later, after 1954, it appeared within the body of Turkish Hearths and continued as a publication addressing the entire Turkish world. The last issue of Türk Yurdu magazine in its 110th year is the 405th issue in May 2021. 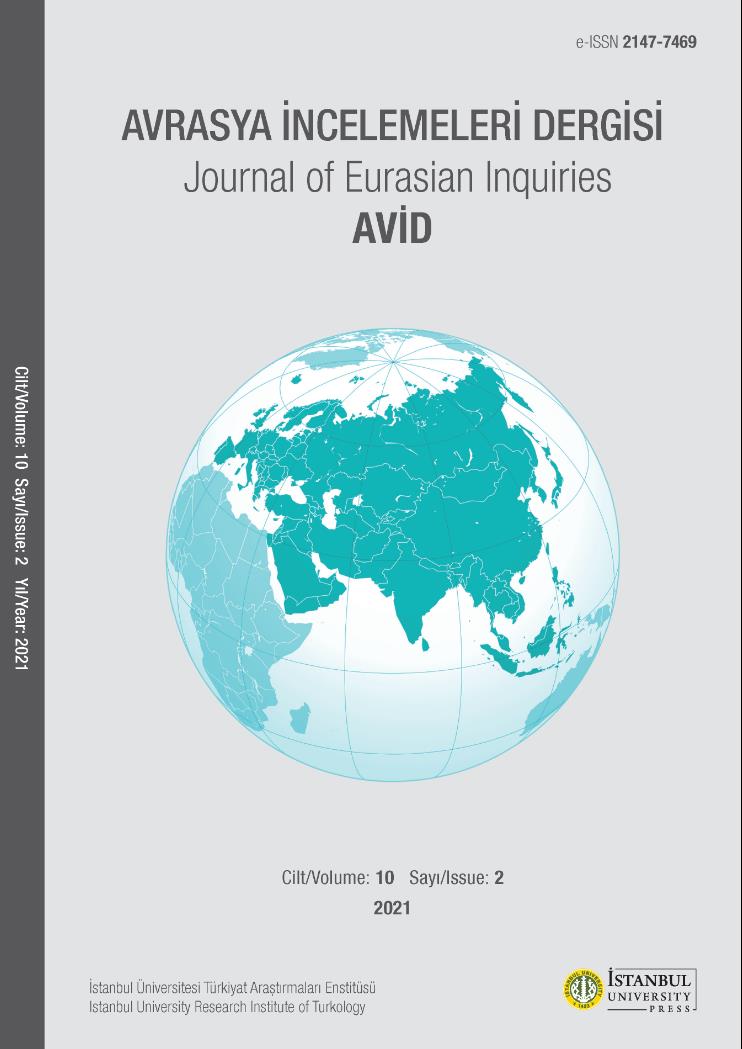