This study examines the piano music of İlhan Baran, one of Turkiye’s contemporary composers, and his “Three Bagatelles.” Baran is seen in many of his articles and speeches to have emphasized that the path leading contemporary Turkish composers to become more universal should be based on the local données cultivated through any technique the composer chooses. In this context, the composer’s piano piece “Three Bagatelles,” a work that reflects Baran’s language, abstractionist approach to the local musical données of Anatolia, and understanding of abstract art, has been deemed suitable for examination. Through this process, this study searches for the essence of the conceptional roots of his “Three Bagatelles” in light of the composer’s articles and personal interviews and examines the essence itself using a deductive approach. The study then reexamines the entire piece using what was obtained from these points with an inductive approach. The findings are discussed with respect to Baran’s words declaring the influence of Paul Klee’s painting style on “Three Bagatelles” and references to Klee’s artistic approach in order to define Klee’s traces in the composer’s work. As a result of this study, the musical data obtained through examination and analysis is intended to be able to shed light on Baran’s musical language and methods of abstraction.

This study examines the piano music of İlhan Baran, the contemporary Turkish composer, and his “Three Bagatelles.” As a student of Ahmed Adnan Saygun, a first-generation contemporary Turkish music composer, Baran has synthesized the modernist techniques of his age with the essence of Turkish folk music using abstractionist approaches. This study aims to shed light on the composer’s musical identity by centering on one of his early works, “Three Bagatelles,” in the context of its relation to Paul Klee’s art and to investigate the structure of the piano piece itself.

As a result of the literature survey completed at the beginning of the research process, not many studies are seen regarding Baran’s work that have focused on analyzing his work and musical language. Many of the existing studies have paid attention to the pedagogical importance of the composer’s works, while others involve broad-scale research without scrutinizing the composer’s musical language. In this context, this research is hoped to be able to contribute to filling this existing gap and to reflecting upon the composer’s musical approach in order to represent a modal for contemporary Turkish compositional techniques in light of the composer’s own articles and speeches.

The study method involves a series of structural and serial analyses carried out on the work. Following these analyses, the obtained findings are interpreted in terms of their relationship to abstractionist music and to Paul Klee in light of the composer’s own articles and speeches about “Three Bagatelles”. As part of the work’s title and defining its structure, a bagatelle indicates a short instrumental piece mostly composed for piano without any specific form or structure (Brown, 2001). By taking the work’s shapeless structure into consideration, each bagatelle is first analyzed regarding its form. As a result of these analyses, the characteristic shapes of the bagatelles are uncovered and discerned. The musical nuclei the composer used in the work are found through a serial analysis of these determined characteristic shapes. The essence of the music is then discovered using the findings obtained from this deductive approach. In light of these discoveries, the shape symmetries and patterns the composer constructed in the music are revealed, this time with an inductive approach that covers the whole in detail. Lastly, the study comments on the resemblances between “Three Bagatelles” and Klee’s art by following these findings and the ideas the composer presented in his articles.

In the extractions from these analyses, “Three Bagatelles” is seen to have been constructed and composed with an unshaped formal approach. Each bagatelle seems to center on a series of shapes denoting traditional folk music instruments and made of tetrachords created from various serial abstractions derived from Turkish folk music.

The results of these analyses show a picture of the composer’s abstractionist approach of his time. In Baran’s work, the music is seen to be rich in terms of the modernist composition techniques of his age, with practically mathematically constructed shape patterns and symmetries not disrupting the natural sound. By examining the studies on Klee and his understanding of art together with Baran’s interviews and articles about his own music, Klee’s artwork and use of form, figures, and abstractions is concluded to have inspired and helped construct the philosophical aspect “Three Bagatelle.”

By following Baran’s own words and matching them to his style of composition, the framework of this piece can be considered a template for how to make abstractions of the local musical données in order to tread a path to a universal genuine language. 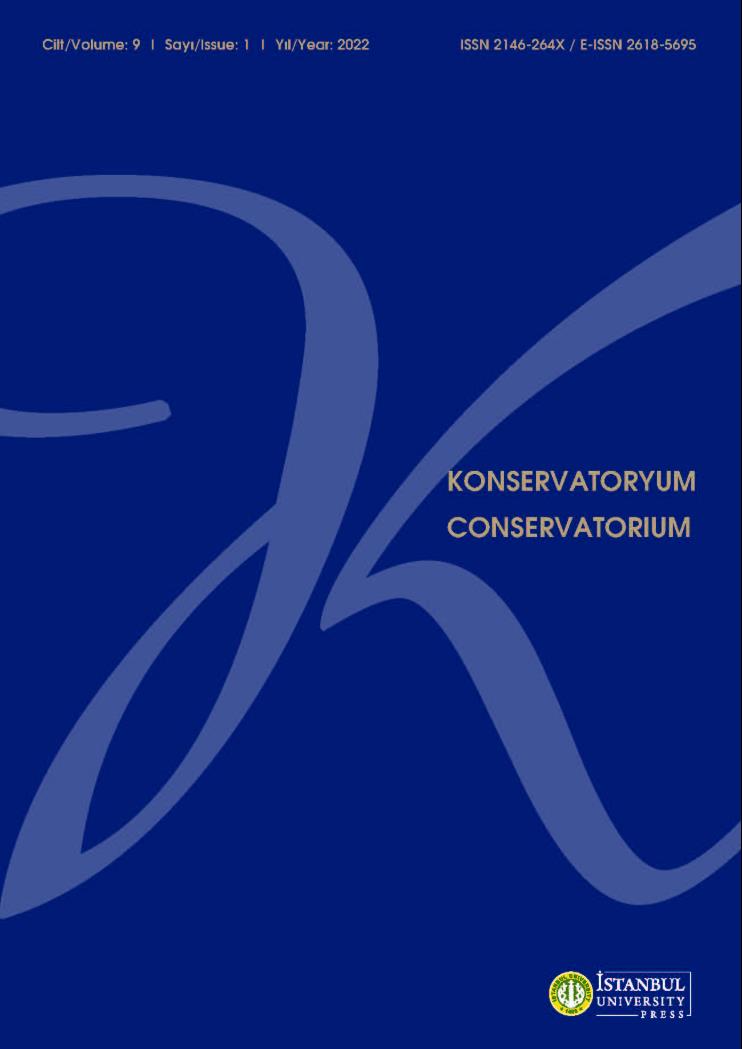