As a result of the convergence hypothesis that the growth rates of developing and underdeveloped countries will be higher than those of developed countries, underdeveloped and developing countries will catch up with developed countries. In other words, the real gross domestic product of all countries will be equalized after a certain period of time. This idea is basically based on the law of decreasing yields. As a result of the capital increase of developed countries, which have reached the saturation point in terms of capital, the output increase rate is below the output increase rate as a result of the capital increase of underdeveloped and developing countries, which are insufficient in terms of capital. The basis of the convergence hypothesis is based on Solow (1956). Until Solow’s work, an acceptable theoretical explanation could not be given to this phenomenon, which was voiced by many theorists prior to Solow. The basis of the convergence hypothesis is based on Solow (1956). Moreover, most of the growth models are directly or indirectly based on the Solow model. There are multiple types of convergence tested in the literature. Earlier models did not distinguish between old and new technology, and looked at both old and new technology with one vision. The introduction of technological progress means that there is a difference in the efficiency of old and new technology. Thus, the model means that only physical capital accumulation cannot bring about growth per capita or increase the amount of production. In particular, given a microeconomic specification of technologies and preferences, the per capita output in an economy will approach the same level, regardless of initial capital (Timakova, 2011). When comparing different economies, it means that for economies with the same technologies and preferences, the difference in production per capita will be temporary. 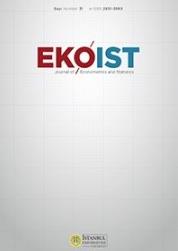