Asymmetric Relationship Between Risk and Financial Indicators: An Application in BIST Manufacturing Industry

Risk and returns are the most important parametres in stock analysis. Therefore, the literature contains several studies to identify variables that affect risk and return. The effects of these variables on risk and return may asymmetric. This study analyzes the asymmetric effects of financial ratios of companies on their risks. The short and long-term asymmetric effect of the increase and decrease in financial ratios on risk is reviewed by the Panel-Nonlinear Autoregressive Distributed Lag (Panel NARDL) model. In the study used the 2005Q1 from period 2019Q4 data of 15 companies listed in the Nonmetallic Mineral Products sector is used. Beta coefficient, as a proxy for systematic risk, is employed as the dependent variable ratio of current ratio, total debts ratio, cash-to-cash cycle, return on equity, and market value book value are the independent variables. According to the analysis results was found an asymmetrical relationship between the risk of companies and current ratio, cash-to-cash cycle and market-to-book value in the long term. But, no asymmetrical relationship is observed between risk and return on equity and total debt ratio; rather, the relationship is symmetrical. In the short-run, there was no asymmetrical relationship between risk and financial ratios. The achieved results are important in explaining the factors that effects stock movements.

Risk and return are the two most important parameters in stock investment. Rational investors are expected to prefer the share with the highest expected returns when their risks are the same, and they are expected to prefer the share with the lowest risk when their expected returns are equal. Risk of a financial asset can be defined as the possibility of losing money, that is, the probability that actual results differ from expected results. Therefore, risk is measured based on the volatility of the return measured by variance or standard deviation. The risk of stock may result from either external factors such as economic, geopolitical, and financial factors, or companyspecific internal factors. Systematic risk is inherent to the economy and /or market, and is generally assumed as being difficult to avoid. On the other hand, unsystematic risk is the risk that is related to company, and it is assumed as diversifiable. Since unsystematic risk is diversifiable, finance theory is focused on systematic risk. After Markowitz and Capital Asset Pricing Model (CAPM), systematic risk is measured by beta which is a measure of the volatility of a security or portfolio compared to the market as a whole.

Financial ratios are also important in analyzing the health and success of a company. Generally, by ratios analysis, we shed light on liquidity, profitability, growth, financial structure, operational performance, and market situation of the company. Since these ratios are the key factors in determining the performance of a company, they should also play a role in the riskiness of the company. Therefore, we choose the Beta coefficient, as a proxy for systematic risk; and current ratio, ratio of total debts, cash-to-cash cycle, return on equity, and market value/book value to represent the different dimensions of performance.

CAPM is based on a rational investor who constructs an optimum portfolio. However, Kahneman ve Tversky (1979)’s Prospect Theory showed that investors may not be so rational, and they generally decide based on some psychological factors called heuristics. These biases also affect our behaviors differently in the case of positive and negative situations.

The aim of this study is to analyze the effect of financial ratios on the systematic risk of the companies listed in the Non-Metallic Mineral Products Sector Index of Borsa Istanbul. We used quarterly data of 15 companies for the period of 2005Q1- 2019Q4. Based on findings of behavioral finance the effect of positive and negative movements of financial ratios on Beta coefficient may be asymmetric. Therefore, Panel Non-linear Autoregressive Distributed Lag (Panel NARDL) model developed by Shin et. (2014) seems to best fit our study purpose. The NARDL searches whether the asymmetric relationship between financial ratios and systematic risk exists or not; if the asymmetric relationship is found, what is the direction and size of the relationship. It is important for all stakeholders to identify the factors and their directions that affect risk. The short and long-term asymmetric effect of the increase and decrease in financial ratios on risk is reviewed by the Panel NARDL model. Panel NARDL model can be used for small samples, and it allows to capture the cointegration dynamics which cannot be determined by other linear and nonlinear cointegration methods. 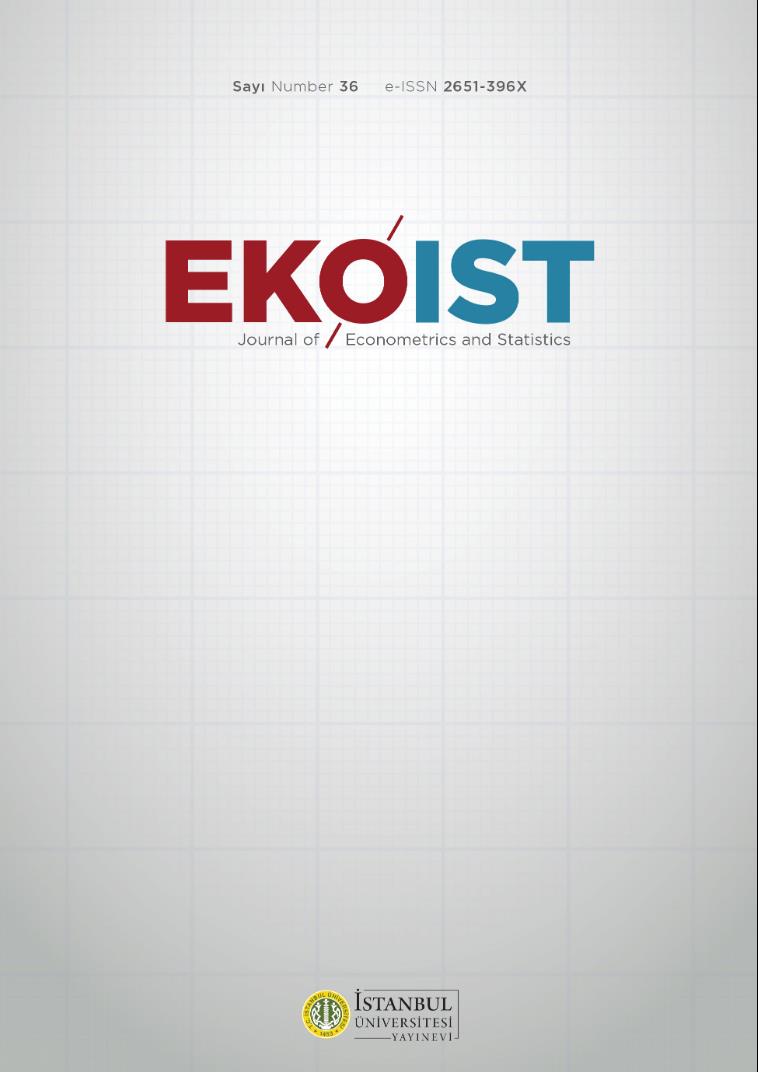