Purpose: This study aimed to investigate the effect of five porcelain repair systems on shear bond strength in composite and zirconia infrastructures and to identify the bond failure mode after thermocycling. Materials and Methods: Disk-shaped zirconia samples (N = 50) were divided into five groups (n = 10) according to repairing system type. Each repair system was applied to the zirconium samples and a hybrid composite was used for repairing. Shear bond testing of all groups was carried out using a universal testing machine after thermocycling. Results: Repair systems demonstrated no significant difference in repairing zirconia except Single Bond. Single Bond was the weakest in repairing the infrastructures. The highest and lowest mean bond strength values for the zirconia groups were 18,91 MPa and 3,63 MPa, respectively. Conclusion: The three repair systems, Ivoclar, Clearfil, and Bisco, were more effective than the Single Bond and Ultradent repair systems in repairing zirconia, and their bond failure modes were both mixed and adhesive. 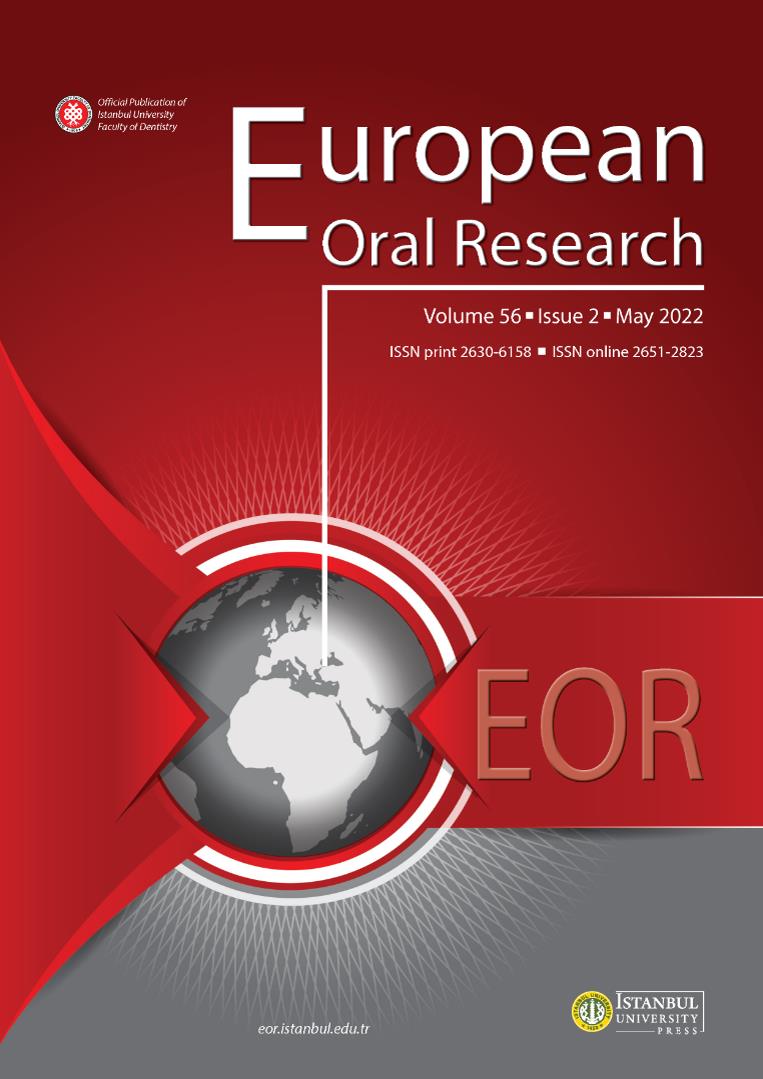