Rivasığırkuyruğu / Riva mullein (Verbascum bugulifolium Lam.) is a rare plant of Turkey belonging to the Euro-Siberian phytogeographic region. In this study, populations of the species in 12 different locations in Kırklareli province were examined and soil characteristics plus the topographic and climatic characteristics of the distribution area were investigated. In light of the analyzed data, it has been concluded that V. bugulifolium grows in soils that are low in lime and magnesium values, moderate in pH, salinity, potassium and calcium values, and high in organic matter, total nitrogen, phosphorus, iron, copper, zinc and manganese. It has been determined that the species generally spreads in areas where the slope is low (x= 4.16%) and close to sea level (x= 70.5 m). In terms of climatic characteristics, the ̄ species is more prevalent in temperate climates and in regions that receive precipitation in almost every season. Additionally, it has been observed that the habitats that favor the growth of the species are forest clearings, dry heath, and acidic rocks, especially forest clearings where oak species are predominant. The objective of this study is to form a basis for studies to be carried out for the monitoring, protection (in-situ and ex-situ), and sustainability of V. bugulifolium, which is a rare species in our country.

Verbascum bugulifolium Lam. (Riva mullein) which is the subject of our study, was first discovered by J.P. Tournefort in 1701. It was introduced to the scientific world by Lamarck in 1797 (Lamarck, 1797). It differs from other Verbascum species especially in terms of flower color. Most of the Verbascum species usually have yellow flowers, but V. bugulifolium has different combinations of yellow, orange, brown, green, and blue color tones. (Figure 1) (Huber-Morath, 1978; Karavelioğulları and Aytaç, 2008; Murbeck 1925, 1933, 1936, 1939).

V. bugulifolium is one of the rare plants of Turkey and has distribution mainly in Kırklareli and İstanbul provinces. Its populations are threatened due to anthropogenic reasons. Taxonomy, vegetation period, life cycle, habitat preferences, population status, and soil and climate preferences of this rare species must be well known in order to prepare an accurate conservation plan. The aim of this study is to form a basis for further conservation practices. For this purpose, during the “Kırklareli Province Riva (Alaca) Mullein (V. bugulifolium) Species Action Plan” project we determined habitat preferences (including soil and climate) of the populations of V. bugulifolium in Kırklareli.

High-resolution digital elevation models were used to obtain elevation, aspect, and slope data based on the coordinates of the area where the populations are located (Alaska Satellite Facility Distributed Active Archive Center, 2020). In addition, data from Fick and Hijmans (2017) were used for precipitation and temperature data.

According to the results of the analysis, we found that V. bugulifolium is generally distributed in clay loam soils. It is low in lime and magnesium values, moderate in pH, salinity, potassium, and calcium values, and high in organic matter, total nitrogen, phosphorus, iron, copper, zinc, and manganese.

In order to obtain the height, aspect, and slope data of the V. bugulifolium species, the coordinate information of the 12 locations where the species is distributed was determined by entering the digital elevation model of Kırklareli province. Consequently, it was determined that the species was found at an altitude of 449 meters above sea level, generally in locations facing south. When the slope data were examined, it was determined that the individuals of the species found in areas with a slope of 0.57-24.96% were growing on an average slope of 4.16%.

V. bugulifolium is a rare species with a narrow distribution due to its low ecological tolerance. Populations of V. bugulifolium are confined to a narrow area, and are more sensitive to changes in the habitat and ecosystem. In light of the analyzed data, it was determined that the species generally spreads in areas where the slope is low (x= 4.16%) and close to sea level (x ̄ = 70.5 m). In ̄ terms of climatic characteristics, it is mostly found in regions where a temperate climate is dominant and there is precipitation in almost every season. In addition, it is seen that the species prefers forest clearings, dry heath, and acidic rocks, especially forest clearings where oak species are dominant, as habitats. 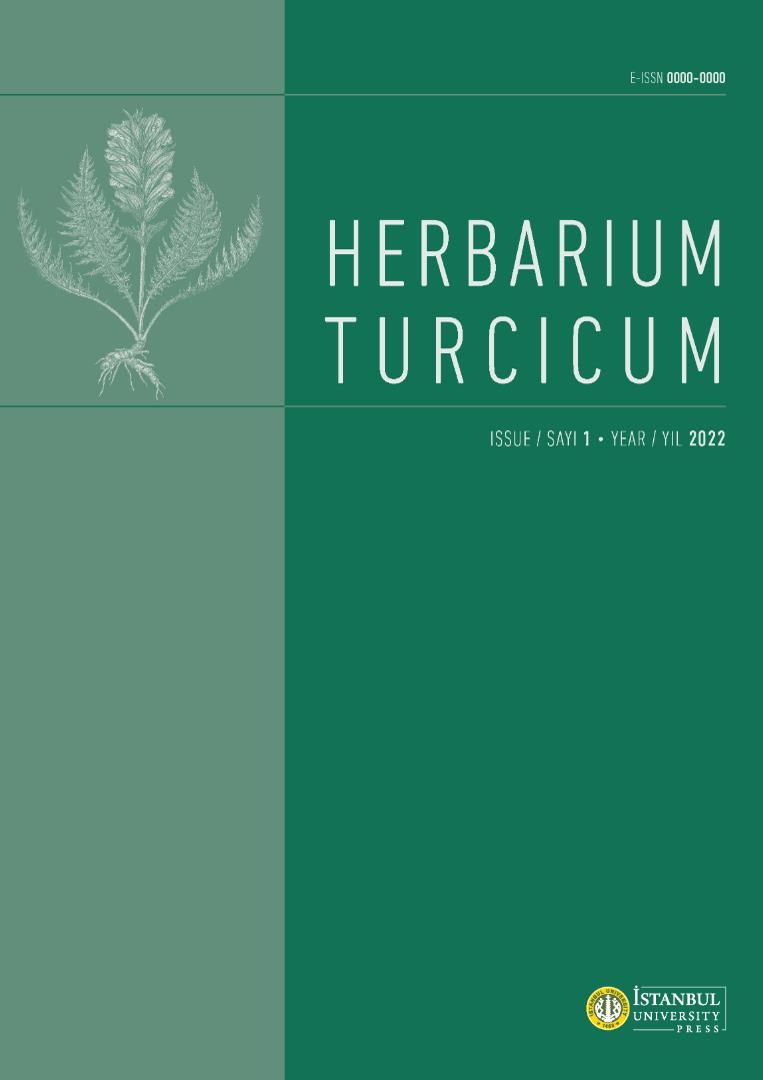