This article focuses on the notion of non-fixed heavy punishment in the Hanafi penal tradition and its reflection on the classical Ottoman laws. In this context, it firstly draws attention to the relationship between the heavy punishment given by the public authority’s own opinion (siyasa) and the repetition of an offence (tekerrur) and the effort for corruption of society (sa‘y bil-fesad fil-ard). It emphasizes the fact that an understanding has evolved in the Hanafi penal tradition that habitual criminals can be severely punished by the administrative authority’s own opinion on the grounds that they have attempted to corrupt society. This understanding has the potential to include some crimes that are not repeated, but which are devastating to society. This study gives representative examples of how to use the Hanafi notion of non-fixed heavy punishment in the classical Ottoman kanuns and practice. Lawmakers generally have a reference to this notion with a siyasa term. They seem to be clearly inspired by the mentioned notion when they punish habitual criminals more severely than non-habitual ones. Lawmakers do not act independently of this notion when they sometimes punish nonhabitual criminals heavily with their own opinion.

This study focuses on the notion of non-fixed heavy punishment in Hanafi penal tradition and its reflection in classic Ottoman kânûns. As is known, in Islamic criminal law, there are severe fixed penalties called had or kısas. These penalties are determined by the Shâri‘a, and take a variety of forms ranging from amputation to death. Apart from these penalties, the public authority is also authorized to impose heavy sanctions when necessary. Hanafî jurists use the terms ta‘zîr and siyâsa to express these sanctions. Those called siyâsa are marked as aggravated. Some authors emphasize this aspect in particular. In fact, in the Hanafî doctrine, the ta‘zîr, which is the basis of siyâsa, is accepted as lighter punishment than for fixed penalties. Apparently, ta‘zîr sanctions that reach or exceed the fixed penalties in terms of being aggravated, are called siyâsa to adhere to this rule.

In the classic Ottoman law books, many references are made to the non-fixed heavy penalty concept of Hanafî. However, elements such as tekerrur, fesâd, and siyâsa, which constitute this understanding, are generally not mentioned together in the articles of law. In most cases, the term siyâsa alone is considered sufficient to imply the basis on which the punishment from the Hanafî tradition is based. This term, which often refers to severe penalties such as death or amputation in the law books, does not impose fines, and is generally related to penalties for habitual criminals who are believed to have attempted to disrupt society. Some articles of the law state that the offense should be habitual to receive heavy punishment, and this condition implicitly includes the rest of the formula. If the perpetrator is a habitual criminal, he or she will be penalized directly by the public authority for working toward the deterioration of society. For instance, some provisions of law order the execution of anyone who has stolen a few times and hand amputation for those who make it a habit to stab somebody or pick somebody’s pocket, and nose amputation for those who habitually corrupt women-men relations. In these provisions, the Ottoman lawmakers seem to be inspired by the concept of Hanafî repetition.

In some articles of law, we see that the Ottoman rulers severely punish non-habitual criminals directly according to their own will. They use the death penalty for some crimes besides fixed ones without mentioning repetition. For example, they order hanging for wrongdoers who enter a shop or a house for the purpose of theft, who burn a shop or house deliberately, and who print counterfeit money. It is understood that these wrongdoers are considered habitual criminals for damaging the public interest and that they are to be included in the non-fixed heavy penalty formula. However, it should be noted that this inclusion may open the door to arbitrary and oppressive siyâsa, which some jurists are concerned. 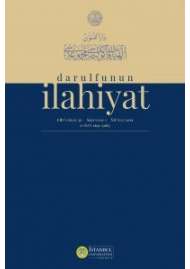