The Possibility of Unspoken/Implied Vaz‘: Can the Signifier and Signified in Language be the Same Thing? An Evaluation in the Context of Tashkubrîzâdah Ahmed Efendi’s Nuzhat al-alhâz fî adem wad‘ al-alfâz li al-alfâz

Tashkubrîzâdah, in his risalah called “Nuzhat al-alhâz fî adem wad‘ al-alfâz li al-alfâz”, examined an issue that was previously discussed between al-Taftazani (d. 792/1390) and Sayyid Sharif (d. 816/1413) whether “wad‘” is in question when the words do not convey a specific meaning and refer directly to themselves. al-Taftazani defends the idea that all the words that are established to show a certain meaning in language are also established for themselves. However, unlike the phenomenon of wad‘ in the known sense, this does not contain any intention to signify any meaning and takes place in the tacit of the former. Contrary to this view, Sayyid Sharif argues that in cases where the words refer directly to themselves -intentionally or unintentionally- there cannot be any mention of the phenomenon of wad‘. Ali Kuşçu conversely, adopted al-Taftazani’s approach and based this view on some of its results and also made some criticisms of Sayyid Sharif. Contrarily Tashkubrîzâdah, adopted the view put forward by Sayyid Sharif and successfully answered Kuşçu’s criticisms. The author briefly summarizes Sayyid Sharif’s statements and then provides justifications for them. He builds the narrative in this section based on three different types of provision (al-hukm). Subsequently, the author lists his objections to Kuşçu’s explanations in ten points and discusses each objection. Although the discussion of unspoken/implied wad‘ is not one of the main issues of the discipline, it is important in terms of clearly revealing the nature and conceptual content of the phenomenon of wad‘. Furthermore, as Nuzhat al-alhâz constitutes one of the remarkable examples of the risalah tradition in Ottoman intellectual life, it is important to understand it. In interpreting the Nuzhat al-alhâz, this article examines the historical origins of the debate, comperatively analyzes the views of the parties and expatiates on the development of the issue by following the subject.

Tashkubrîzâdah Ahmed Efendi (d. 968/1561) in the risalah titled “Nuzhat al-alhâz fî adem wad‘ al-alfâz li al-alfâz”, examines the issue of whether the phenomenon of wad‘ is in question in cases where the words do not show a specific meaning and refer directly to themselves.

The aforementioned issue has been discussed by al-Taftazani (d. 792/1390) and Sayyid Sharif (d. 816/1413). al-Taftazani defends the idea that all the words that are established to show a certain meaning in a given language are also established for themselves. However, unlike the phenomenon of wad‘ in the known sense, this does not imply any meaning and takes place in the tacit of the former. On the contrary, Sayyid Sharif argues that in cases where the words refer directly to themselves -intentionally or unintentionally- there can be no mention of the phenomenon of wad‘ in any sense. Because the phenomenon of wad‘ is possible only if there is a signifier and a signified that can be distinguished from each other.

Ali Kuşçu, who is one of the critical figures championing the further development of wad‘ literature, adopted al-Taftazani’s approach and emphasized some of its results. He also responded to and criticized Sayyid Sharif’s claims. Furthermore, Kuşçu stated that linguists do not dispute that the usages which question the debate for example ,“Zayd has three letters” are the kalam/word and they have clearly stated that the kalam/word consists of only two nouns or a noun and a verb. It is clear that the author here means that the words that refer to themselves are nouns and a noun requires a relationship with wad‘. Kuşçu also mentions some of the results of this basic thought and argues that these results require wad‘. Thus, the word Zayd used in the above phrase is either a mubtada or not. If it is a mubteda, it must also be a name. Because being a name is part of the definition of the mubteda. Another argument put forward by the author is that linguists consider the controversial words as their proper name and it is clear that a proper name would require the phenomenon of wad‘. Another argument is that the words used in a regular and meaningful sentence will necessarily be included in one of the categories of al-hakikah and al-majaz and by definition, both of them depend on wad‘.

On the contrary, Tashkubrîzâdah, adopted the view put forward by Sayyid Sharif and successfully answered Kuşçu’s criticisms. In this framework, the author briefly summarizes Sayyid Sharif’s statements in the risalah and then presents the reasons to justify this view. The author builds the narrative in this section by focusing on three different types of judgment (al-hukm). The first of these is the judgment given only about the wording, for example “the word ‘daraba’ consists of three letters”. The second is the judgment on the wording given in comparison to its al-mawdû‘ leh, that is its meaning, for example “‘daraba’, is a past act”. The third type of judgment, for example “Zayd hit”, is the judgment given about the meanings of the words used in the sense that they were established for. Tashkubrîzâdah evaluates the words in terms of these three types of judgment. All utterances, including those that have no meaning and are not used in language, are equal in terms of the first type of judgment. The second judgment is found in words other than the unused (al-muhmal). The third judgment is specific to names only. Although it is accepted that in the first and second types of judgments, the words refer to themselves, this situation does not definitely arise from wad‘. Because it is not something that anyone who has a certain opinion on the issues of wording can take credit for to claim that unused words refer to themselves. According to this; the indications of the words themselves are not dependent on either the intentional or the implied wad‘. Because wad‘ is for occurring of signification. Since the listener’s mind inadvertently focuses on the word itself because it is only heard, there is no need to consider the phenomenon of wad‘ here. After this introduction, Tashkubrîzâdah constructed his view on the essence of the issue: Thus, the author begins by questioning the nature of the signification which is the purpose of wad‘, then explores the difference between them. In the last part of the tractate, without name, Tashkubrîzâdah lists Ali Kuşçu’s objections to Sayyid Sharif’s explanations in ten items and responds to these objections. This article discusses and analyzes these objections and the responses to them.

Yıldırım, A. The Possibility of Unspoken/Implied Vaz‘: Can the Signifier and Signified in Language be the Same Thing? An Evaluation in the Context of Tashkubrîzâdah Ahmed Efendi’s Nuzhat al-alhâz fî adem wad‘ al-alfâz li al-alfâz. Journal of Islamic Review, [Publisher Location], v. 11, n. 2, p. 603-638, 2021. 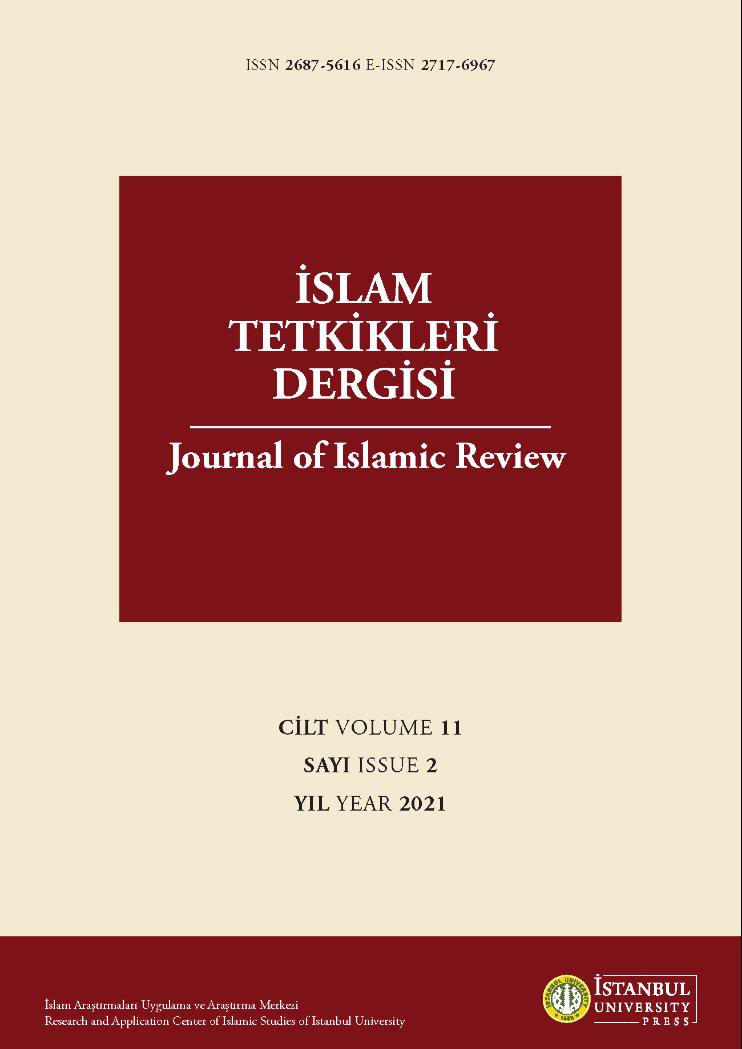