Throughout the COVID-19 pandemic, the rapid increase in the number of cases during certain periods has caused a high occupancy rate in intensive care units. Faced with a sudden and rapid increase in the number of patients, a lack of medical resources or its possibility led to ethical discussions on the immediate and equitable distribution of resources in intensive care units. This has not only given impetus to the ethical debate, but many medical professional organisations in Europe have published guidelines for triage of critical care which contain ethical criteria. In this study, some of the ethical triage guides have been normatively analyzed and ethically evaluated. Objective: The aim of this study is to identify and determine the parameters and normative concepts contained in the guidelines for triage published by the intensive care associations of Germany, Austria, Belgium, France, England, Switzerland and Italy. The results of this investigation were also critically and ethically evaluated and reflected. Materials and Methods: Critical normative analysis and ethical evaluation of clinical ethical guidelines published by intensive care and anaesthesia associations of the above-mentioned countries. Results: Although the studied triage guides used common parameters and similar normative concepts, there are significant differences between them. These differences were determined to be related to the triage criteria used, triage objectives, age factor, priority given to certain social groups and the application of different treatments to Covid-19 patients. Conclusion: Although the European countries that have published triage guides come from the same cultural tradition, the normative criteria and concepts they used in the triage guides are considered different values and priorities in their rankings. These differences may be due to the current political and ethical culture, also to the current economic and socio-cultural resources and their strategies for using their resources. Because of these facts and the reasons which we found, they should be considered in the preparation of ethical triage guidelines in Turkey. 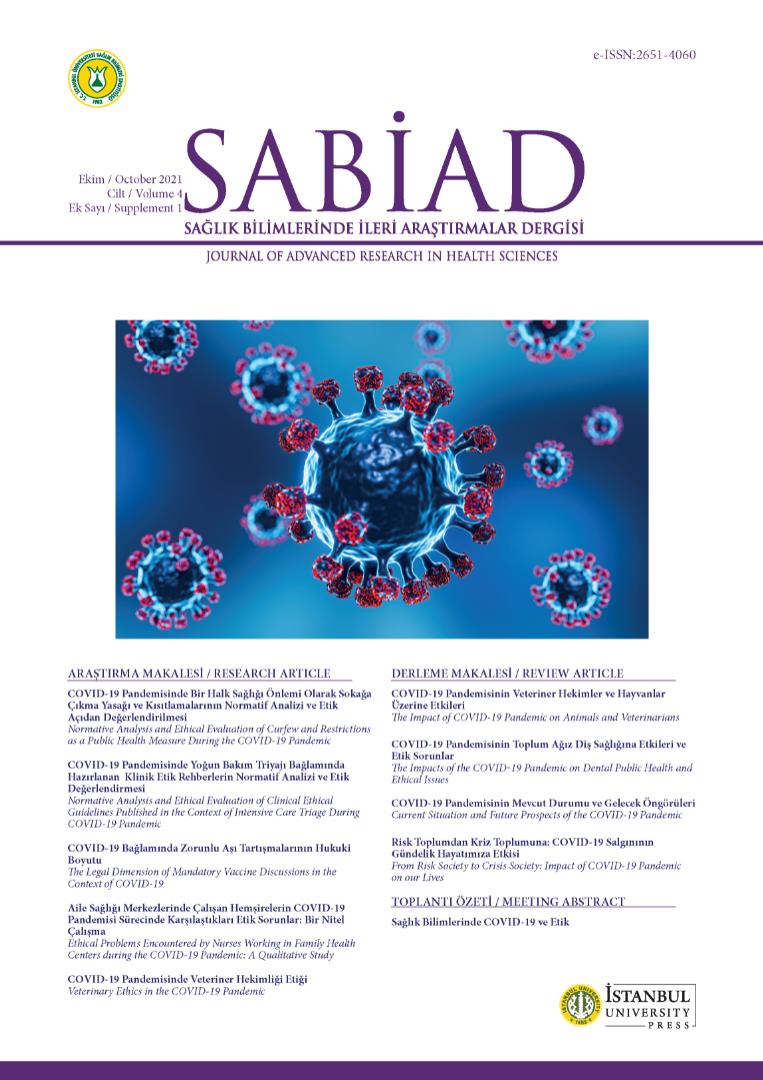