Objective: The microencapsulation technique is mainly used in health sciences to provide both transport and preservation of therapeutic tools, such as drugs or cells, by coating them with a coating material. Naturally occurring and synthetic (non-natural) polymers are widely used as a coating material. Unlike others, the ultrapure alginate is more advantageous due to its high biocompatibility and structural stability. In this study, our aim is to determine the ideal alginate cell suspension ratio for microencapsulation, the appropriate cell isolation method, and the optimum flow rate of the system by using ultra-pure alginate and parathyroid cells. Materials and Methods: In this study, parathyroid cells were obtained from four different parathyroid tissues through two different isolation methods (enzymatic/mechanical). The cells were suspended in an isotonic saline solution and encapsulated with different amounts of ultrapure alginate. Afterward, the determined alginate-cell suspension ratio was microencapsulated with parathyroid cells, and different flow rates, morphology, and the amount of parathyroid hormone secretion were followed in vitro. Results: Morphologically, the ratio of 500μL:200μL (alginate:cell suspension volume) microencapsules was the most stable and efficient group in vitro. By this, the 28% alginate:cell suspension ratio was stabilized. The microencapsulated of the mechanically isolated cells were not found stable morphologically and negatively impacted the flow rate of the system. Particularly, enzymatic isolated parathyroid cells have high structural stability without showing equal distribution; however, only the 2.5 mL/minutes flow rate provided the equal distribution and stable parathormone release. Conclusion: The basic principle of cell-microencapsulation is that the released products reach the outside of the capsule area. In addition, maintaining structural stability allows access to the nutrients to pass easily for the cells. In this study, the alginate-cell suspension ratio, favorable cell isolation method, and flow rate limits were clarified. An in vitro long-term, follow-up should be evaluated by future studies. 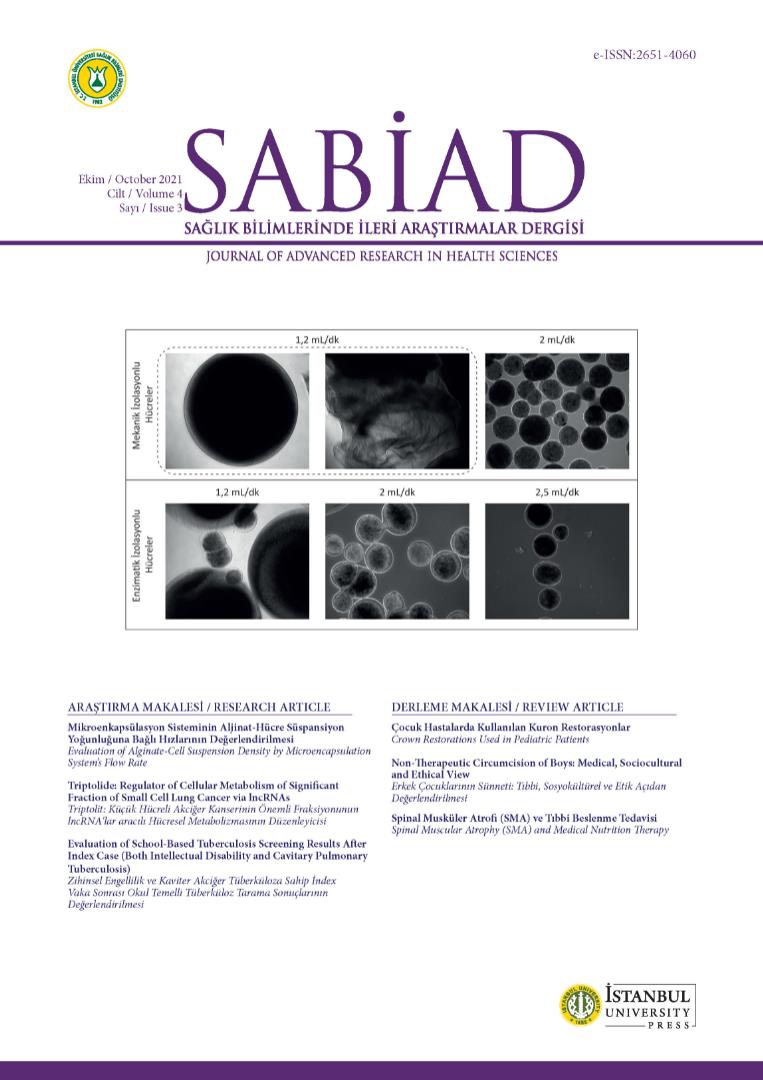