The Risks, Threats and Preventive Approaches in the Use of Water Pipes

Although the damages of tobacco use have been proven all over the world and in our country, the use of water pipes in our country has increasingly attracted attention as a tobacco product in recent years. The liquid use of water pipe tobacco, which is growing fast Turkey, is generally more favored by young people, despite the high concentrations of heavy metals; carbon monoxide, tar and nicotine found in the water pipes. In one sip of water pipe, the smoker inhales an average of 0.15 to 1.0 litters of tobacco, which corresponds to about 100 times the amount of tobacco in cigarettes. Furthermore, recent studies suggest that the usage of water pipes is associated with various diseases, such as cardiovascular disease, infections, respiratory diseases, nicotine addiction and lung cancer. In order to eliminate the widespread use of water pipes, it would be appropriate to raise the awareness among young people. 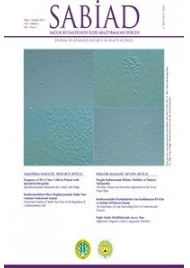