The social connection model defines the responsibility of a corporation beyond the economic, social and environmental responsibilities as a broader area of responsibility and as a dimension that leads to discussions of corporate citizenship. According to this model, in case of a problem, all actors involved in the relevant product, application or activity should take responsibility. The aim of this study, is to determine how companies that produce fast food, snacks and soda drinks define their frames and responsibilities in regard to the problem of obesity in accordance with the social connection model. To identify the corporate frames on the issue of obesity, information provided in the corporate social responsibility/sustainability reports and corporate websites is analyzed. Qualitative content analysis is applied to the reports and website texts of eight corporations selected among the leading producers of snacks, fast food, and beverages. Texts and coded using MaxQDA 12. We concluded that corporations take responsibility predominantly in their communication activities rather than in their products. They frame the responsibility on the issue of obesity as an individual responsibility. The solution to the problem of obesity is framed as “the rational and educated nutrition and life choices of consumers”. Corporations’ definition of responsibility and solution is shaped by their definition of the problem. Corporations do not define obesity as a social problem. Thus they deny that the ingredients of their products and the snacking culture that they promote have any part to play in the increase in cases of obesity. Consequently, they focus on reforms in advertisement and endorsement of an active lifestyle as the ultimate solution.

The social connection model defines the responsibility of a corporation beyond the economic, social and environmental responsibilities as a broader area of responsibility and as a dimension that leads to discussions of corporate citizenship. According to this model, in case of a problem, all actors involved in the relevant product, application or activity should take responsibility, be it the designer, producer, distributer or the consumer. Yet, the major responsibility lies with the corporation that profits from the activity. Today, the responsibility of companies for consumption-related issues has become difficult to prove due to various factors that erode the causal relationship. One such problem in which this causal relationship is difficult to establish is obesity. The first factor that makes it difficult to associate obesity with corporations can be explained by the multi-dimensionality of the issue. Obesity is associated with many factors, such as genetic and metabolic factors, sedentary life, poor dietary preferences, and changing eating habits. However, in addition to these factors, the contents of the packaged foods (sugar and fat ratios) and the advertising and marketing activities of the companies are accepted among the factors affecting obesity, which is commonly defined as the public health problem. The second factor that makes it difficult to associate the problem of obesity with companies is the communication efforts of the corporations. These efforts, combined with instrumental corporate social responsibility practices, appear as a competing framework on the issue of obesity in public opinion (Deren van het Hof & Hoştut, 2017). With this competing framework, companies aim to make it difficult to relate to the problem. By distancing themselves from the obesity problem, corporations try both to keep their customers and also to prevent legal regulations. The aim of this study, designed as a qualitative research, is to determine how the frames of fast food, snacks and soda drinks corporations, which are most immedately associated with the obesity issue, explain their responsibilities according to the social connection model. For this, qualitative content analysis was designed in line with Entman’s (1993) four generic frames. This approach explores how frames are embedded in a text, speech, report etc. in order to illuminate the effects of information transfer on human consciousness. Framing involves choosing certain aspects of the reality and bringing it forward in the communication text. In this way, frameworks define the problem, determine the costs and benefits of a causal agent in terms of common cultural values, identify the forces or causes of the problem, evaluate the causal agents and their effects by making moral judgments, propose solutions and anticipate the possible effects of these solutions. A single sentence in a text can do more than one of these four framing functions, but many sentences in a text may not fulfill any of them. Therefore, finding the answer to these four questions to diagnose frames requires a qualitative analysis.In order to identify the frames that companies use in their approach to obesity, eight brands (McDonald’s, Burger King, Nestlé, Ülker, Eti, Cola-Cola, PepsiCo, and Nutella) were selected, all of which are associated with the issue of obesity in public opinion, by the legislator, and in academic literature. The CSR/Sustainability reports and the websites of the corporations behind them were collected as data. All the reports and the webpages were analysed using MaxQDA 12. The analysis concluded that Eti is the only company that associates responsibility exclusively with the consumer and PepsiCo with the company. Ülker sees the responsibility predominantly in the company, but also assigns certain responsibilities to the consumer. The problem according to the corporate perspective is that the consumers are not informed well enough on nutrition, they lead sedentary lives, and advertisements should not be misleading. As a result, corporations invest in CSR programs that encourage physical activity and educate consumers on healthy eating, along with accepting certain standards in adversitement. Briefly, companies take responsibility in the process of communication rather than production and they frame the responsibility predominantly as individual responsibility. 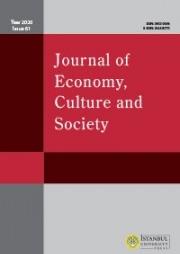