International migration refers to the compulsory or voluntary movement of people from one country or region to another country or region for various reasons. In addition to being a demographic phenomenon, it is also a complex process that develops depending on the decision-making mechanisms of individuals. This study examines the relationship between health and migration from the perspective of the host country. Thus, this paper explores whether health expenditures influence immigrant populations in host countries. In addition to health expenditures, growth and urbanization, which may impact migration, are also included in the model, and the relationship between these factors in OECD countries is discussed for the period from 2000–2017 by using a panel vector autoregression (PVAR) approach. The results show that an increase in health expenditures increases the size of immigrant populations in OECD countries. This result confirms that health expenditures function as pull factors for migration in OECD countries. Additionally, the urbanization and economic growth coefficients were observed to be statistically insignificant. Moreover, the PVAR analysis also demonstrated that, in the long run, an increase in health expenditures contributes to economic growth in these countries. Therefore, health expenditures are considered a factor in the migration policies of both host and source countries because they are a determinant in migration decisions.

International migration has become a global phenomenon that affects many areas. From the perspective of development, these effects are mainly considered to be the advantages and disadvantages of international migration. As a result of migration, the population of the host country increases while the population of the origin country decreases. This demographic change has many potential effects, and a well-managed migration process makes it possible to mitigate the adverse effects of population movements. Because migration is an important issue, most countries have developed various policies on migration. Therefore, this study investigates the relationship between immigrant populations and health expenditures in OECD countries.

Studies investigating the causes of migration form the background against which this study emerged. However, the relevant literature primarily focuses on push factors that cause migration (Naude, 2010; Djafar & Hassan, 2012; Dimant, Krieger & Meerrieks, 2013). These factors are considered in different categories. However, both the push and pull effects of economic factors on migration decision are more dominant. In addition, although OECD countries are known to have dense immigrant populations, only a few studies have discussed the dynamics of migration in these countries (Mayda, 2007; Belot & Ederveen, 2021). In addition, no study has directly investigated the impact of health sector development in OECD countries on immigrant populations. Thus, this study aims to fill in these gaps in the literature. For this purpose, this study adopted the PVAR approach to study the period between 2000 and 2017. In addition to health expenditures, economic growth and urbanization were also included in the model as independent variables.

In line with the analysis results, it can be said that it is inevitable that migration, which refers to the movement of human capital, will be affected by health expenditures, which are defined as human capital investment. Health expenditures affect migration decisions, as they directly impact the life quality of individuals and contribute to labor productivity. Accordingly, individuals’ preferences for a quality health service structure that is provided equally to all may be taken into account when defining the direct effect of health services on migration decisions. The positive effect of health expenditures on the welfare of individuals reveals the indirect effect of health sector development on migration decisions. Moreover, it is possible that reforms in the field of health, especially in origin countries, may alleviate the loss of human capital caused by migration.

Öztürk, S., & Altınöz, B. (2022). An Investigation of the Impact of Health Expenditures on International Migration as a Pull Factor in OECD Countries Using a Panel Vector Autoregression (PVAR) Approach. Journal of Economic Policy Researches, 9(1), 39-52. https://doi.org/10.26650/JEPR982598

Öztürk S, Altınöz B. An Investigation of the Impact of Health Expenditures on International Migration as a Pull Factor in OECD Countries Using a Panel Vector Autoregression (PVAR) Approach. Journal of Economic Policy Researches. 2022;9(1):39-52. https://doi.org/10.26650/JEPR982598

Öztürk, Serdar, and Buket Altınöz. 2022. “An Investigation of the Impact of Health Expenditures on International Migration as a Pull Factor in OECD Countries Using a Panel Vector Autoregression (PVAR) Approach.” Journal of Economic Policy Researches 9, no. 1: 39-52. https://doi.org/10.26650/JEPR982598

Öztürk, Serdar, and Buket Altınöz. “An Investigation of the Impact of Health Expenditures on International Migration as a Pull Factor in OECD Countries Using a Panel Vector Autoregression (PVAR) Approach.” Journal of Economic Policy Researches 9, no. 1 (Feb. 2023): 39-52. https://doi.org/10.26650/JEPR982598 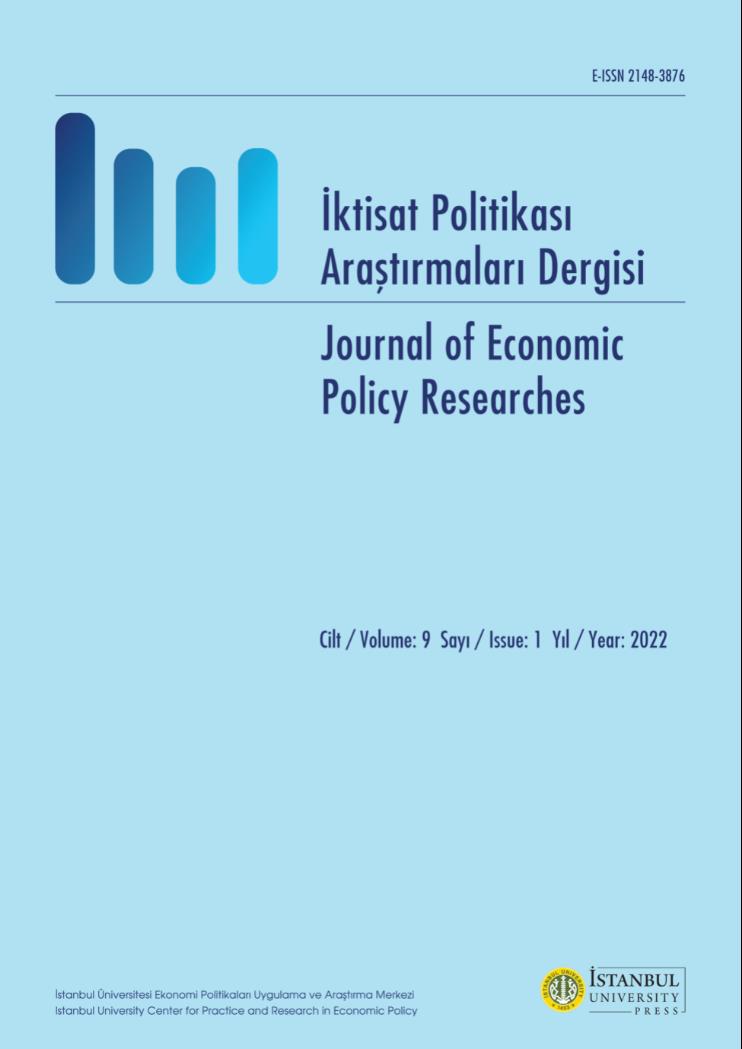