Regional Youth Unemployment in Turkey: Do Determinants Vary by Gender?

Economic theory is in a broad consensus that enhancing youth population’s prospects is the most effective way to achieve productive employment and sustainable economic growth. Therefore, every single country cares about the status of the younger population and invests in their human capital in order to reach these macroeconomic goals. Despite of all these efforts, however, youth unemployment rates have still been very high across the globe over the last two decades. For example, the average youth unemployment rate for Organization for Economic Cooperation & Development countries as well as European Union (EU) member states was above 12%, which was slightly higher than that for Turkey in the early 2000s. In the late 2010s, however, Turkey experienced youth unemployment rates almost over 20%, which was higher than the averages experienced by the EU and OECD countries. Given this prominence, it is very important to investigate the dynamics of youth unemployment to shed light on what drives the youth labor force to become unemployed. In this direction, there exist a great number of studies examining the dynamics of youth unemployment, not only for multi-country cases (see, for example: Awad, 2019; Jimeno and Rodriguez-Palenzuela, 2003; among others), but also for those in the case of Turkey (see, for example: Kabaklarli and Gur, 2011; Sever and Igdeli, 2018; among others). Although the literature in the case of Turkey is very well-documented, we still do not know much about what the dynamics are once the issue is using micro-level data. To the best of our knowledge, Didin Sonmez and Ozerkek (2018) is the only study that examines this issue in Turkey from the regional point of view.

Given the aforementioned information, the goal of this study is to investigate the determinants of youth unemployment in 26 regions categorized under NUTS-2 in order to find out whether those determinants vary by gender. To this end, we use annual observations spanning from 2014 to 2019 within a regional panel framework.

Overall, the findings reveal that the impact that regional youth unemployment dynamics has on youth female unemployment is greater than on youth male unemployment. As a crucial policy recommendation, this study emphasizes that gender-based differences should be taken into account while developing policies towards the integration of youth into the labor market. In order to eliminate the exclusion effect that the findings address, for instance, youth female-oriented employment policies should be supported much more. Other potential policy implications pertaining to the empirical results are also discussed in the study. 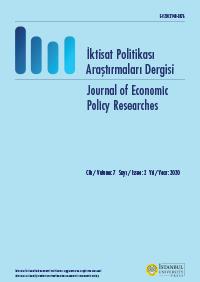