The reign of ʿIzz al-Dīn Kaykāwus II (1246-1249 detached, 1249-1262 joint reign) elder son of Sulṭan Ghiyāth al-Dīn Kaykhusraw II, is a period of highly critical developments with respect to the history of Turkey Saldjūḳ State. With the Köse Dagh Battle (641/1243) that took place during the reign of Ghiyāth al-Dīn Kaykhusraw II, Mongol dominance starting in Anatolia has increased and were heavily felt during the reign of ʿIzz al-Dīn Kaykāwus II. Furthermore, it is seen that political, social and administrative balance as well as persons with influence in the government could easily change. Despite engaging in military and diplomatic manoeuvers to expelling Mongols from Anatolia, Sulṭan ʿIzz al-Dīn Kaykāwus II failed to exhibit competent management and eventually had to abandon the throne and sought refuge under Byzantine Emperor Mikhail VIII Palailogos (1261-1282). Various sources mention that people and āmīrs loyal to the sulṭan and numerous Turkmen who are thought to be led by Sari Saltuḳ (d. 697/1297-1298) have been settled in Dobrudja region, which is in the borders of modern Bulgaria and Romania. This study assembles information initially in historic resources and secondary literature on the relations of Sari Saltuḳ and Saldjūḳ Sulṭan ʿIzz al-Dīn Kaykāwus II and the migration of Turkmen and analyses the present views on this subject.

The reign of Turkey Saldjūḳ State Sulṭan ʿIzz al-Dīn Kaykāwus II (1246-1249 detached, 1249-1262 joint reign) has been a period of important events for Turkish history and the history of the Turkey Saldjūḳ State. During that difficult period, the invasion of Mongols had increased in Anatolia, three Saldjūḳ rulers for the first time in Turkey’s history ascended the throne at the same time and even the country was divided into two by the Mongols. The Sulṭan ʿIzz al-Dīn sent a message from Antalya to the Mamlūk Sulṭan Baibars (1260-1277) when he heard that the Mongol commanders came to Aksaray with a crowded soldiers and Rukn al-Dīn Kilicarslan IV and his vizier Parwāna Muʿīn al-Dīn were with them, asking Baibars for help. Yet, when he heard that was not possible, ʿIzz al-Dīn Kaykāwus II decided to take refuge in Byzantium. The Sulṭan boarded a ship with his family, mother, uncles, some amīrs and close statesmen and went to Istanbul (1262). Emperor Mikhail VIII Palaiologos welcomed Kaykāwus friendly. Before long, at the request of the Sulṭan ʿIzz al-Dīn Kaykāwus II with the permission of the Emperor Mikhail Palaiologos under the spiritual leadership of Sari Saltuḳ, thousands of Turkmen groups were placed in Rūmeli in Dobrudja. The warriors of those nomadic groups participated in some victorious wars on the side of the emperor, in particular, one may think, during the re-conquest of Dobrudja on behalf of Mikhail Palaiologos VIII. On the other hand, Sulṭan ʿIzz al-Dīn was imprisoned due to a conspiracy against the Byzantine emperor. Before long the Khan of the Golden Horde State and the Sulṭan of the Mamluks rescued him and Sulṭan ʿIzz al-Dīn Kaykāwus II immigrated to Crimea.

On the other hand, Sari Saltuḳ, a historical person, played an important role in Turkification and Islamization of a wide geography in the 13th century. We have limited information about Sari Saltuḳ’s historical life as his life is mixed with legends because very few sources refer to the historical Sari Saltuḳ. In addition, various research about Sari Saltuḳ’s life and activities have been presented in primary and secondary sources, and at national and international symposiums. In this work, especially the relations between Sari Saltuḳ and Saldjūḳ Sulṭan ʿIzz al-Dīn Kaykāwus II as well as the migration of Turkmens in Dobrudja first historical sources and then secondary literature were brought together, and current opinions on this issue were examined. The narrations of primary sources, Ottoman historians, orientalists, Romanian, Bulgarian and Turk historians were given in the chronological order. In contrast with the scarcity of historical sources and reliable data concerning Sari Saltuḳ, there is a vast body of oral and written narratives on his spiritual life, his endless wars, his fantastic adventures and miracles. Saldjūḳid sources in Persian do not even mention that a group of Turkmen together with Sulṭan ʿIzz al-Dīn Kaykāwus II who had taken refuge with the Byzantines in 1262 migrated to the Dobrudja, and certainly not that migration was headed by a person known as Sari Saltuḳ. However, contemporary Byzantine sources confirm the migration of Turkmen. Kamāl al-Dīn Muḥammad al-Sarrāj, Ibn Baṭṭuṭa, Evliya Chelebi also give information about the presence of Sari Saltuḳ and accompanying Turkmen in Rūmeli and Dobrudja. Orientalists such as J. von Hammer, J. Deny, P. Wittek and A. Decei about the Turkmen settlement in Dobrudja, mostly benefited Ottoman historians like Yazicioghlu’s and Loqmān’s account. From the important and comprehensive of these sources, Salṭuknāme is a large compilation that is the epic romance on the Islamic conquests of Sari Saltuḳ. Abu al-Khair Rūmī travelled around Anatolia and Balkans for many years compiling the legends of Sari Saltuḳ and creating the Salṭuknāme. In this work, the information in these sources has been tried to be compared with historical facts. The archaeological findings, tombs, old settlements and especially the legends and oral histories that have been studied in today’s research show how the Turkmen led by Sari Saltuḳ left permanent marks in the Balkans. 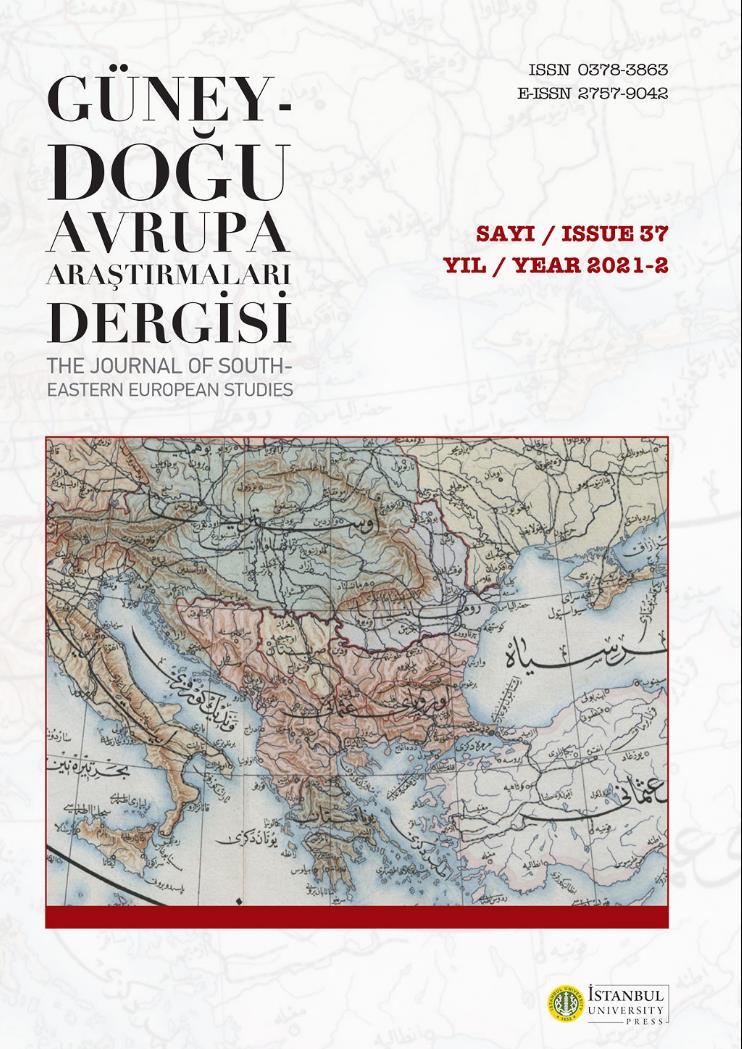