Assessment of Luxury Trains in India: A Case Study of Maharajas’ Express

With Indian luxury trains recording a low rate of occupancy, it has become imperative to understand the perceptions of its service providers and consumers. The present study identifies the key concerns of service providers (n=83), which, according to them, are hampering the running of luxury trains in India. Service providers consulted for the study included employees and travel agents who were directly or indirectly associated with the functioning of luxury trains. Based on the identified themes of concerns, a total of 157 tourists from 20 countries were surveyed. To analyze the data, this study initially made use of the Structural Topic Model (STM), a general framework for topic modelling. Following this, the survey results along with the reviews on Tripadvisor, evince the radical validity of the identified themes that the employees and travel agents were primarily concerned with, i.e. pricing and policies, product marketing and amenities of the luxury train. The study, therefore, contributes by presenting the perspectives of service providers and tourists on India’s most luxurious train, the Maharajas’ Express. 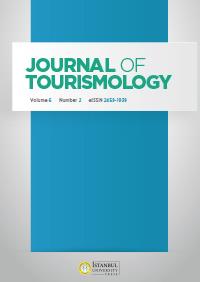