The issue of safe navigation in the maritime sector is becoming more important day by day. This situation is valid not only in terms of passenger and cargo transportation, but also in different maritime operations. Based on this point, much equipment is used in order to perform safe navigation in ships for different sea states such as wind, wave, etc. This equipment is classified as active and passive systems and can be applied to different types of ships. Active stabilizer systems are frequently used, especially for ship types where speed and maneuverability are high, as instantaneous responses are important. Although there are many active systems used, active roll stabilizer fin systems are the most common. At this point, this paper describes an application of LMI (Linear Matrix Inequality) based robust and saturated H2 state feedback control to roll motion of the planing hull via the fin stabilizer. In the mathematical model, nonlinearities are expressed through damping and restoring terms. Based on the planing hull roll motion mathematical model, we also present a state space model suitable for simulation and control applications. Nondimensional lift coefficients of the fin stabilizer for different angles of attack are calculated with Star CCM+ package software. Both controlled and uncontrolled conditions are examined for the maximum lift coefficient. As a result, the efficiency of the proposed approach for safe transportation was demonstrated with the simulation results and an effective study was carried out by reducing the amplitudes of the roll motion to reasonable levels. 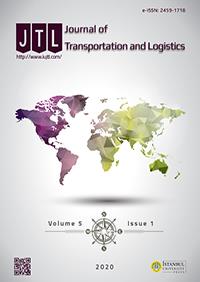