This study investigates the content of the journal Felâhat [Farming] that treated subjects such as agriculture, veterinary medicine, industry, and trade. The journal was published every 15 days between March 1913-February 1919, a total of 67 issues, with issues published irregularly following issue #33. The baş muharrir [publisher and editor-in-chief] of Felâhat was Sebuh İstepenyan, and its müdür [director] for the first three years was Ahmed Talat, followed by Leon for its fourth and fifth years. As revealed in the first issue, the journal aimed to convey technical information to farmers in a plain language, to introduce modern methods of soil cultivation, and to help develop the country’s agricultural products. Felâhat included articles on poultry breeding, field and horticultural crops, agricultural tools, animal breeds, diagnosis and treatment methods for plant and animal diseases, forestry, farming, industry, agriculture, minerals, trade, and apiculture, as well as news on science and techniques from the world and the Ottoman Empire, advertisements, illustrations, serialized texts, and announcements. This article will first introduce the journal’s publication process then analyzes its content by providing a list of the articles the journal published.

Agricultural journals in Ottoman Turkey began being published in the late 19th century, with the number of publications gradually increasing in the years that followed. The first journal published in this field was Vasıta-ı Servet [Medium for Wealth] in 1881, which also included articles on veterinary medicine, followed by Ziraat Gazetesi [Journal of Agriculture] in the same year. Among later periodicals was the journal Felâhat [Farming], which provided information on agriculture, veterinary medicine, industry, and trade.

No detailed research has been conducted on Felâhat; however, its dates of publication, aim and number of published issues are known. Copies of Felâhat are found in libraries in Ankara, Erzurum, and Istanbul, with this study benefitting from the issues stored in the Hakkı Tarık Us Collection of Beyazıt State Library, Istanbul.

Felâhat was published in Istanbul every 15 days between March 28, 1913-February 1919 for a total of 67 issues, with issues being published less regularly after issue #33. The baş moharrir [publisher and editor-in-chief] of Felâhat was Sebuh İstepenyan, and its müdür [director] for the first three years was Ahmed Talat, followed by Leon as its director for the fourth and fifth years.

Felâhat was an illustrated journal published in two columns in the dimensions of 20x27.5 cm. The subscription fee for the first two years was 15 kurus for six months and 30 kurus for a year, while the third year saw the annual subscription reduced to 10 kurus and the fourth year raised to 20 kurus. Felâhat was printed in the publishing houses Matbaa-i Hayriye ve Şürekâsı and Matbaa-i Orhaniye.

The front cover of the first issue bore the names of the muharrir [editors] for agriculture and its sub-branches, industry and trade, veterinary sciences as well as the institutions where they worked. The editors included experts and administrators working in Ottoman state institutions based in İstanbul, İzmir, İzmit, Kastamonu, Thessalonica, and Skopje such as the Halkalı School of Agriculture in Istanbul, the School of Farming in Skopje, and the School of Horticulture and Viticulture in İzmir to name a few. Two editors were from Egypt, and one was an agricultural engineer at the British engineering company John Fowler &Co.

The purpose of publishing the journal was revealed in the first issue, under the titles of “Preface” and “Our Job.” The journal aimed to enlighten farmers through articles prepared by experts using a plain language to help farmers get acquainted with modern agricultural methods and soil cultivation, as well as to develop the country’s agricultural production. Felâhat’s issues included articles on poultry, field and horticultural crops, agricultural tools, animal breeds, diagnosis and treatment methods for plant and animal diseases, forestry, farming, industry, agriculture, minerals, trade, and apiculture. The journal also informed its readers about new scientific and technical developments from the world and the Ottoman Empire and published advertisements, illustrations, serialized texts, and announcements. The articles published in the journal covered a wide range of topics under various subjects such as agriculture, agriculture and animal husbandry in the Ottoman Empire and various countries, pest control, forests, and water wells. In this respect, the journal showed similarities to the other agricultural journals of the period in terms of both the purpose of publication and the wide range of covered topics. Information regarding the end of its publication life is unknown.

Most of the articles bore their respective authors’ names, and while full names were given in the first two years, they were mostly abbreviated in the following period. The most prolific authors were Sina Kerim Istepenyan (The Director of the Kastamonu School of Farming), İhsan (Director of the Seydi Köy School of Viticulture and Horticulture at İzmir), Abdulhakim Hares, and Feridun. The affiliations of the two latter authors are unknown.

In conclusion, Felâhat was published in line with the aims stated in its first issue, such as making the readership aware of new developments and improvements in agriculture, and the publishers attempted to follow the progress in industry, trade, and veterinary medicine and to convey to farmers the modern agricultural methods using a plain language with the help of experts. 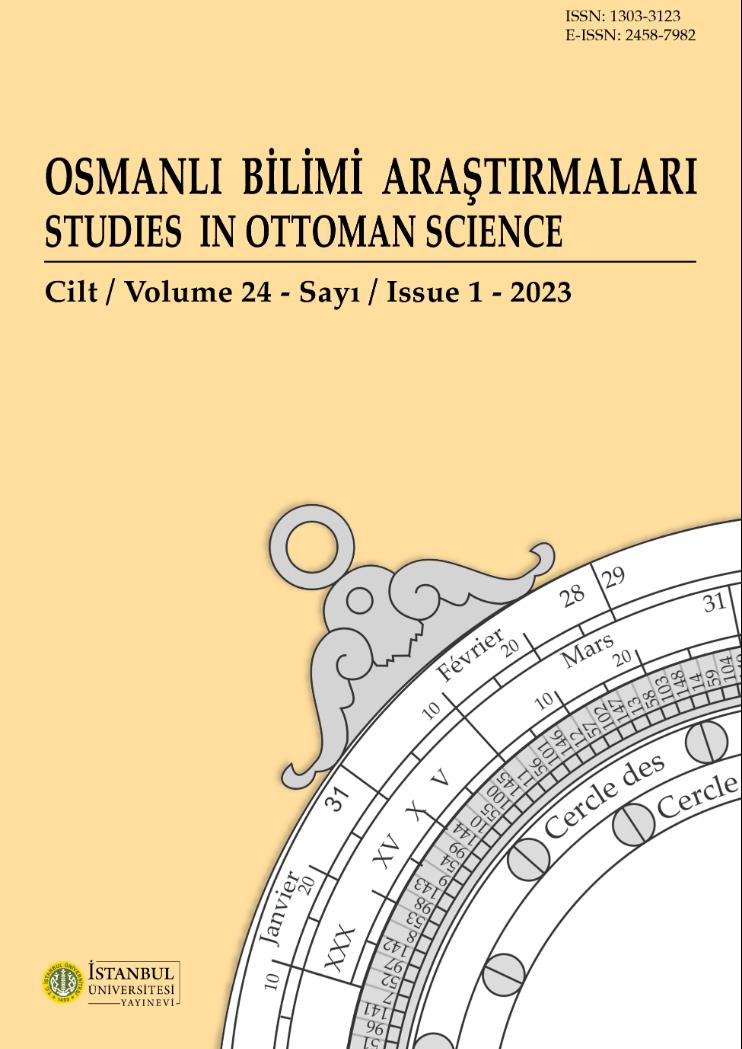