The present article aims to present the endeavours of pharmacy assistants in getting together in establishing vocational organisations in Turkey in the first half of the 20th century. The İstanbul Eczacı İşçileri Cemiyeti (İstanbul Pharmacy Workers’ Association) founded in 1912 was probably the first of such associations. It was established in the last decade of the Ottoman Empire in line with the policy of the İttihad ve Terakki Cemiyeti (Committee of Union and Progress). The policy promoted the creation of unions by the members of various occupations, that is “unifying” them in distinct vocational groups. The 1912 association was short-lived because of the challenges of the Balkan Wars and the dispersal of pharmacy assistants within the city. In 1919, a socialist oriented organization, entitled Beynelmilel Diplomalı ve Diplomasız Eczacı Müstahdemîni Cemiyeti (International Society of Licenced and Unlicenced Pharmacy Employees) was founded, but it was disbanded within a short period. After the proclamation of the Republic, pharmacy assistants formed the Eczacı Kalfaları Cemiyeti (Association of Pharmacy Assistants) in 1932 in İzmir, and immediately afterwards, the Pratik Farmakoloğlar Birliği (Union of Practical Pharmacologists) was established in İstanbul. In 1949, the Türkiye Eczacı Kalfaları Birliği (The Union of Pharmacy Pharmacy Assistants of Turkey) was founded in İstanbul, and it tried to spread over the country by opening branch offices in different cities. 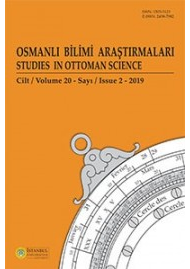