The Performative Dimension of a Literary Text-Concert

Using the premises of literary intermediality theory, the paper dwells on the particular performability of a literary text, in which a concert is not only described but also played out as a distinct socially significant phenomenon of contemporary culture. It is because of the performative dimension, which is an essential medium between actual musical events and their verbal rendition, between the embodiment of music in movements, gestures, sounds of instruments, program pieces, and its presentation in interpretations that are historically determined and motivated by personal poetologies of authors, that such texts could be treated as texts-concerts. It is stated that a literary text-concert thematizes and describes a concert event using specific names of musical pieces and their performers, drawing attention to the performing style and individual manner of expression used by musicians as well as the sound of musical instruments while interpreting specific musical compositions. The text itself is conceptualized as a concert, i.e., the plot may be framed by a concert event or be presented as a special concert event with a detailed description of the conditions of the performance (acoustic space, the drama, timing, atmosphere, acoustic background, relevant auditory habits, and performative and ritualistic elements of the concert) and their impact on the listener. Due to particular structural technologies aimed at the most adequate and vocal rendering of the musical performance, a text of this type is played out as a concert that exceeds the limits of representation and displays such dimensions as embodiment, mediality, or eventfulness. In a metaphorical sense, the text is a stage on which the musical performance plays out, which is often combined with the discourse on the author’s creative becoming. Since a text-concert is constituted through intermedial links with music, it has the potential of revealing its own mediality, showing the things it talks about, and in such a way transcending the limits of its content. The analysis is based on Julio Cortazar’s essay Around the Piano with Thelonius Monk and Friedrich Christian Delius’s The Future of Beauty.

As part of intermediality theory, the paper treats the verbal transformation of music in a literary work as a result of structural performability of a text. Thus, the study aims to trace the impact of intermedial performability on the genre nature of a literary text and, by doing so, define the notion of ‘text-concert,’ which is based on the staging of a literary piece as a concert. Similar to the concept of a ‘total work of art’ (R. Wagner – Gesamtkunstwerk), a ‘concert’ in literature draws attention by bearing association with a specific form of cultural practice and the ability to open associative spaces in which a polyphonic ‘composition’ of texts is connected to the idea of the acoustic and thematic variety. A concert as a form of culture clearly demonstrates its aesthetic and social properties with the help of literary images. For literary works, the interpretation of a concert means revealing new textual dimensions, which allows for defining them as ‘texts-concerts.’ Such texts describe a concert as a vivid event, naming the musical pieces and their performers, their individual manner of performance or expression, and the sound of musical instruments or voices and offering an interpretation of the music performances. What is also essential is that texts-concerts serve as a particular type of ‘stage’ where the verbal transformation of music is ‘staged’ with the help of specific structural technologies so that the text as a medium reveals performative qualities like immediacy, procedure, embodiment, intensity, and sensuality. By exposing its mediality and performing the events it is describing, a text exceeds the limits of what is solely narrated. Consequently, this paper looks into textual performability, which is assigned with an intermediary function: to emphasize the realization of what is depicted and simultaneously highlight how a text participates in the dynamic process of sense creation. A text makes up for the lack of intensity via reference to musical plays, visualization of the musical process, embodied language, rhythmization of the narration, problematization of the musical perception, and a focus on the ‘culture of staging.’ A text-concert is enriched by the sensual intensity of music and is based on its ability to respond to the immediate experience of collective identity.

The texts selected for analysis include the essay Around the Piano with Thelonious Monk (La vuelta al piano de Thelonious Monk, 1967) by Julio Cortázar and the short-story Future of Beauty (Die Zukunft der Schönheit, 2018) by Friedrich Christian Delius, both of which tell of famous jazz concerts that are actualized by being written into cultural memory. Both writers, excited and inspired by musical events, use their individual writing manner to replicate the specificity of concerts and create their most accurate and vibrant verbalizations. Julio Cortázar, a great connoisseur of jazz music, stages the concert of Thelonious Monk’s quartet, which he attended in March of 1966 in Geneva. To recreate the unique atmosphere of the concert and the reader’s immediate involvement, the writer creates an intertextual network of links called to evoke the feeling of existing outside of time. He masterfully works with the pace of narration, slowing it down to increase the suspense or intensifying it according to the requirements of the play performed. He uses vivid metaphors, rhythmic movements, and gestures as embodied language, paying attention to the musicians’ communication, the individual manner of their performance, and the sound of the instruments. It is stressed that it was the improvisation that appealed to Cortázar in jazz, the ‘result’ of which (performance) is the process of creation, which is ‘realized’. Thus, the writer creates his own textual performance, which allows for the visual and acoustic perception of the musical performance in the text, aiming to break the limits between the text and jazz. Intermedial aesthetics as an experience of jazz perception, recreated through literature, is focused on the unique personality of jazz pianist Thelonious Monk.

The autobiographical short-story The Future of Beauty by Friedrich Christian Delius reveals its performative qualities in two dimensions: a concert and an autobiographical act. The text plays out the jazz concert of free-jazz musician Albert Ayler, which the writer had the privilege to attend on May 01, 1966, at one of New York’s jazz clubs. However, the author gave meaning to the event, which he experienced in adolescence, only 50 years later, calling it the ‘emotional key’ of his autobiographical concept. The tension between the experienced I-narrator and the remembered I-poet-newcomer is expressed through deciphering free-jazz compositions, i.e., via the music medium. In consequence, the links between the images that convey free-jazz in the text are highlighted along with the acts which are assigned with meaning by the I-narrator. Therefore, for Delius, the act of autobiographical writing is performative – it portrays the changeability of the subject, the constitution of a concert during listening, and the creation of ties with oneself while gaining the required aesthetic experience stimulated by the concert event. To achieve the immediacy, intensity, and vocality of text, Delius works with rhythm, harmony, tempo, the power of sound, the sound of musical instruments, the way musicians play their instruments, and the communication between them and the public, using metaphors, intertextual and intermedial references, and ritualizing the musical process as initiation. 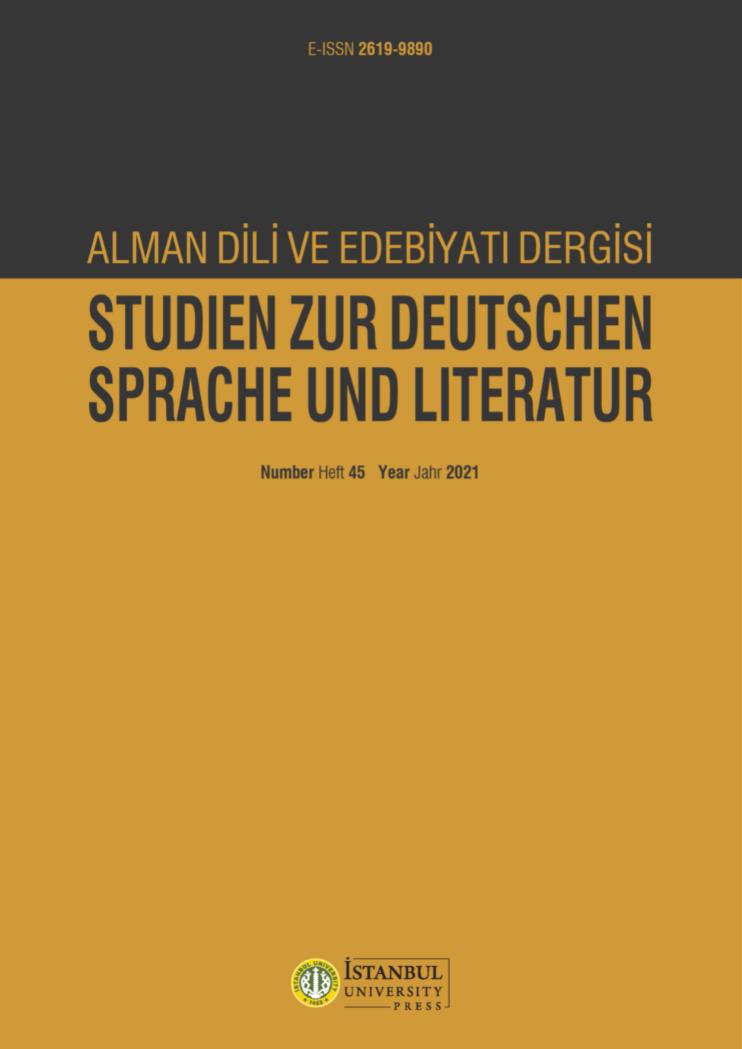