Along with the increasing popularity of positive mental health understanding, the concept of forgiveness has attracted the attention of many researchers working within the field of psychology and mental health. Studies aiming to identify variables related to forgiveness have also increased. After determining that forgiveness is associated with psychological health, studies for enhancing positive attitudes toward forgiveness has gained importance. In the current study, the aim was to systematically review the studies examining the effectiveness of forgiveness group interventions for children and adolescents. In line with this aim, the keywords of “forgiveness intervention”, “forgiveness group”, “forgiveness therapy”, “forgiveness education” and “forgiveness program” were searched in the databases of the Wiley Online Library, Taylor and Francis, Springer Link, Scopus, Science Direct, Sage Journals, EBSCOhost and TR Index in Turkish and English for 2010-2019. The resulting 529 articles from the literature search were evaluated according to the PRISMA guide and the selection criteria determined for this research. Among all the articles, the six that met the required criteria have been included in the research. The selected articles have been examined in terms of research method, research group, features of applied program, instrument used, and effectiveness of the applied program. According to results, all investigated interventions have been found effective to produce forgiveness. Besides this, the selected studies contributed to decreasing of anger, depression and anxiety; increasing of empathy, hope and life satisfaction. It was determined that the group interventions based on the forgiveness process model produced positive results. Consequently, the selected studies showed that forgiveness intervention for children and adolescents enhanced forgiveness and positively affected psychological health. In the light of the obtained results, it is suggested that, forgiveness group interventions for children and adolescents should be used in schools as a part of preventive and interventional psychological counseling services.
Keywords: Forgiveness, forgiveness intervention, systematic review, child, adolescent
DOI :10.26650/SP2018-0041   IUP :10.26650/SP2018-0041    Full Text (PDF)

In current study, it was aimed to systematically review studies examining the effectiveness of forgiveness interventions for children and adolescents.

This study was a systematic review. The literature review was conducted for 2010-2019 years, in the databases of Wiley Online Library, Taylor and Francis, Springer Link, Scopus, Science Direct, Sage Journals, EBSCOhost and TR Index, between November 2018 and March 2019. The terms of “forgiveness intervention”, “forgiveness group”, “forgiveness therapy”, “forgiveness education” and “forgiveness program” were used for the search. The following selection criteria were identified: (a) studies involving forgiveness group intervention for children and adolescents, (b) studies involving information about the content of intervention programs, (c) studies showing the effects of applied programs by using statistical data. The exclusion criteria were as follows: (a) studies not writing in Turkish or English, (b) studies with only an abstract, (c) studies not using group intervention, (d) review studies, and (e) descriptive studies. A total of 529 research articles were reached and 6 articles have been selected for inclusion within the scope of the study. 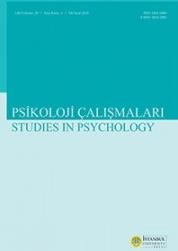