The Effect of Industrial Production on Healthcare Expenditures in Turkey

In most of the world, the situation related to environmental pollution and climate change is deteriorating, whereas, in households air and water pollution related to poverty and lifestyles is decreasing. Forms of pollution, such as atmospheric pollution, chemical pollution, and soil pollution coming from sectors like industrial production, mining, electricity generation, fossil fuel-based transportation, and carriage and mechanized agriculture, are increasing gradually especially in developing and less developed low and middle-income countries. This situation causes permanent damage to human health and also reduces the total well-being and quality of life in these countries. In this context, analyzing the consequences of production processes related to human health is very important in providing information for market actors in order to ensure that market prices internalize the externalities related to health costs. Discussion of macroeconomic indicators and GDP calculation methods will be instructive in questioning whether the existing indicators include the use of natural resources and the health effects of pollution from production. On the other hand; in the design of new policies, measuring the exact extent of the externalities caused by pollution from production processes is an important requirement to internalize and express them in market prices.

The analysis shows that industrialization and production activities in Turkey causes negative externalities related to environment and health. Considering that circular economy methods have not been adopted yet, analyzing the negative effects of current production models in a linear economy on the environment and health is very important, especially in order to internalize the negative externalities related to costs that cause an increase in healthcare expenditures and to reflect them in market prices. At this point, some macroeconomic indicators and the methods used for calculating the GDP should be reviewed and updated in a way to take into account healthcare costs and the use of natural resources arising from economic activities and environmental pollution caused by these.

On the other hand, a successful transition to a circular economy, especially in developing countries, results in a decrease in regional (as well as global) environmental pollution (including the emissions that cause air, water, and soil pollution) arising from production and consumption processes. In a circular economy, the existence of sustainable production, consumption, and business models that prioritize human health will contribute to a decrease in the use of natural resources and the elimination of the pressure of production on environment and health. This will provide longterm indirect health benefits in correlation to the reduction of global environmental pollution. 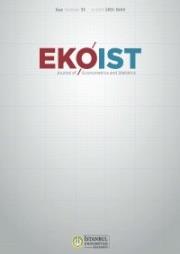