Fuad Sezgin’s (d. 2018) article on “The Importance of Isnad in Arab-Islamic Science” and the book titled Buhari’nin Kaynakları claims that Muḥammad b. Ismāʿīl al-Bukhārī (d.256/870) -in the tafsīr book- summarizes Yaḥyā b. Ziyād alFarrā’s (d. 207/822) al-Maʿāni al-Qur’ân and Abū ʿUbayda Maʿmar b. al-Muthannā’s (d. 209/824) al-Macāz al-Qur’ān. The main idea of Fuad Sezgin is that al-Bukhārī did not only rely on oral sources but also on written sources when he created the al-Jāmi al-Ṣaḥīḥ. Therefore, Arabic Language Literature in the first three centuries has to be investigated and compared with al-Kutub al-Sitta to reach a final conclusion. In this article, the claims of Fuad Sezgin will be extended and discussed in this respect. In order to verify the authenticity of these claims, the ahadith and the chain system of the al-Baṣra and al-Kūfa Arabic Language books will be determined. If the aḥādīth given in these sources comes before the al-Kutub al-Sitta, this means that we can reach earlier sources about the ahādīth given in al-Kutub al-Sitta. In addition, the method of using the hadith in the these sources, the hadīth chains and the possible tariqs will be examined in a chronological and comparative way.

In this article Fuat Sezgin’s claims about the early written sources of the hadīth before the al-Kutub al-Sitta are expanded and discussed according to Arabic Language sources written before the al-Kutub al-Sitta. In order to verify the authenticity of these claims, the ahādīth and the chain system in the al-Baṣra and al-Kūfa Arabic Language books are determined. If the aḥādīth given in these sources comes before the al-Kutub al-Sitta this means that we can reach earlier sources for some ahādīth except the hadīth books. In addition, the method of using the hadīth in these sources, isnāds, and the possible isnāds are examined in a chronological and comparative way. Therefore there are two main questions in this study. The first is “Does the hadīth feature in the Arabic Language Sources” and the second is ”With what method did they give a place to the hadīth.” In order to answer these questions, fundamental and early Arabic Language sources were used such as Halil b. Ahmed’s Kitāb al-ʿAyn which represents the Basra School’s methods and Yaḥyā b. Ziyād al-Farrāʾs al-Maʿāni al-Qur’ân which represents the al-Kūfa School’s methods.

The work titled Kitāb al-ʿAyn of Khalīl b. Aḥmad, the first representative of the Basra school, includes somewhat extensive use of the hadīth. Indeed, approximately three hundred and forty one hadīth narratives are included in this work. Of these, two thousand and fifty were narrated only as hadiths, seventy were related to Rasūlullāh and thirty one to the companions. Apart from this, there is no usage of isnād in the work. If we analyse these numbers, we can say that seventy three percent of the narratives are passed only as hadīth, twenty one of them refer to the Prophet and six percent of them to the companions.

When the isnads of the narratives are examined, it can be seen that narrators come from different regions such as Kūfa, Basra, Mecca and Medina. In addition, we can say that there are many hadīths in the work that can be described as ṣaḥīḥ (authentic).

The second source of this study is al-Farrāʾs al-Maʿāni al-Qur’ân The most important feature of al-Farrāʾ is that he includes hadīths with isnād in his book. Indeed, as far as we could determine, there are one hundred and sixty seven narratives of hadīth with isnad.

Looking at the next generation, it can be seen that the work has the isnād system of the Kūfa region. Moreover, the fact that he includes mubham narrators in thirty three and balāg mode in twenty three of the isnāds is a reminder that the isnāds of ahl alra’y are used in the hadīths. Indeed, the ittisāl in the isnāds in this regard are not very important. The same understanding exists in the Kūfa language school. However, an important feature of the Kūfe language school separating them from ahl al-ray is that they include ʿAbdallāh b. ʿAbbās narratives more than ʿAbdallāh Ibn Masʿūd. Furthermore, when we look at the numbers of the narratives of the companions, we see that fourteen of them are conveyed from ʿAlī , twenty seven from ʿAbdallāh b. ʿAbbās, eighteen from İbn Mesud, six from Aisha, two from Abu Bakr and two from Omar. If we evaluate these numbers, we see that 23% was conveyed from ʿAlī , 37% from ʿAbdallāh b. ʿAbbās, 25% from ʿAbdallāh Ibn Masʿūd, 9% from Aisha and the remaining 6% from Abū Bakr and Omar. But, it is inevitable to say that al-Farrāʾs hadīth generally is not a first source for hadīth. We can find them with their isnāds in ʿAbd al-Razzāq al-Ṣanʿānī’s book and in the other hadīth books before al-Kutub al-Sitta. 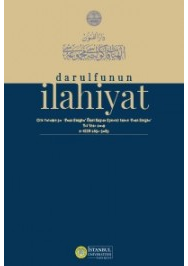