Based on the idea that bike-sharing systems integrated into public transportation systems could bring remarkable alternative solutions to the transportation problems (where demand for public transportation has high potential but is undermined for various reasons e.g., because the distance between destination and metro station is too short for a second public vehicle but too long for walking), as well as have significant social benefits in terms of the environment and public health, this study  discusses whether or not such an activity should be supported. Since the distance between Başkent University and Koru metro station in Ankara is short but transportation is difficult, the area is investigated in this study as a pilot application using the cost-benefit analysis technique. In this context, firstly, a survey is conducdet among the students of Başkent University to determine the demand for the mentioned bicycle lane and bicycle sharing system after establishing the basic assumptions and model of the study. Second, the study conducts a cost-benefit analysis based on different discount rates by monetizing the cost and benefit items over the 20-year Project life, and determining the net present value of the total costs and, benefits, a sensitivity analysis was conducted for the “good,”medium,” and “poor” scenarios, and the sustainability of the bike lane and the bike sharing system (compared to alternative electric vehicles) as a public policy was discussed. As a result, the study supports such activity as the benefit-cost ratio was 5.19 under certain assumptions where the economic life is assumed to be 20 years.

Traffic density, which has become the biggest problem of crowded cities today, and the noise and pollution it causes, reduce the quality of life in cities. A declining quality of life as a negative impact on people’s health both physical and mental. From this point of view, the aim of the study is to analyze the results of the development of bicycle sharing systems to be integrated between universities and public transport systems in order to improve the quality of life in cities by reducing traffic density. To this end, the public benefits and costs of expanding bicycle lanes and establishing a bicycle sharing system between Başkent University and Koru Metro station, which was chosen as the pilot application in the study, were investigated using the Cost-Benefit Analysis technique.

In urban transportation, the establishment of a bike-sharing system integrated with public transportation network will reduce the density of private vehicle traffic. We thought that this reduction in traffic density would reduce both traffic-related environmental pollution and the number of traffic accidents. We also thought that those who use bicycles as a means of transportation would gain various health benefits through regular physical activity. From this point of view, we investigated the supportability of the establishment of this type of bike sharing system as a public policy in our study.

Despite the short distance between Başkent University and Koru Metro station, the difficulty of transportation due to the disconnection in the public transportation network prompted us to design a bike-sharing system integrated into the public transportation network on this route as a pilot application. We considered the establishment of a bike-sharing system on the route in question as a public policy and tried to calculate its cost-benefit analysis. In this context, we first created the model by determining the basic assumptions and cost-benefit items of the study. In addition, we conducted a survey of Başkent University students to estimate the demand for the bike-sharing system. Second, we monetized the benefits and costs of the bike-sharing system, which we assumed to have a project life of 20 years. By calculating the net present value of the total benefits and costs at different discount rates, we arrived at the cost-benefit ratio of the project. We conducted a sensitivity analysis by setting up three scenarios as “good,” “medium,” and “poor”. As a public policy, we discussed the supportability of the bike sharing system. We have come to the conclusion that such a project, whose economic life is assumed to be 20 years, should be supported if the cost-benefit ratio is 5.19 under certain assumptions. For such an activity, the benefit-cost (B/C) is also calculated to be 6.9 and 0.34 under certain circumstances for two different scenarios (poor scenario and best scenario) depending on the density of the user population.

The break-even point at wich the benefits and costs of public policies are equal or the B/C ratio is equal to 1 is at an average daily demand of 145 people. From this perpective, it was concluded that  public policy should be supported when demand is at or above the break-even point, but if the demand is below the breakeven point, other public policies with higher benefits should be prioritized. In fact, if this study is implemented as a pilot application, it is considered that it will be beneficial to implement similar applications between other universities and metro stations or other public transport stations if the expected efficiency is achieved. In addition, in order to promote public transportation, it is necessary to consider pedestrian and bicycle paths integrated with public transportation systems in the transportation plans of local governments, and it is necessary to carry out certain training and presentation activities in order to increase the awareness of university students compared to university bicycle clubs. 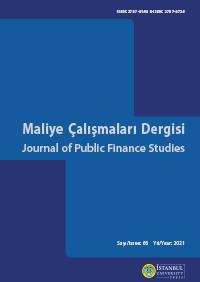