The Effect of International Migration on Foreign Trade: An Empirical Analysis for Turkey

The aim of this study is to investigate the effect of international migration on foreign trade in Turkey. The study focuses on the trade of Turkey with 125 countries during the period from 2013 to 2016. For this purpose, the models estimated by using panel data method are divided into two groups: OECD member countries and developing countries. The variables in the models are determined by the augmented gravity model. There are two main results of the study. First, the effects of international migration on exports, imports and foreign trade are positive in the models for both OECD countries and developing countries. Second, the positive impact of international migration on imports is greater than the impact on exports in Turkey. This result indicates that the preference effect is more dominant than the network effect in Turkey. There is also a need for policies to encourage more qualified immigrants to come to Turkey.

The impact of international migration on foreign trade manifests itself through two channels: preference and network effects. The continuation of the consumption habits of the immigrant in his/her country of origin also leads to a demand for the goods of the immigrated country in the host country. Besides, immigrants can lead to changes in the consumption patterns of the citizens in the host country where they live. Considering all these effects, the increase in the demand for the goods of the home countries will increase the imports in the host country. This is called the preference effect. There is a network system that connects individuals in the home country and the host country. Social and economic relations between individuals are maintained through some formal or informal groups. These connections contribute to the increase in the relationship between the two countries. Immigrants help business activities to increase by establishing business contacts with individuals in the host country. Another important effect is that they accelerate the flow of information between the host and home countries by sharing the information they have with their host country. Increased knowledge leads to a reduction in transaction costs in trade. These effects are called network effects. The preference effect increases the imports of the host country, while the network effect increases both exports and imports.

This study aims to examine the impact of international migration on foreign trade. For this purpose, panel data analysis is used in the study. The analysis includes the foreign trade data that Turkey made with 125 countries from which Turkey received immigrants between 2013 and 2016. The sample of the study is divided into two groups including 33 industrialized OECD and 92 developing countries. This distinction constitutes a homogeneous sample because it includes the countries that are more similar to each other. The random effect model is preferred because the number of units in the sample is greater than the time period, the sample does not include all possible countries, and the use of a variable that does not change over time such as distance. The variables used in the analysis are determined according to the augmented gravity model. In the models, foreign trade variables include exports, imports and the sum of the two are used as dependent variables, while income level, distance, population and nominal exchange rate variables as well as migration variable are considered as explanatory variables. Taking Turkey as a home country, some studies examined the impact of international migration on trade. These studies have been carried out on migration from Turkey to Western countries. To the best of our knowledge, there is no empirical study taking Turkey as the host country in the relevant literature.

As the distance variable representing the distance between Turkey and other countries does not change in years in the panel gravity model, it has a dummy structure. Therefore, the distance variable cannot be used in the fixed effects model based on many dummy variables by their nature. In addition, the countries included in the sample consist of a random selection as their data are available. For these reasons, all of the models in the study are estimated using the random-effects model. The Feasible Generalized Least Square (FGLS) estimator is used to make a prediction free of problems such as crosssectional dependence, heteroscedasticity and autocorrelation in the estimated linear regression models based on panel data method.

When the empirical results are examined in detail in terms of variables representing foreign trade, another significant result emerges. Accordingly, the impact of international migrants on import is larger than export in Turkey. This is valid for both OECD countries and developing countries. This result shows that the preference effect emerges predominantly. It is possible to say that migrants in Turkey meet a part of the demand for final goods through imports. For this purpose, new empirical studies on the determinants of intra-industry trade are needed in future studies. The impact of international migration on import is larger than export meaning that migrants residing in Turkey lack high-quality human capital. 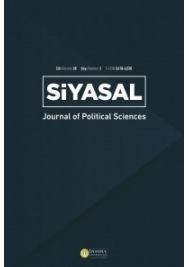