An Overview of Methods of Word Derivation in the Polish Language

Polish, a Western Slavic language, belongs to the group of inflected languages by virtue of its structure. Like other languages in this group, when a new word is derived in Polish, the roots of the word sometimes change completely and become unrecognizable, while at other times the actual letters in the stem remain the same in the new word. At other times there is only a bond between the root and the new word. Words can be preceded, centered, or ended by the affix. Lexicalization implies the appearance of the need to establish new semantics that has not existed in the language before, and the creation of new words triggered by this need. One of the most effective methods of word derivation in Polish is the addition of affixes to existing roots. However, it is also seen that the required concept cannot always be expressed by means of the root and affixes. In such cases, it is possible to follow the methods of forming a compound word, borrowing words from other languages or generating and forming a new word in order to create a new concept. This study aims to examine the word structure of Polish, and the methods used in word derivation, cognate words, prefixed and non-prefixed words. It tries to identify the letter changes that occur in word derivation. It shows the methods for determining the roots of verbs, and analyzes how meaning can be derived from them. It deals with the issue of whether a derivational affix adds the same meaning to each word and emphasizes the place and importance of auxiliary words in language in word derivation. In addition, it examines the tasks and characteristics of auxiliary verbs.

For centuries, language has been a means of expressing people’s feelings and thoughts, naming concepts they see and communicating with other people. Language is a necessity for human life living in a community because one wants to communicate with other people and convey to them what they feel. Therefore, the history of language is as old as human history. It is known that there are many living and inanimate beings that have been discovered in the universe, as well as elements being discovered. Every object and every being should be defined by a word in a proper way in terms of apprehensiveness and ability to be conceived in people’s minds. However, the words to describe them are so limited that it is very difficult to find a root specific to each object in a language. Therefore, at least some objects that are close to each other or connected to one another generally have meaning in words derived from a particular root. New word stems can be created with affixes, provided that no changes are made to the previously existing roots. In other words, existing roots can be expanded with different language elements. From this point of view, although they do not have a meaning on their own, it is revealed that affixes which take on the task of producing meaning by merging with the roots, are elements of language that constitute a very important place in obtaining new words. The need for new vocabulary has been provided for with affixes which are usually extremely practical. A word derived in accordance with the rules of the construction of affixes creates the feeling of that word having seemed to exist for a long time in the language and of it never seeming odd. However, words that are not derived according to the rules and conditions are odd or constitute a structure that contradicts with the logic of the language. The derived word should appear spontaneous and natural in the language. In every period of a language, new words may be needed due to various needs, and some words may fall into disuse depending on changing conditions. Creating new words by forming groups of words is one of the ways of producing a lexical item. This means creating a phrase from the existing words in the language. This is a very natural way for language to have meaning for new concepts. The new concept could also be expressed by a phrase rather than just one word. When the Polish language cannot find a way to derive a word that corresponds to these concepts, objects, discoveries, inventions and terms, it has to borrow that word. Getting foreign words is easy, but it is not suitable for the language. But the language in which new things, new concepts, terms, and tools are invented, carries some of its own words into every language. Along with developments and discoveries in foreign languages, many words reach each language in this way, whether it is intentional or not. Today’s highly advanced communication technology has greatly increased this possibility. While assigning tasks to words in a sentence and deriving new words from them, derivational affix is a priority. Derivational affixes are followed by inflections. Derivation and inflection are at the center of Polish grammar and these concepts are among the basic elements in the functioning of a language. The ending of a word is where the grammatical features of that word are displayed. Inflection discloses the existence of multiple word forms, and most of the time participates in the sentence with a grammatical purpose, and plays an important role in both morphology and syntax. Derivation means making new words with an affix. Within the scope of the study, we first sought the answer to the question of what a word is, and then we examined various ways of word derivation. 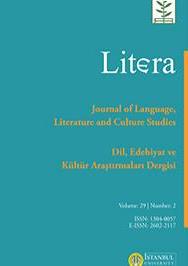