During the 18th century, the development of gender and sexuality in the modern Western world was under tremendous impact of visual and literary culture. Considering this, by examining Addison’s Cato. A Tragedy. By Mr. Addison. Without the Love Scenes (1764) (Latin version) and Lillo’s The London Merchant (1731), this article analyzes the masculine features of the characters of 18th-century tragedies in England and investigates the reasons behind the dismissal and belittlement of love scenes and feminine qualities in those tragedies. In comedies, women and their qualities were openly ridiculed, while in tragedies, masculine values and patriarchal rules were overtly protected. Depicting societal norms and ideals, Cato and The London Merchant portray the evolving notions of masculinity. Despite increasing female influence in political and social culture, love, often associated with feminine qualities, was belittled in domestic and public domains. In doing so, playwrights either entirely ignored the idea of using female characters in their plays, thus creating contextual errors of portraying husbands without wives or sons without mothers, or depicted women as the sources of passion that could potentially destroy society, men in particular. Therefore, the concept of love was neglected, undervalued, or dismissed, with playwrights rather offering patriotic or capitalist virtues to substitute the idea of love so that their plays would be deemed as appropriate for public appreciation. They also did not include any signs of sentiment, which was considered the reason behind a considerable decline in tragedies.

For many scholars, the 18th century is considered to belong to the genre of novel; but during those years, tragedies were also written with the intention to define the 18th-century English identity and qualities. Therefore, by examining Addison’s Cato. A Tragedy. By Mr. Addison. Without the Love Scenes (1764) (Latin version) and Lillo’s The London Merchant (1731), this article analyzes the masculine characteristics of 18thcentury tragedies as part of the English identity, while investigating the reasons why love scenes were attacked during this period. There is an array of important themes in Cato that could be reinterpreted as a play; nonetheless, this article focuses on another version of Cato, which was published in 1764, in Latin, under the title Cato. A Tragedy. By Mr. Addison. Without The Love Scenes. One of the reasons behind editing Cato by eliminating love scenes stems from the assumption that society, at that time, undervalued love and dismissed any representation of it on stage. Harmonious with the Puritan code of ethics, cultural perceptions of the 18th century render love and any type of passion provoked by it as being sinful. To purify a play from its “sinful” content and restore it to its mission of safeguarding morality and providing absolution, no trace of femininity was used. The London Merchant is taken from a ballad, which tells the unfortunate tale of an apprentice, George Barnwell, who is seduced by Millwood, and, as a result, steals money from his master and kills his uncle. Barnwell ending up at the gallows must have hit a particular nerve that drove Lillo to write a play on the subject. Lillo, however, wove the tragic events around the heralding news of the middle class. In his dedication, he submitted his sincerest respect to Sir John Eyles, who was a Member of Parliament and the sub-governor of the South Sea Company. Characteristically, the play transformed into a eulogy of the character Thorowgood, who was a renowned representative of the middle class and a virtuous portrait of a businessman. While delineating the plight of the apprentice, Lillo portrayed Millwood as an evil character whose femininity seemed to be the driving force for such hazardous business. Millwood was used as a scapegoat to criticize the passions of the time, consciously or unconsciously ostracizing negative feminine values. Lillo enriched the ballad’s limited story by adding the obedient and virtuous Maria as Thorowgood’s daughter, who presented the untainted woman desperately craved by masculine forces. By empowering men and subjugating women, plays were able to portray a masculine and strong Britain. The removal of women from tragedies is due to the fact that tragedies were somewhat out of favor during this era. Hence, excluding female characters can be seen as a playwright’s way of saving the tragedy genre. Although Cato and The London Merchant are completely different plays in terms of setting, period, and messages conveyed, the most remarkable similarity between the two of them is their influence and success in their respective eras. Many tragedies fell out of favor but these two plays became a hit, which was highly unexpected. The reason behind their triumph can be traced to their historical context; evidently, both the plays are pioneering as they contain noteworthy observations of the social, historical, and economic conditions of the 18th century. Despite the textual perplexities, the audience welcomed these plays, primarily due to the ideas they conveyed. In spite of increasing female influence in political and social culture, love, often associated with feminine qualities, was belittled in private domains. Therefore, the concept of love was neglected, undervalued, or dismissed, with playwrights rather offering patriotic or capitalist virtues as a substitute to the idea of love. With this, their plays would have no trace of sentiment, which was considered to be the reason behind the decline of tragedies, and will thus be appropriate for public appreciation. Sublimation of male protagonists as the sole source of virtue enabled playwrights to convey a moral message of caution against women. While reinforcing the idea with renderings from religious texts and constant biblical references, tragedies turned into a device of masculine empowerment to propagate phallocentric values. Perhaps intending to be show a different outcome, Addison and Lillo ultimately contributed to the creation of masculine characters in modern tragedies. 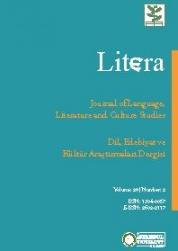