Pavlos Matesis and Post Modernist Elements, Nationalism and The Other in His Work “The Daughter”

Modern Greek literature, by both preserving its traditional elements and following world literary trends, especially those from the West, has fabricated an authentic literature since 1821. Modern Greek literature has discussed social, cultural and historical events that have affected Greece, as an element in literary works as both prose and poetry. One of these historical events is World War II, this affected the whole world and launched an immediate chain of events such as the Italian occupation and resistance to the occupation, as well as the famine and civil war in Greece. This study was prepared by examining Dilsizin Kızı (The Daughter) by Pavlos Matesis, in which the protagonist Raraou tells the story of her own life in the axis of these historical events. The post-modernist elements of the work have been analyzed and the notions of nationalism and ‘the other’ have been scrutinized. Within this context, it is revealed that while ‘Turk’ preserved its place as the historical ‘the other’ in Modern Greek literature, the concept of the other changed as a result of the events that occurred during and after World War II. In addition, it can be said that the work prompts the reader to question the notion of nationalism by problematizing it. It has been found that Modern Greek literature, while continuing the tradition, followed trends in world literature. Matesis created a unique work by combining post-modernist elements with traditional Greek prose.

Modern Greek literature has been nourished by the historical, political and social phenomenon since 1821. The historical, social and political events in Greece after the Second World War prepared a literary ground for Greek writers to use their creativity. As thematic elements, the occupation of Italy in the Second World War, the resistance to this occupation, the famine and the civil war enabled the researchers to classify writers within a certain period as the ‘Generation of 45’. These writers depict not only the events during and after the Second World War in Greece, but they also reflect the literary movements and techniques across the world while continuing the Greek tradition that preceded them. In addition, while clearly reflecting on their works the dilemma brought by the period, they also convey personal and sometimes social opinions in a unique style. The work of theater and novel writer Pavlos Matesis, the subject of this study, was examined by some researchers within the Generation of 45 group. However, these studies were found to be inadequate in terms of academic point of view. This work discusses the place and kinships of Pavlos Matesis in Modern Greek literature and the Generation of 45. Thus, it aims to provide a new and comprehensive contribution to the academic work on Pavlos Matesis. The study attempts to clarify the position and artistic style of Pavlos Matesis via his work Dilsizin Kızı (The Daughter). The story, to some extent far from epic historical narration, explains starkly how and by how much Greek society has been affected by the era of the Second World War. Using a fairly ironic style in his work, Matesis strengthens the structure of the story with rich side characters and depicts a traumatic period and its influence on Greek society. Contrary to a heroic epic, the work reflects Greek suburban culture by setting historical events in the background. However, the most genuine characteristic of the novel is not merely the story, but also the presentation of the story with the elements of post-modernist novel. The tale is told directly in a self-referential and episodic way by a woman protagonist, who turns into an anti-hero with incoherent narration. The protagonist examines the era by showing the tragicomic dilemmas, and the absurdity and the ruthlessness of life and history. Side stories in the novel also create a temporal distortion and ask specific questions of the reader, creating the technique of participation. The theater background of Matesis takes place in the story within the narration of the protagonist, which can be considered as self-referential. In addition, both the notion of nationalism and the concept of ‘other’ in the work were examined, and extent that the events in history changed the notion of ‘other’ was explained with the fictional examples. The study aims to show the characteristics of post-modernist fiction and the artistic style of Pavlos Matesis in his work Dilsizin Kızı (The Daughter). Thus, it was found out that the writer and his work constitutes a paradigm of the Greek prose tradition and a post-modernist fiction that questions nationalism, history and modern age through the perception of an unstable anti-hero. 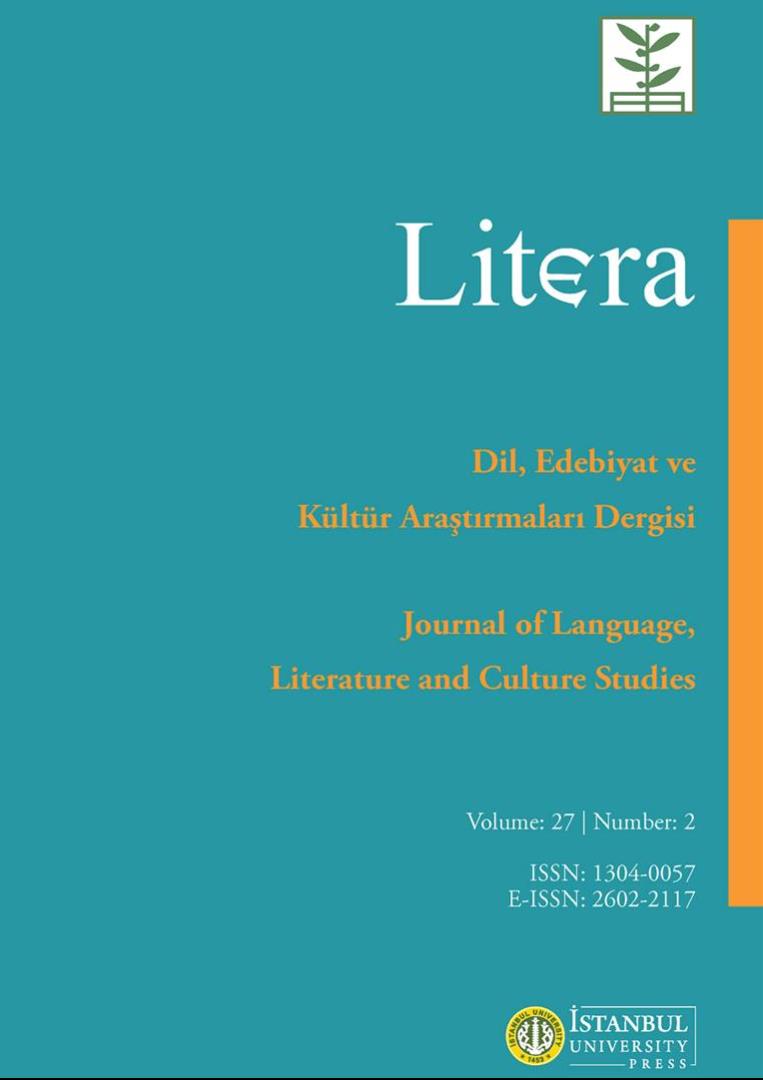