An Overview of the Main Problems in Our Cities

This article, which is based on an earlier self-publication, offers a reassessment of some of the issues touched upon in the I. and II. volumes of “Urban Geography”. In the times of the Ottoman Empire, a unique architectural style marked the Turkish-Ottoman cities and houses, sprawling over a wide territory ranging from Crimea to Egypt, North Africa, Bosnia-Herzegovina and Persian Gulf. It is beyond doubt that the building materials used for the construction of settlements varied in different geographies. Nonetheless, the architectural styles of these buildings were never changed; an identical structural style was observed in every part of the empire. Also, the architectural characteristics of cities and constructions were determined and applied precisely from a single centre - after reaching a consensus over long debates. The old city structure had small squares, which most of the time coincided with the middle of neighbourhoods; consisting of a mosque, inn, bath, shops, primary school, fountain, well and coffeehouses that spread radially from its center to its sides and gradually moved away from each other; that is, usually extended by irregular avenue and street systems with side gardens of various types of trees. Unfortunately, these kinds of settlements had been almost completely destroyed. Instead of these, massive concrete structures like high rise buildings, or slums without a residential usage licence were built and inhabited. Beyond question, these kind of constructions represent two degenerate ends of our cities and dwellings. Wherever we come across remnant parts of our old cities that have somehow survived, we regard them with admiration and register those sites as cultural heritage. We declare these quiet and calm sites surrounded by various trees and flowers, as “slow cities”. This disadvantageous structural change between our old and new cities must be halted by all means. Not only by regulations on zoning law and disaster law (urban transformation), but also the city planning and housing design must be re-evaluated by a center and relevant interdisciplinary officials; and it must be decisively applied in accordance with our geographical environmental features. This article is written with this specific objective. 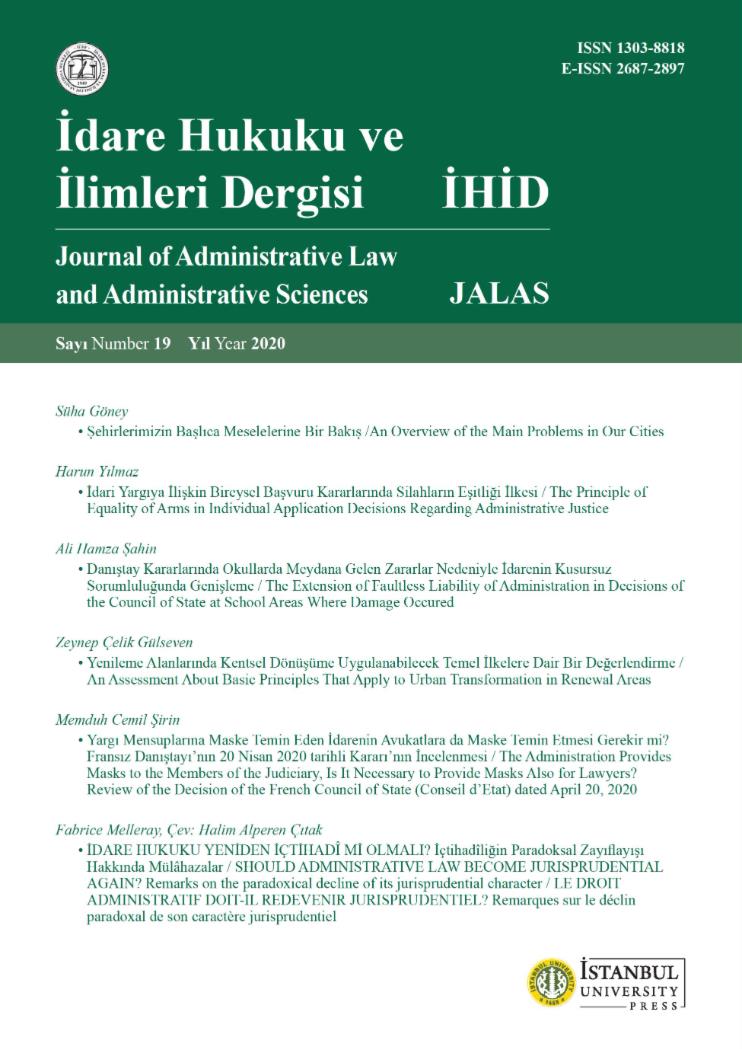