A New Aceramic Neolithic Site Nearby the Obsidian Sources: Preliminary Insights from Sırçalıtepe

This paper is a general assessment of the studies conducted in 2019 and 2020 at the site of Sırçalıtepe. The settlement, which is dated to the 8th mill BCE, is located in the Volcanic Cappadocia region, within the borders of the Kayırlı village in the province of Niğde. With its location, it can be characterised as the nearest site to the Göllüdağ and Nenezi Dağ obsidian sources in the region. The excavations at Sırçalıtepe were carried out in two different areas of the mound. One trench is the slope trench with documented architectural remains and finds related to daily life, and the other trench is from the top of the mound where obsidian knapping debris is present in proportions commonly seen in workshop areas. The architectural remains discovered in the slope trench involve mudbrick walls, lime plastered floors, and large ovens. However, the investigated area from the top trench with abundant cores and knapping debris reveals the difference between Sırçalıtepe and other contemporaneous sites in the region. Thus, it can be argued that Sırçalıtepe, especially with its obsidian artefacts, has the potential for revealing the relationship between the workshop and the site. Portable XRF analyses performed on a group of obsidian artefacts showed that the settlement inhabitants used Göllüdağ, Nenezi Dağ, and Acıgöl obsidian sources. 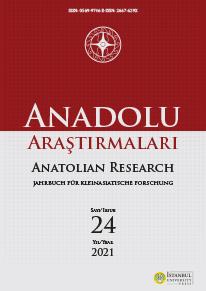