Atatürk sculptures have been installed since the proclamation of the republic. They are important symbolic monuments that represent the modern side of Turkey and its people’s gratitude to their leader. Şadi Çalık, an important artist of 1960’s and 1970’s, worked as an educator and sculptor. He attempted to make individualist and original Atatürk monuments, as seen in his sculptures in different city squares. His originality and individualism can also be seen in the different characteristics of the Atatürk sculptures in Akhisar, Ayvalık, Bandırma, Batman, Bitlis, Burdur, Edremit, Erzincan, Eskişehir, Diyarbakır 3rd Air Force Base, Middle East Technical University, and Anadolu University. This study provides information on his unpublicized works, Monument of Atatürk and Youth in front of the Eskişehir Governorship and Atatürk Sculpture on the Yunus Emre Campus of Anadolu University. These monuments are similar in terms of the selection and harmony of materials and their technical features. This study also incorporates news about the monuments from the newspaper Sakarya, memoirs of Prof. Dr. Yılmaz Büyükerşen, and some models in the collection of the Museum of Contemporary Arts in Anadolu University.

Şadi Çalık is one of the artists who come to mind when Turkish sculpture is mentioned; he drew attention with the monuments he made after 1950. As a student of Rudolf Edwin Belling, he continued his art life in the metal workshop of the State Academy of Fine Arts in 1959 and became popular, receiving increasing number of orders over time. In those years, he was impressed by the abstract art of Paris.

This study discusses the opening of his unpublicized work Monument of Atatürk and Youth in front of Eskişehir Governorship, financial support of Sakarya and the citizens of Eskişehir, ceremonies, and cost of the monument. Sakarya, one of the local newspapers in Eskişehir, recorded citizens’ protests, nongovernmental organizations, and students and the work and activities carried out in line with the request for an Atatürk monument. In his memoirs, Prof. Dr. Yılmaz Büyükerşen, who had been engaged in politics and art since he was a student, said that no Atatürk sculptures were made in the city until 1959.

In the competition held for Monument of Atatürk and Youth in Eskişehir in 1962, a jury consisting of sculptor Ali Hadi Bara, architect Ahsen Yapanar, and Nezih Eldem chose Şadi Çalık as the winner. After he completed the monument in his workshop on Plaj Yolu Street, Istanbul, an opening ceremony was held on September 28, 1962, at 3:00 p.m. with the participation of Cemal Gürsel, Turkey’s president at the time.

Although Monument of Atatürk and Youth was not one of the first monuments to be made after the proclamation of the republic, it is a unique example for its dimensions and ramp arrangement. Andesite coating was used for the ramp and pedestal, and marble coating was used for the monument; the Atatürk sculpture was made of bronze, and its square cubic pedestal was made of gray-green marble. Atatürk was located in the middle at the end of the ramp at a height of 188 centimeters, embracing the entire square. The height of the sculpture is 360 centimeters, 4 meters with its pedestal. Atatürk is depicted in civilian clothes and looks majestic in a suit and long coat. The pedestal has the inscription of the artist and the caster on it: SCULPTOR M. ŞADİ ÇALIK is written on the right side of the pedestal, and CASTER M. YETKİNER NAZİLLİ is written on its left side.

Male and female Turkish youth figures are located on the right side of the Atatürk sculpture, and on the left side, there is a block with “Atatürk’s Address to the Turkish Youth” written on it. Atatürk points at the youth figures with his right hand. The three young figures in the first line have torches in their hands, and of the figures that raise the lit torches with their right hands, two are men and one is a woman. The male figure on the right side is in civilian clothes; the torch in his right hand represents public resistance; and the book in his left hand represents the rise of the Republic of Turkey with educated youth.

The third part of the monument displays the “Atatürk’s Address to the Turkish Youth” and “The Independence War” reliefs, which depict nine figures: seven soldiers, Atatürk, and an Anatolian woman. From the left, the first two figures are cavalry soldiers attacking the enemy on horseback at full speed; as an indicator of their speed, the stones on the ground are chipped. The third, fourth, and fifth figures, which constitute a triple composition, are dynamic and active, holding their weapons in different ways. Atatürk is standing with his right hand next to a gun carriage and wearing a military cloak, ordering, “Armies, your first goal is the Mediterranean, forward!” He is depicted as a commander who controls every moment of the war, with his binoculars in his hand, gun on his belt, and long boots on his feet.

The second monument Şadi Çalık made in Eskişehir is the Atatürk sculpture in front of the Faculty of Law, Anadolu University, in the area used for ceremonies. It is a bronze sculpture, with a travertine pedestal. The Atatürk figure is about 2 meters tall. It is in the middle of a rectangular pedestal, and Atatürk’s figure dons civilian clothes. His arms lean on the pedestal, with his right elbow parallel with his body and the book he holds lateral to his chest. His left arm lies on the pedestal, his hand holding it. The sculpture is seen frontally, depicting Atatürk seated with his legs bent at the knees; his left leg is placed flat on the ground supported by the heel, while his right leg is extended forward with the knee bent.

Today, there are two plaster models of Atatürk of different dimensions in the Anadolu University Museum of Contemporary Arts’s collection; one measures 58×52×68 centimeters, while the other measures 49×9×12 centimeters. The larger model only depicts the sculpture, whereas the smaller model shows that the inscription will be written on the sides of the pedestal. The smaller model has random letters that do not spell out any meaningful words. According to the model, the artist planned to write a four-line inscription; he showed these models to Prof. Dr. Orhan Oğuz, the president of the academy at the time, and his assistant, Prof. Dr. Yılmaz Büyükerşen. The monument was completed without the pedestal inscriptions shown in the models.

Monument of Atatürk and Youth and the Atatürk Sculpture are unique monuments that are striking because of the selection and harmony of materials, technical characteristics, and angular forms that have a certain unpretentious plastic characteristic. The Atatürk sculptures made by Şadi Çalık, an artist who tried to be unique, will continue to be symbols of Eskişehir. 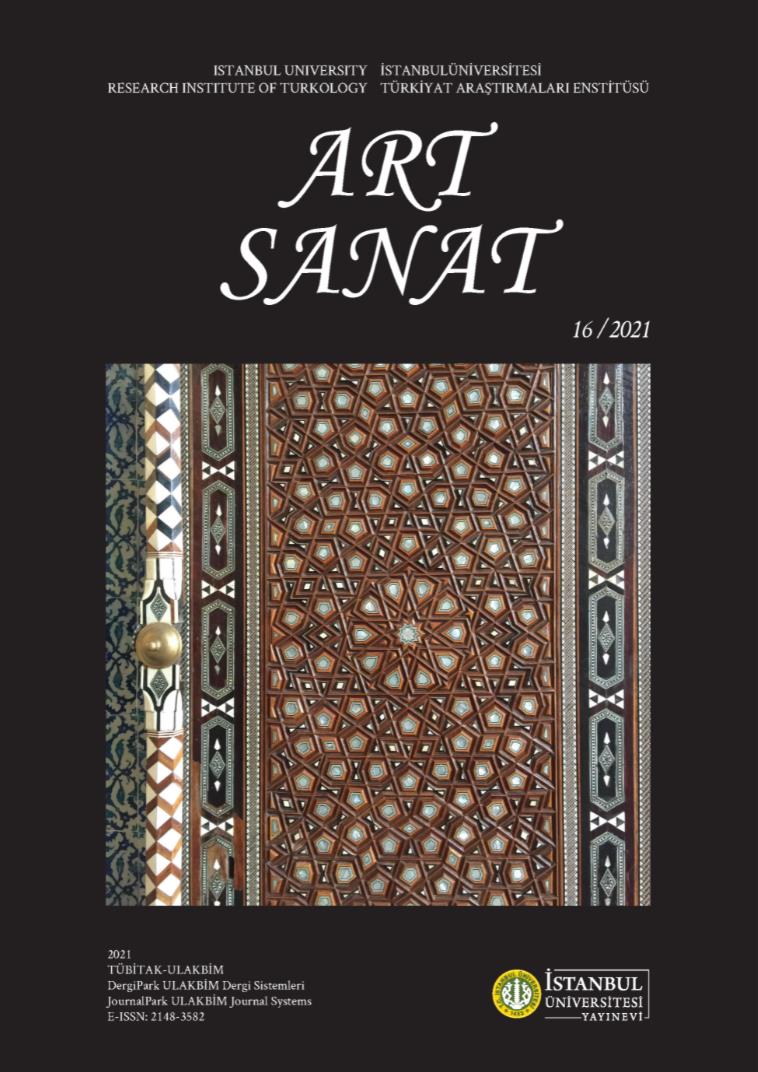