This paper aims to identify the benthic macroinvertebrate fauna and some physicochemical characteristics of Kanak Dam Lake located in Şarkışla, Sivas. For this, water and sediment samples were taken from 4 stations of the lake between August 2016 to July 2017 at monthly intervals, and a detailed physicochemical analysis was carried out on these samples. While the identification of benthic macroinvertebrates was made to the lowest possible taxa (species, genus or families), some physicochemical characteristics of the lake water such as temperature, pH, electrical conductivity, dissolved oxygen, SO4 , PO4 , NO3 -N, NO2 -N, Mg, Ca, total hardness, salinity and Cl levels were determined using various titrimetric and spectrophotometric methods. As a result, a total of 30 taxa were identified and were classified as Oligochaeta, Chironomidae, Gastropoda and other Insecta (Ephemeroptera, Trichoptera, Hemiptera (adult), Odonata, Plecoptera and larval Coleoptera). All the identified taxa were determined as the first records for the lake. While the temperature, pH, electrical conductivity, dissolved oxygen, chloride and sulfate levels were found to have the first class quality according to Turkey’s water control regulations the NO3 -N and NO2 -N levels in the lake were found to have the second and third class water quality, respectively. The total hardness of the lake water was found to be at lighthard water quality The Shannon Weiner diversity index for macrobenthic fauna of the dam lake was found to be 0.64 on average. The sampling stations and months were evaluated also statistically by using the Bray-Curtis Cluster Index in terms of the distribution of the benthic macroinvertebrates and physicochemical parameters. 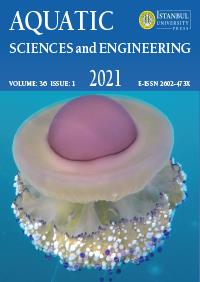