Some Aspects of Reproduction in Amblypharyngodon mola from Sylhet, Northeast Bangladesh

The mola carplet, Amblypharyngodon mola (Hamilton, 1822) is the most common small indigenous freshwater fish species in Bangladesh. The precise information addressing the reproduction in this species including breeding peak, ovarian histology, morphometry, and sex ration in nature is still insufficient. A one yearlong filed survey and different laboratory assays have been directed to disclose some key features of reproduction in female A. mola from wetland reservoirs in the greater Sylhet region in Bangladesh. The total length and the body weight have shown a strong correlation with gonad weight, occupying statistical r2 values of 0.89 and 0.91, respectively. However, a Chi-square test at P<0.05 reported no significant deviation in sex ration of the wetland’s stock. The maximum fecundity has been reported during the month of May as 12569+620 while the lowest is during the month of July as 9377+455. The highest values for gonadosomatic index have been reported in May while the lowest is in January with another peak in November. The histological study of ovarian cells resulted in the characterization of oocytes, previtellogenic oocytes, vitellogenic oocytes, perinuclear oocytes, and mature cells with yolk mass. 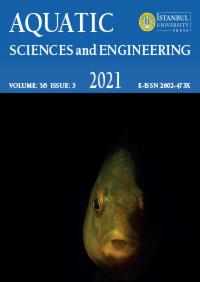