Records on Yunus Emre in the Ottoman Chronicles and Biographical Sources

In this paper, Ottoman chronicles and biographical works, which are the main sources of information about Yunus Emre, are examined and evaluated. It is revealed that the chronicles, which are supposed to contain accurate information about Yunus Emre, do not actually do so. It is found that the information in the chronicles and biographical works are generally short and repetitive expressions based on Taşköprizâde’s work called al-Şakaik al-Numaniya. It is determined that the information in the biographical sources is diversified when compared with the history books. Therefore, the content of the work, the era it was composed in, the sources, and the characteristics of the author are important factors. However, it is understood that Yunus Emre has been confused with another Yunus in both history books and biographical works. It is seen that the recorded poet’s death in the sources is Hijri 843 (1439–40). There was a Sufi poet as well, namely Âşık Yunus, who is well-known and who died around the same time. He was one of Emir Sultan’s disciples, and he was also the real composer of some famous verses, such as “I asked the yellow flower” and “The rivers of that paradise,” which are said to belong to Yunus Emre. Thus, it is concluded that this person is confused with Yunus Emre.

Yunus Emre is one of the most remarkable names in the history of Anatolia’s culture, literature, and mysticism. However, there is scant accurate information about his life in the written sources of his period. This dearth of information has popularized the idea that he was not a famous person at the time. The Hungarian youth, Georgius, who was captured by the Ottomans during the reign of Sultan Murad II, and lived in captivity for 20 years between 1438 and 1458, met many Sufis in Anatolia and participated in their religious rites while visiting Ottoman cities. He also met the name of Yunus Emre on one of these visits and listened to one of his chants, which led him to add two of Yunus Emre’s poems to his book, which he published after escaping from captivity and returning to Europe. This work, published in 1480 as Tractatus de Moribus, Condictionibus et Nequicia Turcorum, (Treatise on the customs, habits and perversity of the Turks) is one of the oldest records of Yunus Emre found in contemporary times.In the light of the data provided by current research, it is estimated that Yunus Emre lived in the last period of the Anatolian Seljuks and the beginning of the principalities period. The recorded year of death is 1320. Therefore, according to Ottoman sources, where the first information about Yunus Emre is given, the period in which the poet lived is different.

This article aims to contribute to the research about Yunus Emre, by examining the chronicles and biographical sources of the Ottoman era. Firstly, historical sources are mentioned, and information are given under separate headings by following a chronological order for the mentions about Yunus Emre. These are: Tawarikh-i Âl-i Osmân of Âşıkpaşazâde, Tarikh-i Nişâncı of Ramazanzâde Mehmed Çelebi, Tâc alTawarikh of Hoca Sâdeddin Efendi, Künh al-Ahkbar of Mustafa Âlî’s, Mir’ât al-Kâinât of Nişancızâde Mehmed Efendi, and Silk al-Le’âl-i Âl-i Osmân of Ahmed Hasîb Efendi. Almost in all Ottoman chronicles where Yunus Emre’s name is mentioned, Tapduk Emre, the poet’s master and Yunus Emre are both mentioned. Both names are recorded among the Sufis of Bayezid I (1389–1403) period. It is seen that historians used Taşköprizâde’s work, al-Shakaik al-Numaniya, since it is the main source for most of the Ottoman historians about Sufis. Among Ottoman historians, Âşıkpaşazâde is the first person to mention Yunus Emre. However, since Taşköprizâde died when he was just a few years old, there is no possibility that he used Shakaik. So, among historians who mentioned Yunus Emre, only Âşıkpaşazâde mentioned him among the awliyas of the Murad I’s period (1362–1389), without going into much detail. Gelibolulu Âlî and Ahmed Hasîb mentioned Taşköprizade as Yunus Emre’s sheikh during the reign of Bayezid I, and also earlier, during the reign of Orhan Gazi (1324–1362). The reason for this is that Âlî’s and Hasîb’s sources are more diverse than other names, because the legend of Haci Bektash-i Veli and Tapduk Emre, which they narrated in the section about Haci Bektash, is based on the Walayatnâmah.

Biographical sources are discussed after the above-mentioned six chronicles. The works of people who lived most of their lives in the Ottoman period and died in the first years of the Republic are also included in this section. There are literary works such as biographies and books written about the death dates of people among the examined sources. It is observed that the information in biographical sources is more diverse than in the chronicles. In this regard, the characteristics of the author, the content of the work, the period in which it was written, and the sources used are effective. The information given in history books has always been very limited since there is no exception apart from Hasîb, who is the only one who extracted the information from Shakaik. However, what is common and clear, both in the chronicles and in the biographical sources, is that the authors who gave information about Yunus Emre in the Ottoman period confused another person with him. These works record Yunus Emre’s death date as Hijri 843 (1439–40), however, a Sufi poet named Âşık Yunus, who is thought to be a disciple of Emir Sultan, died around 1439–40 or sometime later. It is understood that this person, who was mixed up with Yunus Emre in some works, was Âşık Yunus. In addition, the real owner of the verses that are known to belong to Yunus Emre, such as “I asked the yellow flower” and “Sol heaven’s rivers,” are actually Âşık Yunus’ works.

When all these factors have been evaluated, it is understood that the person confused with Yunus Emre is actually Âşık Yunus. Bursalı Mehmed Tâhir, one of the biographers, and Hüseyin Vassâf, who seems to have benefited from Mehmed Tahir, realized that the year 1439–40 was too late for Yunus Emre’s death and made evaluations. However, they also fail to notice that the poet was confused with Âşık Yunus. As a result of the dearth of data about Yunus Emre in the works written during his lifetime, data about Âşık Yunus was attributed to him in the sources written in later periods. In addition, various claims have been put forward about Yunus Emre’s hometown, personality, and grave, as is the case with every person to whom the public attaches a superior value. In the meantime, of course, the rumors produced by the oral culture of the time was developed and spread further. The information seen in the chronicles and biographical sources written in the Ottoman period, where we obtained the first data about the poet, maintained the effects of this situation. 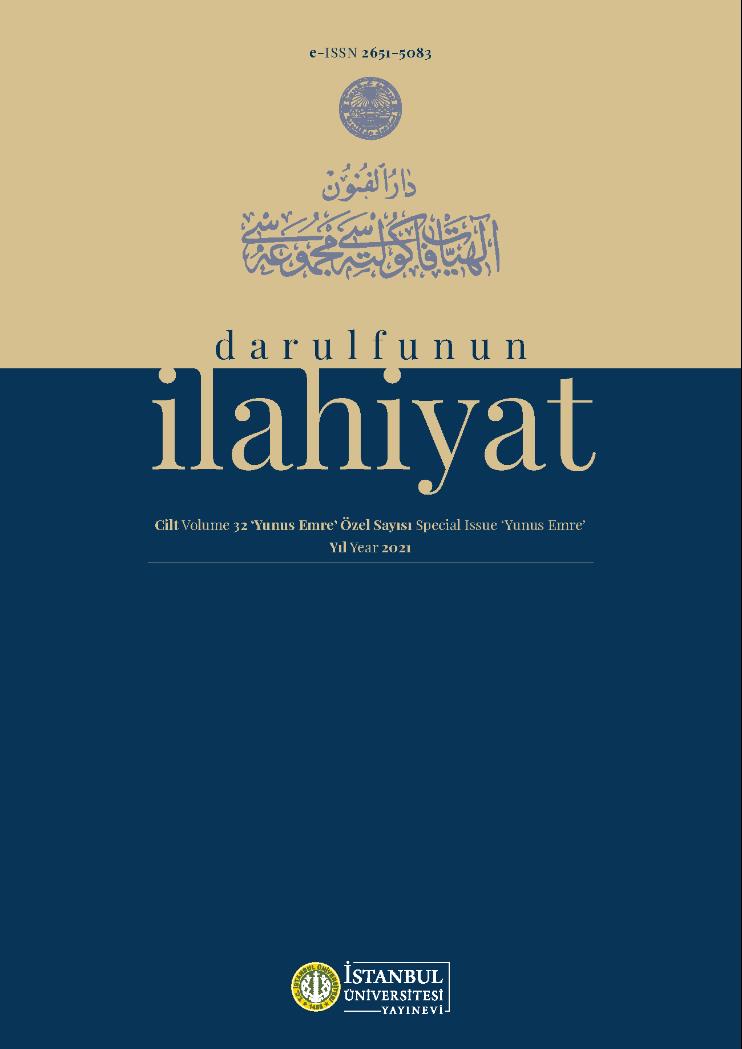