The objective of this article is to comprehend how and from which perspective sociology focuses on child poverty and to explore the way it poses the problem. In this context, the article reveals the main contents and general character of sociological perspectives on child poverty and discusses the deficiencies, limitations, and prejudices of the literature through an investigation into which approaches are adopted and which themes are focused on. A critical literature review method was used in the article. Two approaches emerged: the structural and phenomenological approaches. Based on these approaches, some results were obtained. These were that, within the structural approach, a child-oriented research approach is lacking since the focus is on such factors as family structure, race/ethnicity, space/neighbourhood, gender, social expenditures/support applications. The gender dimension particularly needs to be considered as a prominent theme in childcare. The quality of the relationship with the social policy field is significant for the literature in terms of both social policy as an integral dimension of child poverty as well as methodological limitation and constraint- lack of childspecific statistical data production. Finally, our research concluded that the number of macro-oriented studies that have adopted a structural approach was not high because of the limitation and constraint of statistical data production in the literature in Turkey

Child poverty has started to draw attention and has been investigated in sociology since the 1990s. There are a number of dynamics that might help articulate the increasing interest in child poverty. These are the approval of the United Nations Convention on the Rights of the Child in 1989, consideration of children as a social category, and high child poverty rates. The objective of this article is to comprehend how and from which perspective sociology focuses on child poverty and to explore the way it poses the problem differently from such disciplines as economics, social policy, psychology and anthropology. This requires taking a look at sociology’s way of thinking on the matter – conceptual tools, research methods and questioning ways. Based on this argument, through an examination of which approaches are adopted and which themes are focused on in the field, the basic elements and general character of a sociological view on child poverty were revealed and the deficiencies, limitations and prejudices in the literature were discussed. Thus, the aim of the study was to trace the reflections of a rights-oriented approach to children and to examine the arguments that consider children as a unit of analysis and social actors in the sociology literature. The aim of this literature review is to make a critical comparison rather than present a summary and description of the current literature. Based on classifications that emerged on the basis of significant themes and approaches, in the discussion section, the literature was critically evaluated within the frame of limitations, deficiencies and prejudices from a holistic view.

The literature on child poverty in sociology was classified on the basis of prominent themes and approaches adopted in different studies. The literature includes themes within the framework of two main approaches – the structural approach and the phenomenological approach – and focuses on such themes as well-being, inequality, child care, daily life, social exclusion, child labour, juvenile delinquency, and street children. While the structural approach is mostly adopted in macro-oriented studies using quantitative methods, the phenomenological approach is mostly encountered in micro-oriented studies using qualitative methods. The structural approach has developed as an outcome of the multidimensional approach, which includes material indicators such as income and consumption as well as deprivations in social sphere. This approach reveals multidimensional analyses by considering structural factors that determine child poverty such as employment, family structure, race/ethnicity, space/ neighbourhood, gender, social policy. These factors are added to each other in some studies. The phenomenological approach analyses the multidimensional social aspects of the effects and consequences of child poverty on children. In these studies, in which qualitative methods are mostly used, themes such as daily life, child labour, juvenile delinquency, and street children stand out. When compared with the structural approach, they focus more on children through the consideration of children’s experiences of poverty as well as their viewpoints.

These studies in the sociology literature provide an insight into child poverty. They show a general acceptance that poverty as a social problem is experienced by children even more deeply than adults.

The literature also reveals a recognition of children as social subjects, but this recognition is partial and relative. Moreover, looking at the prominent approaches and methods used in different studies as a whole, it is obvious that a child-based approach is lacking. Children are regarded as the social subjects of the problem, but they are mostly neglected when it comes to methodology . This lack of a child-focused approach comes to the forefront especially in the structural approach. In these studies, in which quantitative methods are mostly used, since factors such as family structure, space/neighbourhood, race/ethnicity are taken into account, general population and settlement statistics are used instead of child-specific statistics. It seems that child poverty is clearly associated with women’s poverty and that both add to the other. Although the gender aspect of child poverty is significant, in studies investigating the theme of childcare, the focus shifts to women instead of children. Thus, women’s poverty comes to the forefront more than child poverty. Looking at studies in which the structural approach is adopted, it seems that space/neighbourhood and race/ethnicity are intertwined and examined in relation to each other. This is more common in studies using qualitative methods rather than studies using quantitative methods. In this preference, besides the sociological research tradition, it can be said that opportunities in the production of statistical data are particularly determinative. A consideration of the literature in Turkey reveals that the limitations and constraints in this area are clearly evident; they even affect the determination of the research method, as if the two were inseparable. In our country, the limitations and constraints in the production of statistical data lead to studies that use more qualitative methods. Social policy, which is one of the primary areas that examines child poverty, is added as a context to sociological studies in terms of both methodological constraints and representing a significant dimension of the phenomenon in studies conducted in the field of sociology. 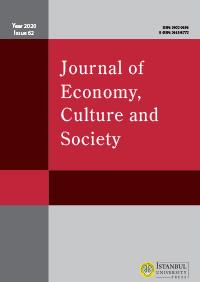