In this study, one of the most influential figures in literature and especially in poetry and one of the first eulogists in Iranian literature in Islamic period Ferruhî-yi Sîstânî, who is also famous in Persian literature, his life and his literary career are mentioned briefly. Elegy in the Arabian, Persian and Turkish literature will be mentioned, as well. Besides, it is stated that the poet’s elegy written on the death of Sultan Mahmûd is one of the influential works in Persian literature. In this elegy, Ferruhi combines classical mentality and aesthetics with the language of poetry there is a reflection of the grief that Mahmûd’s death created on his soul in his poetry. The poet with his inner cries reflects a persona who suffers and anguishes.

Mahmûd the sultan of the kingdom of Ghazna who is the son of Sebüktigin received a religious and political education traditionally from a young age and raised as a good statesman. Mahmûd of Ghazni, who was one of the exceptional statesmen of the Turkish-Islamic world with his administrative talent, politics and great victories, spent most of his life on the battlefields. He tried to throw all the great figures together in his palace and paid court to the poets and scholars. He also invited poets from neighboring countries to their countries. Although the fact that there were 400 poets in his palace in which official language is Persian is accepted exaggeration, it is significant to see that he highlights the importance of poetry and literature. Ebü’l-Hasen Alî b. Cûlûg Ferruhî-yi Sîstânî who is one of the first eulogists in Iranian literature in Islamic period was one of the poet laureates of Mahmûd of Ghazni after Mahmûd came to the throne and he lived in the period of Sultan Mahmûd and his two sons Muhammed and Mesud. The poet wrote ode to the king in the meeting heldy by Mahmûd Ghazni in religious days. Additionally, he joined Mahmûd of Ghazni’s all Indian expeditions and gave information about them in his odes. He wrote an ode with sixty-nine couplets in the form of an elegy and he wrote both his love for Sultan Mahmûd and his sorrow over his death by praising to him in this poem. The poet expresses his pain after the death of Sultan with his sincere feelings through his poetry. Although love, drunkenness, joy, and happiness are general themes in his poems, he also mentions his pains and sorrows in this poem. In fact, this ode is a story of both the concern for future after the death of Mahmûd Ghazni and all palace and city people who are in shock and lament. He mentions a grieving city with a clear, simple and fluent poetic language in a realistic way. 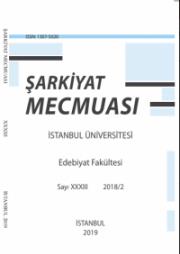