THE ADJUSTMENT OF THE OTTOMAN WRITING OF QURANIC MUS’HAFS

The activity of adjustment is the symbols that accompany the letters to determine their sounds. It is also called form. However, the activity of writing is the translation of what is spoken by signs and forms or the reproduction of words in alphabetical letters. It can be named, as well, alphabet, calligraphy or script. There are six types of writing: Ottoman writing, orthographic spelling, poetic writing, phonetic writing, Braille writing, Mursi writing. From past time, these kinds of writing have been used and still exist nowadays as means of human interaction and communication in different life fields. Both orthographic spelling and Ottoman writing are commonly similar in many cases, but different in few cases, including adjustment. There are ten symbols in orthographic writing: the vowels (fatha , damma, kasra), Tanwin (fathatan, dammatan, kesratan), Sukun, shadda, long alif and the small hamza that are placed above alif, waw, ya and also under the alif. Whereas in Ottoman writing there are thirty-two symbols. In addition to the previous ten symbols, this adjustment includes the following: long sounds, junction adjustment, literal adjustment, word adjustment, point adjustment, lozenge adjustment, adjustment in form of zero, adjustment using color.

Writing, also called lettering, calligraphy or script, is the symbolization of speech by signs and forms. In other words, it is the lettering of words alphabetically. Calligraphy or script generally belongs to the language it represents, and holds its name. Hence, there is for example, Arabic, Ottoman, or Latin writing. Human beings in general, particularly Arabs and Muslims, have created types of writing or calligraphy in different fields throughout ages; such as various kinds of scripts produced by nations, the Ottoman writing used by Muslims for the writing of Quranic verses, and others. The Orthographic writing is more common and widely used, nearly in all that is written in the Arabic language, whereas the Ottoman writing is narrowly used and limited only to the writing of Quran and the science of Tajweed. It can be said that the activity of adjustment, also called form, is the use of some symbols that accompany the letters to determine their sounds. It is both a system for the formation of consonants to perform the intended meaning, and the “basis for correct reading”. In some cases, the lack of adjustment may change the meaning. The term ‘adjustment’ in the Ottoman writing and in Tajweed corresponds similarly to ‘form’ in Orthographic writing. However, adjustment is more signifying than form, because it contains other marks.

There are numerous writings in the world, differing up to the fields and situations. Writings can be classified into six (6) types as follows: Ottoman writing, orthographic spelling, poetic writing, phonetic writing, Braille writing and Morse writing. All these kinds of writing have been used and still exist nowadays as means of human interaction and communication in different life fields. The Ottoman writing is the way used during the reign of the third Caliph Othman Bin Affan, may Allah be pleased with him, to write Quran. It is also called Ottoman calligraphy or script. This writing is concerned as a method which should be followed and approved, but not disregarded or violated. The word “Ottoman” here is used in reference to the Caliph Othman Bin Affan, specifically used in Arabic, and only in the writing of verses of the Holy Quran. It is meant by Quranic Mushafs the holy book Quran in various narrations, specifically Hafs reading from Assem and Warsh reading from Nafie. These two recitations are more published and spread in the world. Each of the two forms, orthographic spelling and Ottoman writing, are common in many situations, but different in some others, like adjustment. There are ten symbols in orthographic writing: the short vowels (fatha, damma, kasra), Tanwin (fathatan, dammatan, kesratan), Sukun, Shadda, alif of Medd and the small hamza that are placed above alif, waw, ya and also under the alif with Kasra. However, the adjustment in the Ottoman writing is so worthy that it contains thirty-two symbols. In addition to the ten symbols which exist in the orthographic writing, adjustment in the Ottoman writing contains twenty-two other signs. In our view, these thirtytwo marks of the Ottoman adjustment can be classified into the following eleven (11) categories: short vowels, long vowels, Tanwin, two Sukuns, small Hamza, junction adjustment, literal adjustment, word adjustment, point adjustment, lozenge adjustment, adjustment in form of zero, adjustment using color. In the three Arabic writings, orthographic, poetic or phonetic, only the first five categories (short vowels, Tanwin, two Sukuns, small Hamza, and Alif of Medd) are used. However, all the categories are used in the Ottoman writing, which is even characterized by using the last seven categories: junction adjustment, literal adjustment, word adjustment, point adjustment, lozenge adjustment, adjustment in form of zero, adjustment using color. This is done for an accurate reading and a perfect recitation of the Holy Quran, without mistakes. 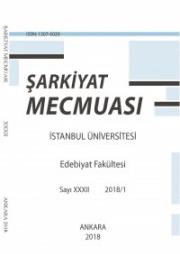