Gender and Prison Recidivism: The Influence of Protective and Risk Factors

Recidivism after incarceration is a fundamental concern for the criminal justice system. Although men remain the largest percentage of the prison population, women are entering prison at an increasing frequency. Insufficient research has looked at the influence of prison protective and risk factors on recidivism by gender or any theoretical model to consider this increase in the female prison population. Using data from a large western state in the USA, all male and female inmates incarcerated from 2009 through 2011 are evaluated in terms of protective (education, programming, community ties, relationship status) and risk factors (race/ethnicity, age, homelessness, prison conduct, gang membership, prison sentence length and type) associated with their initial incarceration or recidivism. The findings and implications are subsequently discussed. 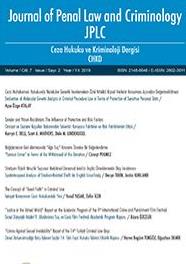