As the age at which children use technological devices and the internet decreases, they become easy targets for cybercrimes. Their vulnerability and innocence on the one hand and the accessibility and anonymity of the internet on the other create opportunities for the commitment of sexual offences against children in cyber space. One such offence is cyber grooming, which is very dangerous because of the gravity of its possible consequences on a child’s life, but also because of the significantly vague scope of application arising from the difficulties in detecting the real intent of the groomer. International legislation has influenced some national legal systems to criminalize child grooming as a separate offence. Among these, France, Belgium and Italy are of note, as they are also members of the European Union, which has a specific regulation on the subject. Turkish law has not initiated such a reaction yet. However, there exist other courses of action to criminalize cyber grooming in order to prevent such threats to a child’s physical and moral well-being. This study aims to examine the offence of cyber grooming of children for sexual purposes in comparative law and its reflection in Turkish law. 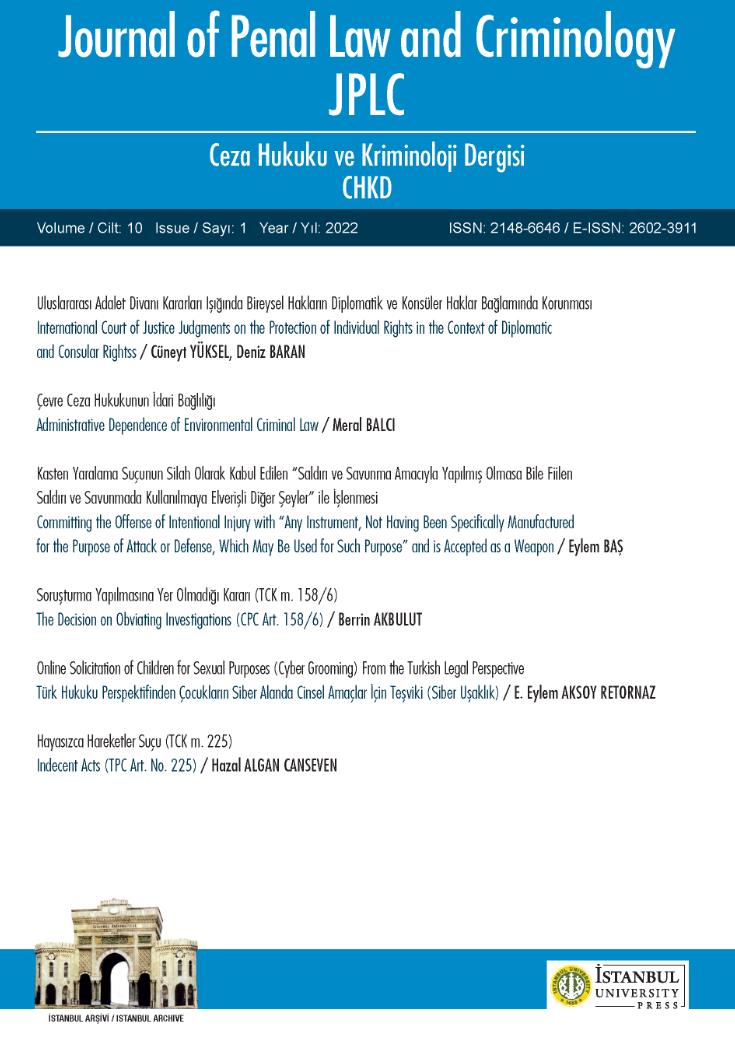