IDEOLOGICAL READINGS THROUGH THE MEDICAL RECORDS: ILLNESSES IN THE NEO-BABYLONIAN CHRONICLES AND BABYLONIAN HISTORIOGRAPHY

In this study, we will focus on the illnesses and disabilities mentioned in the Neo-Babylonian Chronicles Series (ABC 1-7 and MC 16-17, 21-26) which were compiled in the second half of the first millennium BC. The information in these records will be evaluated with regards to medical history in the first millennium BC. Particular attention will be given to the details concerning illnesses with fatal consequences for Mesopotamian and Elamite kings who had ruled before the time that the texts were compiled. It is very important to think about why the medical problems in question are included in some of the chronicles since the chronicles speak of accounts of noteworthy political and military events in general. Including information about the medical disorders concerning kings, the chronicles contents can contribute to evaluations of the relationship between the political, religious and traditional aspects of Babylonian historiography. The modern assumption, that Neo-Babylonian and certain other chronicles are “models of historical probity” and impartial texts sharing a historical critique on the records of the kings’ illnesses, will be discussed. This study is related to the historical period between the middle of the third millenium and the end of the sixth century BC. In addition, other chronicles such as the Weidner Chronicle and the Chronicle of Early Kings concerning this period will be referenced considerably as well. Cite this article as: Kağnıcı, Gökhan, “Tıbbi Bilginin İdeolojik Kullanımı Üzerine Okumalar: Yeni Babil Kroniklerinde Hastalıklar ve Babil Tarih Yazıcılığı”, Turk J Hist sayı 69 (2019), s.1-36.
Keywords: Neo-Babylonian Chronicles, Kings, Illnesses, Historiography
DOI :10.26650/TurkJHist.2019.18004   IUP :10.26650/TurkJHist.2019.18004    Full Text (PDF)

Known as the Neo-Babylonian Chronicles, the cuneiform texts were compiled (copied) by Babylonian scribes and mostly concern the historical events of both the recent and distant past. Recorded concisely and chronologically, they detail events starting from the Babylonian king Nabunassar era in 747-734 BC and continue to the period just after the capture of Babylonia by the Persians in 539 BC.

In this study, the records concerning the illnesses and disabilities of the Mesopotamian and Elamite kings in these chronicles will be discussed. We will attempt to determine the historical importance of these medical problems of the kings with regards to the medical history of Mesopotamia. Some assessments will be made concerning the relations between these records and the political, religious, and traditional aspects of Babylonian historiography. Additionally, other pieces of information in other chronicles such as Esarhaddon, Weidner, and Chronicle of Early Kings will be referred to when needed.

Although numerous Babylonian and Assyrian kings are mentioned concerning political events in the Neo-Babylonian Chronicles, the only king whose illness is mentioned is the Neo-Assyrian king Esarhaddon (681- 669 BC). The king fell ill during one of his campaigns and subsequently died. There is not much detailed information about the king’s illness in the relevant chronicles. Similarly, the chronicles do not mention the illnesses of the Babylonian kings in much detail. While the Neo-Babylonian king Nabunassar (747-734 BC) died after becoming sick in his palace, another Babylonian king Nabonidus (555-539 BC) was also ill but recovered. In brief, it is observed that the medical backgrounds of some of the numerous Babylonian and Assyrian kings are mentioned in the Neo-Babylonian Chronicles and that these references are only superficial. However, it is very clear that the illnesses and disabilities of the Neo-Elamite kings, who reigned during the 1st millennium BC, are mentioned in more detail by the chronicle scribes. What is the reason behind the fact that no detailed information is given about the illnesses of the Assyrian and Babylonian kings, while the health situations and deaths of their contemporary Neo-Elamite kings include more details? There might be more than one answer to this question. One answer might be that the scribes could not find sufficient information in the ancient sources about these issues while compiling the chronicles. In addition, statements indicating that the demise of the kings did not result from an illness and particularly that some of them “died in the palaces” are either proof of the fact that there is not sufficient information about the cause of death of these kings or it is possible that these individuals were accepted as “well-remembered figures” in Babylonian history. However, another answer (and one which is the main focus of the study) should be sought in the relation between the medical knowledge and tradition of Babylonian historiography, in which political and religious ideologies are dominant. It is possible to find pieces of information about the health problems of kings such as Esarhaddon and Nabonidus in other cuneiform sources such as the royal inscriptions and correspondence. However, only in the chronicles is it possible to encounter details about the illnesses of the Elamite kings. The records of the death of two Neo-Elamite kings following a stroke and/or paralysis can be considered as an example of the reflection of a pro-Babylonian attitude towards historiography. It is certain that the scribe or scribes, who mentioned these pieces of information, are eager to leave no stone unturned about information and the details concerning the disabilities or deaths of the Elamite kings. It should be considered that a conscious preference in deciding which pieces of information to be recorded might be related to the world views of the scribes, the relevance of the kings, the form of the illnesses to be mentioned, divine background, and the political/ideological aspects of historiographical tradition. Similarly, this relation is conspicuous in the health problems of the Sargon of Akkad and Isin king Erra-imitti written in the records of the Chronicles of the Early Kings and Weidner as well.

It is possible that some of the details concerning the illnesses of the kings might contain fabrications, exaggerations, or personal comments. However, even if these details are supported by information from other cuneiform sources or even if it is medically possible, it doesn’t change the possible views asserted in the study about the intentions behind adding them to the chronicles. Sometimes concise and sometimes relatively longer, the information provided by the chronicle writers about the illnesses of the Assyrian, Babylonian, and Elamite kings, and even about the Isin king Erra-imitti contribute to our knowledge about the medical history of ancient Mesopotamia. Independent from the individuals, since these medical cases (such as stroke, paralysis, fever, insomnia, and respiratory problems) are common in royal correspondence and literary texts and particularly in medical texts, they have no particular privilege. However, these medical details in the chronicles are important with regards to Babylonian historiography. It is observed in the chronicles that only the health problems of the kings are detailed with interest. However, some kings like the Neo-Babylonian King Nabonidus (who recovered after the illness), or kings who died without getting sick, are also discussed. Particularly in the latter case, it was also relevant that some of the scribes did not have knowledge about the causes of deaths of the kings. Additionally, it was recorded that some of the kings (like the Babylonian king Nabunassar) died in the palaces, even without getting sick. The Babylonian scribes were probably informed about the details of the illness of the Neo-Assyrian king Esarhaddon; however, they did not mention it. In fact, Esarhaddon was a Neo-Assyrian king, who was trying to revive the city of Babylonia and return it to its old magnificent days after his father, Sennacherib, wrathfully devastated the city. It can be considered that these kings were not remembered with ill feelings by later generations. However, this interpretation can involve problems, since it is a result of an overall general view about the whole life of the individual. It is also possible that they were punished with illnesses resulting in death by the gods due to their misconduct in any period of their kingdom or in any issue that might annoy (!) the gods.

Therefore, all of these examples have great importance since they reflect the dominant understanding concerning the ancient Mesopotamian historiography: a religious belief that the illness is a divine punishment arising from the faults of an individual. The common trait of almost all of the kings, about whom the chronicles give detailed information concerning their illnesses, is that they were all remembered negatively with regards to the history of Babylonia. It is possible that there was an attempt to create a perception that the patron deity of the city of Babylon Marduk (Bel) punished these kings who were in the wrong. Illnesses and deaths related with these situations were remarkable events since they demonstrated the proof of the relation between the crime and the punishment. Thus, the motives behind the intention to abstain from recording the known or fabricated medical causes of deaths of some kings should not be examined, to a large extent, in the epistemological concerns. These motives should be investigated in the relations between historiography and its political, religious, and traditional aspects. For example, mentioning the insomnia problems of Sargon of Akkad doesn’t have a medical or historical importance in itself. This record reaches significance when there is an attempt to establish relations between the current ideologies and compilation of literary narratives, whose “reality is suspicious”, that are dated to the 1st millennium BC. It might also be mentioned that, sometimes while narrating, the role and influence of these relations are behind the inclusion of the themes and contents, which are thought to arouse curiosity and interest, with a high potential of speculation. 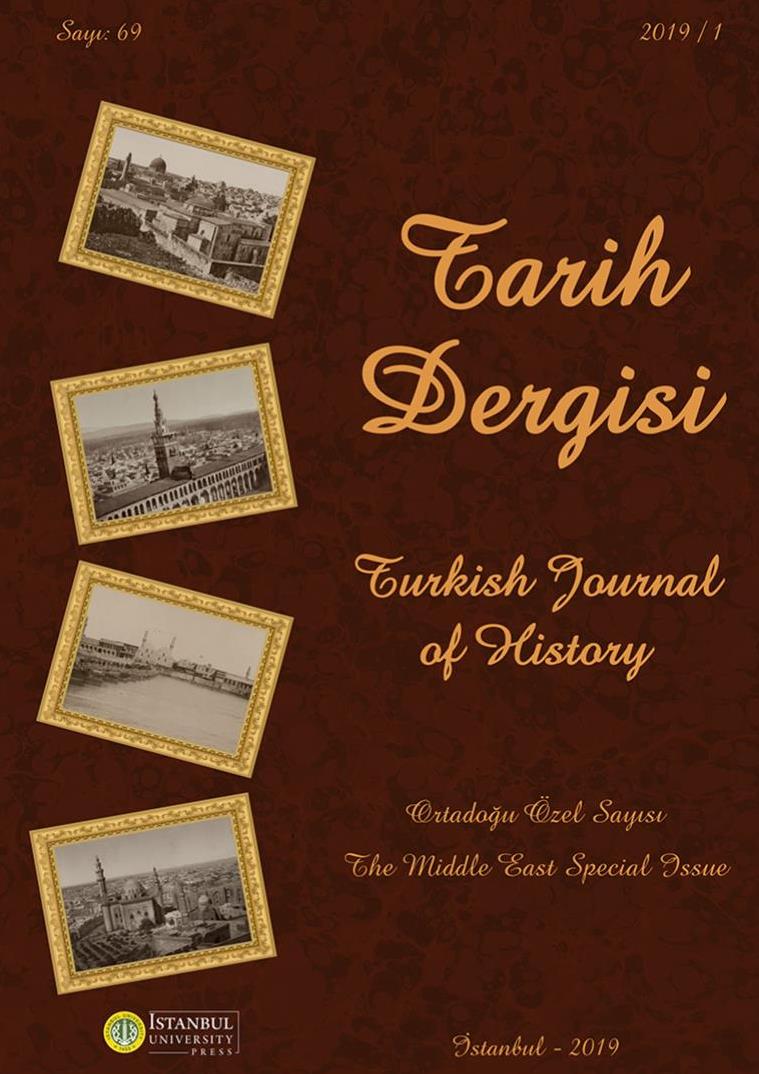