“A Humiliating Treaty Followed the Great Victory”: The Ahdname of 1573 Issued by Selim II

The Ottoman-Venetian war of 1570 began with the naval campaign against the Venetian-held island of Cyprus. Soon thereafter, the action evolved into a war between the Ottomans and the Holy League that ultimately included the battle of Lepanto, in which the Ottomans experienced a heavy defeat. Nevertheless, the Ottomans continued to fight the Holy League by rebuilding their navy the following year. The efforts of the 1572 campaigns, while not resulting in an overall victory, caused cracks in the alliance of the Holy League. Venice, for example, made a separate peace with the Ottomans, and Selim II issued an ahdname. This article will examine the aforementioned peace (ahdname) and discuss its various articles. Finally, the author will offer a general evaluation of the struggle between the Ottomans and Venice.

The Ottoman conquest of Cyprus in 1571 caused great distress in the Catholic world. Due to the efforts of Pope Pius V, the conquest also led to the establishment of a Holy League against the Turks. Soon after the fall of Famagusta, the Ottoman navy was virtually destroyed in the battle of Lepanto by a fleet of the Holy League. This sea battle was a great victory for the Holy League, and historians have rightfully interpreted it as such. Conversely, further developments, such as the dissolution of the Holy League and the Venetian diplomatic attempts to make peace with the Ottomans, demonstrate that the effects of this victory were short-lived. In the end, Venice requested peace, and following negotiations, reached an agreement with the Ottomans. On March 7, 1573, Selim II issued an ahdname, and with that, the war between the two states was officially over.

The ahdname of 1573 has been briefly mentioned by several historians, and numerous transliterations of two existing copies have been published. However, there are some gaps and misinterpretations in the literature regarding its articles. Furthermore, this ahdname was a renewal of the ahdname of 1567, which itself was a renewal of the 1540 ahdname. In order to have a thorough understanding of the ahdname of 1573, one needs to be conversant with all these three texts. Mahmut Şakiroğlu tried to do just that and published a comparative study of the two texts but omitted the 1540 ahdname.

The ahdname of 1573 obliged Venice to pay 300,000 ducats to the Ottoman Empire. This requirement has been interpreted by several scholars as comprising reparations. Some scholars have even argued that the money had to be paid to the Ottoman Empire to cover the expenses of the Cyprus campaign. Although this payment can be seen as reparations at first glance, both the Ottomans and the Venetians preferred not to use this term and instead simply called it a “payment.” A similar payment existed in the ahdname of 1540, where again it appeared under this term. However, when ambassadors paid installments, and the Ottomans received them, different names started appearing in the letters, including “pişkeş” (gift) or “kesim” (tax). Other letters and chronicles show that the Ottomans had sought the amount as a precondition for issuing the ahdname. In this regard, I prefer to interpret and define this payment as the “price of friendship.”

When the decision to reach peace was made, the Ottoman castle of Sopoto was under Venetian control. Together with the 300,000 ducats, the Ottomans asked Venice to return the castle. This demand, I argue, was also a “precondition” for peace as well as the “price of friendship.” In the ahdname, it was made very clear that both Bosnia and Albania would return to their prewar borders. Based on this term of the ahdname, Sopoto Castle would have become Ottoman property in any case but because this transfer was to be a precondition of the ahdname and its other details were not yet set, the Ottomans asked for the castle to prove the Venetian desire for friendship. A similar demand had been made in 1540, when the Ottomans got the last Venetian castles in Morea, Nafplio, and Monemvasia, in precisely the same way.

As I mentioned above, the ahdname of 1573 defined Ottoman–Venetian borders in accordance with the principle of status quo ante bellum. Although this principle sought only a return to the prewar borders, which sounded very simple, it took approximately three years to draw the final border due to constant disagreements and local uprisings. In the end, the two states settled their dispute, but the Ottomans never returned Ulcinj and Antivari.

The ahdname of 1573 regulated the following two different tribute issues as well: Cyprus and Zante. The Venetians had been paying tribute for Cyprus to the Ottomans since 1517, but during this war, as the Ottomans had captured the island, the Venetians no longer had to pay the tribute of 8,000 ducats. The ahdname does not mention Cyprus other than in this specific article and does not discuss its sovereignty. By accepting the abolishment of the Cyprus tribute, Venetians implicitly accepted the Ottoman jurisdiction over the island. In the second tribute regulation, the Ottomans increased the tax of Zante, an Ionian island held by the Venetians since 1485, from 500 ducats to 1,500 ducats.

At the beginning of the war, both sides arrested each other’s subjects and confiscated their merchandise and properties. With the 1573 ahdname, all the arrested subjects of the two parties were to be released and their properties returned. If the merchandise had been sold or disappeared, the states had to offer compensation.

Although the Ottomans suffered a great defeat in the battle of Lepanto, they managed to compensate for their loss at the diplomatic table. On the contrary, Venice not only lost territory but also had to accept burdensome terms, including the sizable payment and increases in its previous tribute. In this sense, following a great victory, the Venetian Republic suffered a humiliating peace. 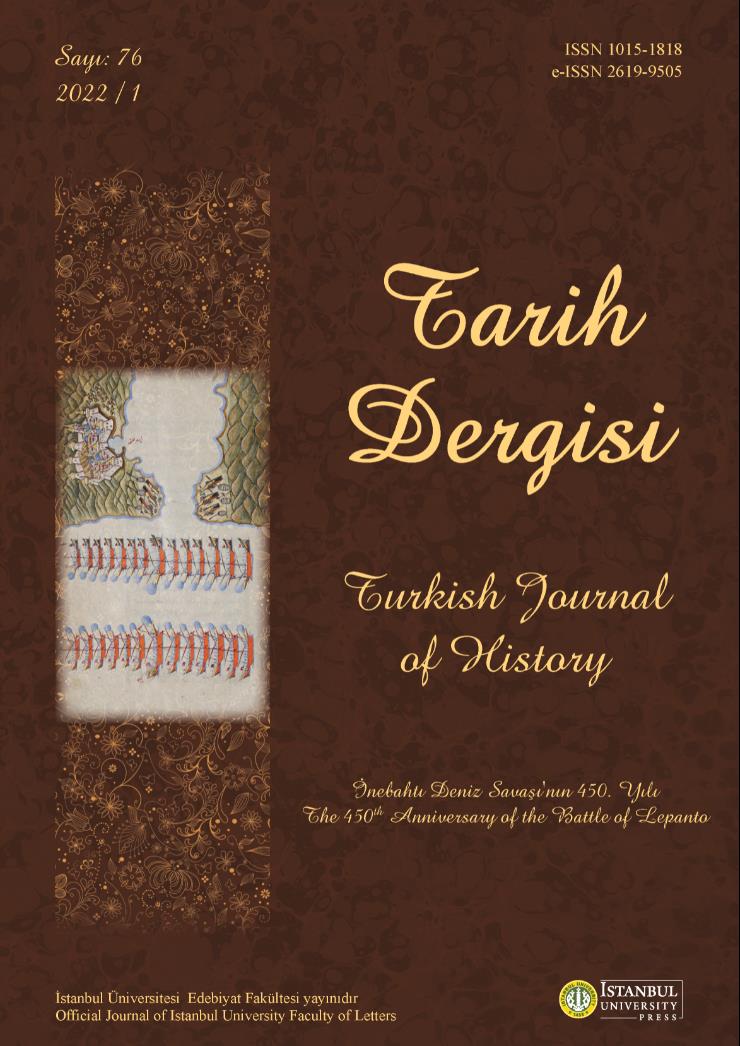