Celebrities in Digital Activism: An Evaluation of ‘Ahbap Platformu’

With the power to speak to a wide audience celebrities can create an awareness in society and mobilization can be ensured by transfering meaning between celebrity identity and an activist purpose. This study is based on the fact that celebrities’ ability to access a wide audience by channeling their activist identity through their social media accounts. This study aims to examine how celebrities reflect their activist efforts and identities in their social media accounts. Haluk Levent’s official Twitter account, who’s been considered as an activist celebrity, is examined using the purposive sampling. This sample was chosen because of his popularity due to celebrity activism, and his

growing ability to reach more people. The content analysis technique was used. The analysis was limited to the period between 15.10.2018-15.12.2018. As a result of the study, the majority of the retweets belong to the ‘Ahbap Platformu’. In this context, he highlights the work of volunteers, associating his personal brand and the organization. He has tweeted about various social issues, notably ‘Health’. The tone of the text appears to be mostly warm in both the activist and non-activist content. According to the celebrity activism model, his Twitter activism can be categorized as ‘Spokesperson’.

Cammaerts (2007, p. 217) defines activism as the ability to create or change history. Digital technologies help to create a new channel for activism. Internet activism or rather, social media activism, is a sub-type of digital activism. According to the literature there are certain types of digital activism such as slacktivism, clicktivism, and hacktivism. Considine (2003, p. 134) refers to two types of digital activism strategies. The first one supports real life activism via digital content, and the second one is content created by activists just for the digital media and the Internet. Celebrities have been important figures in activism for a long time. Celebrity activism can be seen as the celebrity endorsement strategy of non-governmental organisations. Celebrities can be helpful for different issues such as raising awareness, fundraising, etc. However, if the celebrity activism and the celebrity involved in the cause are not sincere then this strategy does not work well. Celebrity activism is associated with role modeling, and McCracken’s meaning transfer model. According to McCracken’s (1989) meaning transfer model, consumers have certain perceptions of celebrities and those perceptions are transfered to the brand through celebrity endorsement. This also works for non-governmental organisations and social causes. Huddart (2005) developed a model for celebrity and civil society engagement. According to his model there are 4 types of celebrities in activism, namely; Patron, Spokesperson, Ambassador/Author, and Visionary Leader. Digital technologies are now serving as a new tool for activism. They are also serving as a new tool for celebrityactivism. Being a celebrity can only be possible through constant interaction with the public, and social media provides a good channel for interaction. Celebrities can join activist movements via their social media accounts by tweeting, using hashtags, etc. or they can start their own. Moreover, celebrities have a chance to reach a wider audience on their social media accounts.

This study aims to examine celebrities’ reflections of their activist efforts and their activist celebrity identities on their social media accounts. In line with this objective, Haluk Levent’s (a Turkish singer) official Twitter account was examined using purposive sampling. There are multiple reasons for this choice of celebrity. First of all, Haluk Levent’s popularity has increased through his celebrity activist image. Secondly, it is seen that his number of Twitter followers is increasing steadily. This can be interpreted as his growing ability to reach more people, and to be reached by more people. The analysis was conducted using the content analysis technique. The analysis was limited to the period between October 15, 2018 and December 15, 2018. In total, 513 posts were examined.

As a result of the study, it was determined that the majority of the posts belonged to the official Twitter account and 8.1% of the posts were retweets. The majority of the retweets belonged to the non-governmental organization established by Haluk Levent. This can be interpreted as his efforts to focus attention on his organization and the efforts of volunteers. The majority of the tweets had visual content. Visuals are considered as helpful tools to attract followers’ attention. The majority of the tweets were related to ‘Health’ issues, followed by ‘Donations and Scholarships’. When the text tone was examined it was seen that a warm tone was used in both activist content and non-activist content. This can be interpreted as him attempting to establish intimacy with his followers and to encourage them to work cooperatively. Finally, according to the celebrity activism model and his Twitter usage, he can be categorized as a ‘Spokesperson’.

As a result, it can be said that the findings of the content analysis are consistent with the literature. First of all, he is known as a person who supports social aid on social media, and this is supported by his tweets. In the literature it is said that being a celebrity relies on the interaction and intimacy between the celebrity persona and the audience. This also applies to celebrity activism. His Twitter usage shows just such an example of establishing intimacy between the celebrity, audience, and activism. 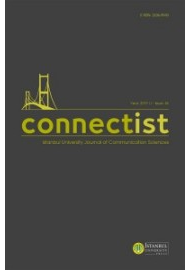