Perceptions of Democracy in Turkey: Gender, Ethnic, and Religious Dynamics

Utilizing 60 interviews, we examine how people belonging to different gender, ethnic, and sectarian groups in Turkey define democracy and the democratic state. An analysis of the interviews reveals that women emphasize gender equality, while Kurds and Alevis focus on rights and freedoms in their definitions of democracy. Male Sunni Turks, on the other hand, focus on economic welfare. On the basis of these results, we argue that identity groups that have a problematic relationship with the state are more likely to define democracy in terms of rights and freedoms, whereas those who do not have a problematic relationship with the state are more likely to consider economic issues as central to democracy. This research also examined people’s expectations of a democratic state. When male Sunni Turks indicated that equality is among their expectations of a democratic state, they formulated it in terms of the state realizing economic equality. Female Sunni Turks, Kurds, and Alevis, on the other hand, emphasized the provision of equality among different ethnic and religious groups in their expectations of a democratic state. These important differences among identity groups in Turkey in terms of their attitudes toward democracy and the democratic state illustrate the problems involved in consolidating democracy as well as significant challenges in lessening social differentiation regarding this issue.
Keywords: Definitions of democracy, Turkey, identity groups
DOI :10.26650/JECS356672   IUP :10.26650/JECS356672    Full Text (PDF)

Disputes over the meaning of democracy make it difficult to find a clearly definable use for the term, which could be identified as correct. People’s definitions of democracy vary because factors including historical baggage, and gender, ethnic, and religious identity shape what people understand from democracy. Dalton, et al. (2007) suggest that definitions of democracy focus on one of three things: institutions and procedures; rights and freedoms; and social benefits. While some scholars focus on elections in their definitions of democracy (Huntington, 1991; Schumpeter, 1943), others suggest that non-electoral features of a democracy, such as the rule of law, deserve equal consideration (Diamond, 1999). Both approaches are criticized by those who argue that definitions focusing only on procedures and institutions or freedoms and liberties tend to neglect the significance of social and economic outcomes of democracy. Huber, et al. (1997), for example, argue that a democracy solely based on institutions and guarantees of freedoms does not always produce social and economic equality. The vast diversity of definitions of democracy—among citizens of the same nation as well as among different nations—should be recognized. Indeed, the scarce literature on citizens’ views on democracy (Ferrin & Kriesi, 2016) demonstrates that people conceptualize democracy in various ways (Baviskar & Malone, 2004; Bratton & Mattes, 2001; Canache, 2012; Carlin & Singer, 2011; Dalton, et al., 2007; Miller, et al., 1997; Shin & Cho, 2010). Depending on their experiences, people prioritize some components of democracy over the others (Bratton & Mattes, 2001), which in turn shapes their attitudes toward it. For example, while more than 40 percent of people in established democracies of the West define democracy with reference to rights and freedoms (Dalton, et al., 2007), many people in other parts of the world equate democracy with more access to health and education, less poverty, and more equality (Baviskar & Malone, 2004). In some African countries, people include economic components such as jobs for everyone, quality education, and a smaller income gap in their definitions of democracy (Bratton & Mattes, 2001). Similarly, the majority of citizens of Algeria and Lebanon consider characteristics such as low economic inequality and basic necessities for all as more essential to democracy than political characteristics (Tessler, et al., 2012).

Drawing on this literature, we investigate how different groups in Turkey, a country that is predominantly Muslim and highly polarized across sectarian and ethnic lines, define democracy. We study whether there are differences between men and women, Kurds and Turks, Alevis and Sunnis in terms of (1) their definitions of democracy and a democratic state and (2) their expectations of a democratic state.

We conducted 60 in-depth interviews in five cities in Turkey between April 2014 and July 2014. Participants were selected through purposive sampling for the sample to represent different gender, ethnic, sectarian, and socioeconomic groups in Turkey, enabling us to compare various groups’ views on democracy. We asked participants the following questions: (1) What is democracy? (2) What are the most essential features of democracy? (3) What does a democratic state mean to you? (4) What is the role of the state in a democratic society? All interviews were recorded and transcribed. During the analysis of the interviews, we coded for patterns and emerging themes by using grounded theory (Glaser & Strauss, 1967). 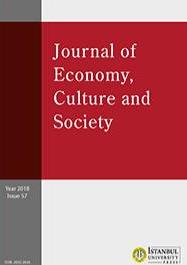