Intertextuality on The Definitions and Examples of Historical Dictionaries

Each dictionary affects those to be written thereafter , as well as being influenced by those written before. Dictionaries use similar language materials. In literary texts each discourse gives way to the next , and, to a greater or lesser degree, every literary text repeats what has previously been written. There is no definite opinion on the level of intertextuality between dictionaries, on the extent to which a dictionary can be influenced by other dictionaries, nor on what 'intertextuality' in dictionaries is, and what is related to 'copyright'. Studies related to this topic are typically more concerned with copyright and ethics. This study deals with issues such as the extent to which definitions in dictionaries are similar to each other, the timing of the preparation of a new dictionary, whether the copying – in whole or in part - of individual definitions given in previous dictionaries is a copyright issue, and whether similarities or differences should be accepted as intertextuality. This subject will be examined from the perspective of historical dictionaries.

Aslan, E. Intertextuality on The Definitions and Examples of Historical Dictionaries. The Journal of Linguistics, [Publisher Location], v. 0, n. 35, p. 15-26, 2020. 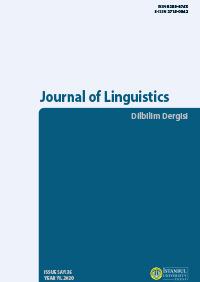