Google Journalism: SEO News as a ‘Necessary Evil’ in the Digital Age and the Deformation of News for the Sake of ‘Clicks’

SEO (Search Engine Optimization) is one of the newest and most widespread journalistic practices in contemporary journalism. Making newsworthy the topics most searched for on Google, by journalists known as SEO editors, has given rise to a Google-focused journalistic practice. Although they are now widespread in Turkey and throughout the world, search engine optimization and SEO journalism are still new, and have yet to be considered in the literature as journalism per se. Analysis of the ethical problems created by SEO news remains lacking; this study aims to make a contribution to the field. Semi-structured interviews were held with 15 professional journalists employed by Hürriyet, Sabah, Habertürk, Sözcü, A Haber, T24 and Diken, all of whom had personal experience on the topic. According to the study results, journalists see the production of SEO content as a necessity for newspapers to be able to compete in the digital world, despite its negative aspects. According to the journalists, the ethical problems created by SEO news items published

on news portals and newspaper web sites are: a) the creation of a Google-focused journalistic practice; b) the use of click bait headlines, with no answer in the news item to the question(s) posed; c) spam content and excessive repetition of keywords; d) exploitation of shocking events; e) the robotization of journalists; f) the creation of information pollution; g) the manipulation of public expectations; and h) ethical principles being left up to the conscience of the journalists On the other hand, although SEO news might not have the same news value as traditional journalism, it is not perceived as an ethical problem by journalists.

Search engine optimization, performed by turning into news the most-searchedfor words or topics on Google, is one of the newest and most widespread journalistic practices to appear in digital journalism. So-called “Google journalism” appeared in response to the news consumption habits of a large segment of internet users who tend to find everything in Google. This content, known as SEO news, is produced by SEO editors in line with Google trends. The aim of journalists is to turn the keywords and sentences searched for by Google users into news, and the search results into front page fodder.

Although they are now widespread journalistic practices in Turkey and the rest of the world, search engine optimization and SEO journalism are still relatively new, and have been considered very little in the literature. The ethical problems created by SEO news have been only minimally assessed, and this study aims to make a contribution to the field. Thus, it considers the troubled relationship between SEO news and professional journalistic principles and ethics in the light of journalists’ direct experience. The study was conducted by means of semistructured interviews with 15 professional journalists working at Hürriyet, Sabah, Habertürk, Sözcü, A Haber, T24 and Diken in Istanbul between the dates of 15-20 January 2018 and 16-22 April 2018. Eight of the journalists were employed as SEO editors, and seven were internet newspaper/news portal managers/editors. In interviews with the journalists, a prepared form was used, and open-ended questions were asked.

A significant result obtained from the study was that Google-focused journalistic practice was seen by the journalists as necessary for survival in the digital world, despite the ethical problems which it created or could create. In the digital world, page views (clicks) are still the first condition for obtaining advertising, and to a significant extent, newspapers take account of page views from readers accessing the news via Google. According to the journalists, worries about advertising and news consumption habits force newspapers into search engine optimization and “Google journalism.” One of the journalists described SEO news as a “necessary evil.”

According to the journalists, the most widespread ethical problem created by SEO news items on web sites and news portals is the use of click bait headlines. Click bait headlines attract the reader’s attention to the news item in the form of a question, yet the article itself does not contain anything of true relevance to the topic, or anything new. All of the journalists interviewed stated that the lack of an answer in the news item to the headline question in SEO news was the most widespread ethical infringement and the one which made them most uncomfortable.

According to the journalists, another frequently encountered ethical infringement in SEO news was the production of spam content by constantly repeating keywords in the news item text in order to be visible on Google. This SEO strategy was characterized by the journalists as disrespect to the reader. They said it was effective in boosting it to the top of search results, but that it made articles hard to read.

One of the most important strategies used by SEO editors to place news items atop Google search results is to include in the headlines actual questions from user searches. However, headlines citing sensitive events such as death or rape made the journalists most uncomfortable. They remarked upon a headline, “Is he dead?” in a story of a child who was still alive as “exploitation of a traumatic situation.”

Although emphasized by fewer journalists, other ethical problems mentioned were the creation of information pollution by SEO news, thus reducing the visibility or readability of important items, the manipulation of public opinion by creating artificial expectations which could not be met in real life, and the robotization of journalists by Google-focused journalism.

Another important problem mentioned by the journalists was that in SEO news, the only ethical limits were those of the journalists’ conscience. The journalists emphasized that different practices might exist in other organizations, but they stressed that SEO news, like other news, must be prepared with primary consideration to ethics and human values.

In conclusion, the journalists ranked the ethical problems relating to SEO news as follows: a) the creation of Google-focused journalistic practice; b) the use of click bait headlines, not answering the question in the news item; c) spam content: the excessive repetition of keywords; d) the exploitation of shocking news; e) the robotization of journalists; f) the creation of information pollution; g) the manipulation of public expectations, and h) leaving ethical principles to journalists’ conscience. Despite these negative aspects, the journalists accepted SEO journalism as a new journalistic practice which had grown out of the conditions of competition. 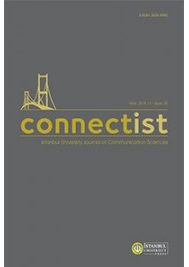